An important Anglo-Saxon manuscript acquired for the nation

Following hot on the heels of our triumphant Anglo-Saxon Kingdoms exhibition, we are delighted to announce that a 10th-century Anglo-Saxon manuscript has been added to the collection of the British Library. Comprising a single leaf of a benedictional, the manuscript in question has been acquired from the estate of Stephen Keynes. It will now be available for consultation by researchers in our Manuscripts Reading Room (Add MS 89378), and it can be examined online on our Digitised Manuscripts site. We plan to display it in the Treasures Gallery at the Library later this year. We are extremely grateful to the British Library Collections Trust for generously supporting the acquisition of the benedictional leaf. 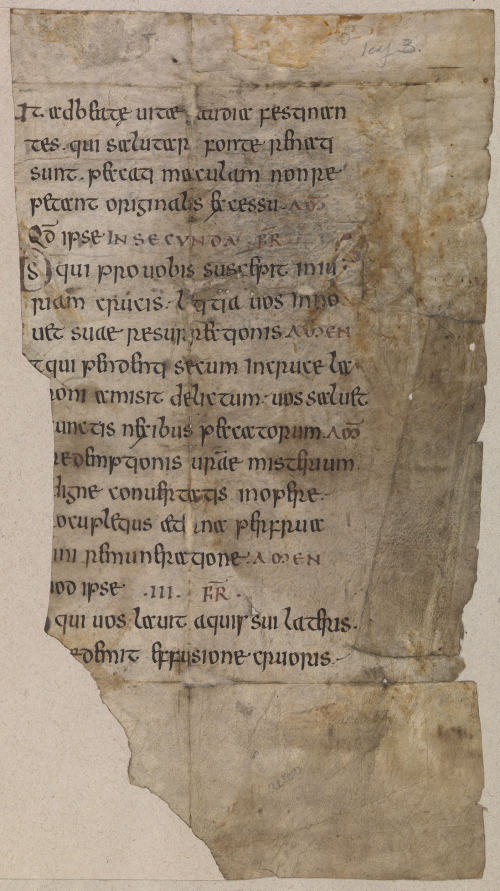 The acquisition of this benedictional leaf is significant for everyone who studies the politics and liturgy of Anglo-Saxon England. Curiously, it is written in a transitional form of script, known as English square minuscule, rather than the more traditional English Caroline minuscule. This points to an early date of production for the benedictional. Along with two other leaves which survive from the same manuscript, now held in the USA, it has been described by David Dumville as constituting ‘the earliest known English benedictional (if, that is, they were not once part of a sacramentary)’ (Liturgy and the Ecclesiastical History of Late Anglo-Saxon England (Woodbridge, 1992), p. 76). 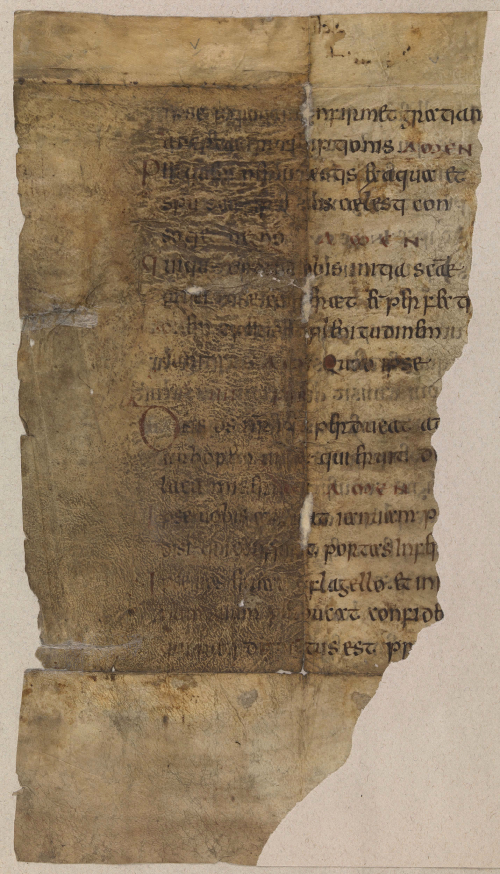 The leaf is written in English square minuscule, and at some stage seems to have been re-used as a binding fragment: Add MS 89378, f. 1v

We are very excited by the prospect of researchers having access to this manuscript in the Library. It is potentially related to other English benedictionals, including the Benedictional of St Æthelwold, also held at the British Library (Add MS 49598), together with Paris, Bibliotheque nationale de France, ms. lat. 987, and Exeter, Cathedral Library, MS 3548C. It is also of great importance for the study of English Benedictine reform in the 10th century, for the study of 10th-century English politics, and for the development of English square minuscule script. 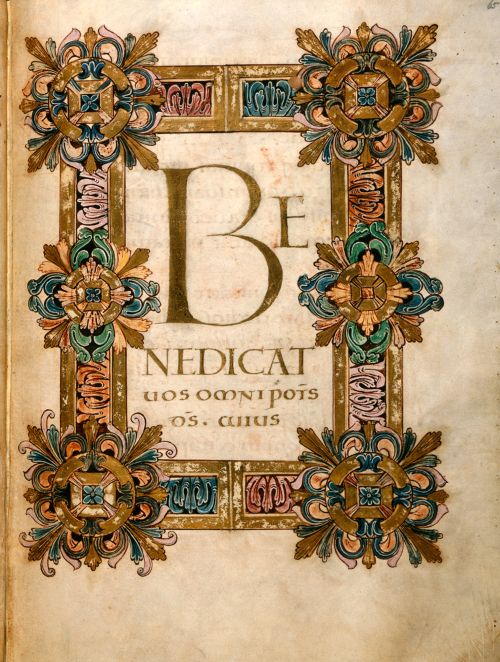 The benedictional leaf is related textually to the Benedictional of St Æthelwold: Add MS 49598, f. 65r

One major research question we may mention here is whether the benedictional, when originally intact, once belonged to Archbishop Dunstan of Canterbury (959–988), a key figure in the monastic reform movement. Dunstan’s benedictional was attested at Glastonbury Abbey in 1247–48, and again by John Bale when writing to Archbishop Matthew Parker on 30 July 1560 (Cambridge University Library Add MS 7489): ‘I had also Benedictionum archiepiscopale Dunstani, the oldest boke that ever I sawe yet, and most straungely written, but yet legyble to hym that was acquaynted with that kynde of writynge; but now all are dispersed.’ The benedictional owned by St Dunstan is now presumed lost, but we can at least assume that our new manuscript was used by monastic reformers in the 10th century.

The three surviving leaves of this Anglo-Saxon benedictional once formed part of the collection of Sir Thomas Phillipps (his MS 29721). They were together when auctioned at Sotheby’s in 1972, and then sold individually by Maggs Bros. between 1976 and 1980. The leaves in question are now held at Harvard, Yale and the British Library:

One of the great successes of Anglo-Saxon Kingdoms was that it demonstrated that we continue to learn more about the history and culture of this period. Among the new discoveries showcased in the exhibition was the recovery of erased slavery records in the Bodmin Gospels, revealed using multi-spectral imaging. In turn, much still remains to be discovered about the benedictional leaf, and we hope that it stimulates research for many years to come.

This is the first of two exciting acquisitions from the estate of Stephen Keynes. We will be announcing the second soon on the Medieval Manuscripts Blog.