We are very pleased to have loaned three miniatures from our collection to the National Gallery of Umbria, Perugia, for their exhibition of works by Cesare Franchi. You can visit the exhibition from 13 April until 9 June 2019.

Cesare Franchi (c. 1560–1598), nicknamed il Pollino, was a leading miniaturist from Perugia. He worked in Rome and Perugia, creating fine quality miniatures that resemble tiny versions of late Renaissance paintings. As well as his art, Franchi is also known for his dramatic death. He was condemned for killing a masked reveller who insulted him during the Carnival. His fellow artists petitioned the Pope for a reprieve, but without success, and he was executed for murder. The shortness of Franchi’s career only adds to the rarity of his artworks. 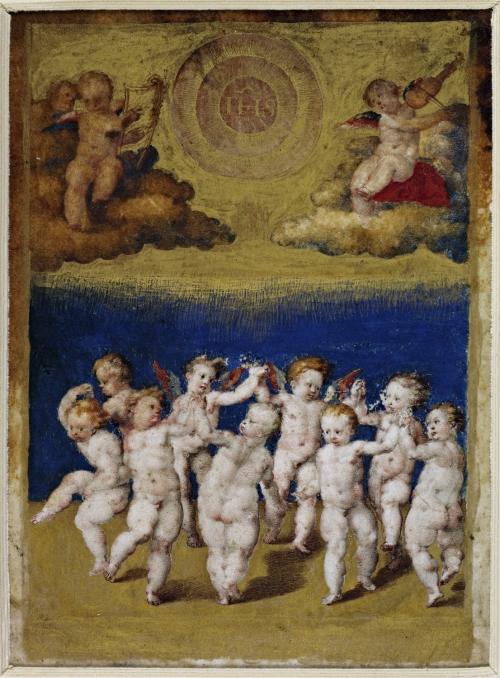 This miniature attributed to Franchi shows the Adoration of the Name of Jesus. The sacred monogram ‘IHS’, an abbreviation of the name of Jesus in Greek, appears in a shimmering gold roundel in the sky. On either side, winged cherubs sitting on clouds are playing musical instruments. Below, nine putti dance in a circle. Putti is the name given to the naked toddlers that often feature in Renaissance and Baroque art. Here, they seem to represent heavenly beings who express joy inspired by the name of Jesus. 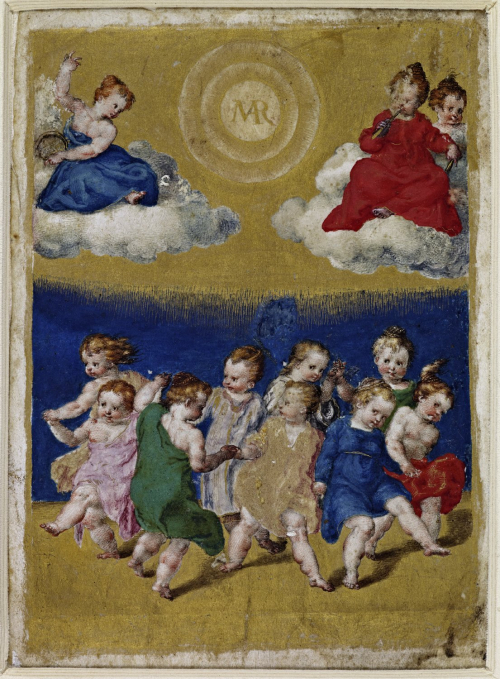 While the male putti celebrate the name of Jesus, this group of girls dance in Adoration of the Name of the Virgin. The composition is the same, except here the sacred monogram reads ‘MAR’ for Maria. The two companion miniatures were probably cut out from a liturgical manuscript. 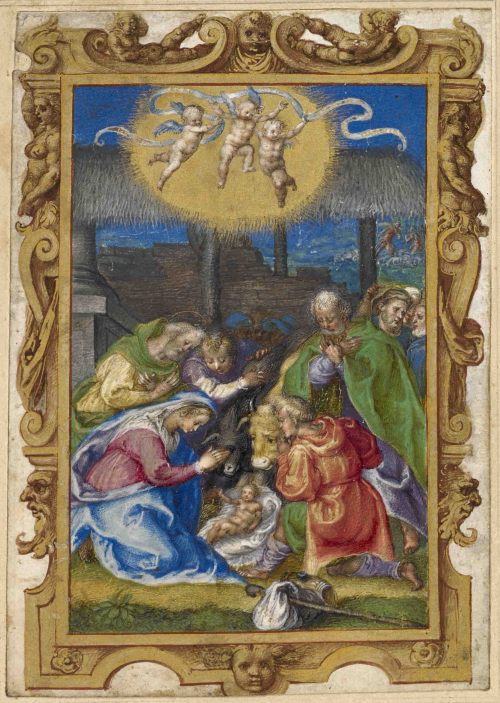 The Adoration of the Shepherds: Add MS 54246

This tender miniature depicts the Adoration of the Shepherds, the scene when the shepherds came to visit the Holy Family after the Nativity of Christ. The baby Jesus lies on a cloth in the middle of the image. The shepherds, ox and ass gather reverently around him, along with Mary and Joseph who are identified by their haloes, on the left. Above, three cherubs bear a scroll inscribed Gloria in excelsis deo et in terra pax hominibus (‘Glory to God in the highest and peace on earth among men’, cf. Luke 2:14).

Although he was well-known in his time, just over a dozen miniatures attributed to Franchi survive today. We are very proud that our three examples can join his other outstanding works at this important exhibition. We strongly recommend that you visit them at the National Gallery of Umbria, Perugia, from 13 April – 9 June 2019.