Will I have a long life? Am I going to find the person I want? Am I to become successful? If you’ve asked these questions about your future, keep on reading, as we might have the answer for you, from ancient times. 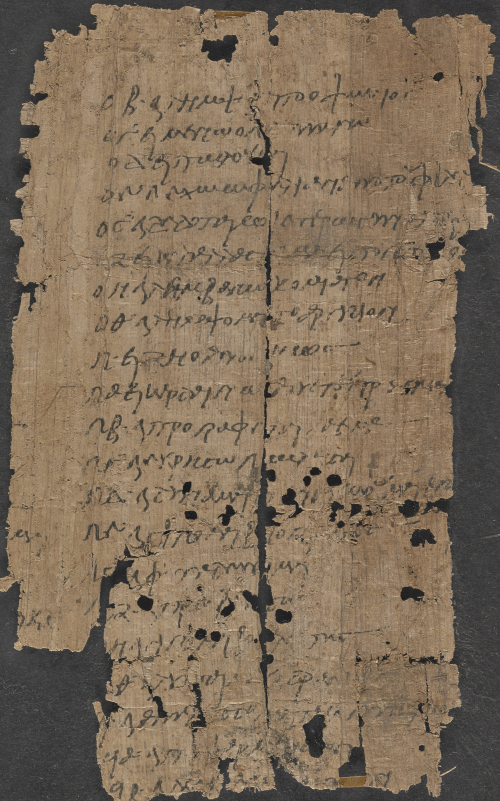 The British Library's collections include a papyrus from Oxyrhynchus, in Egypt, that contains part of the so-called ‘Oracles of Astrampsychus’ (Sortes Astrampsychi) (Papyrus 2461 verso). This is an oracle book that provides answers to a fixed set of questions of a personal nature. Among the questions preserved in our papyrus are the following:

‘Am I to recover from my illness?’

‘Am I to profit from the affair?’

‘Will I become a senator?’

‘Have I been poisoned?’

‘Am I to be separated from my wife?’

This text originated in the 2nd century AD and comprises 92 questions (numbered from 12 to 103) and 103 sets of ten answers (decades). By adding the number of the chosen question to a number between one and ten, randomly given by the customer — clearly divinely inspired — the fortune-teller would look up a table of correspondences. This would lead to a specific decade, and the random number provided by the inquirer would then identify the final response. This papyrus does not preserve any of the decades of responses, but other papyri do, such as P.Oxy. LXVII 4581.

Another fortune-telling practice attested in Roman Egypt relied on the so-called Homeromanteion (‘Homer oracle’) or ‘Scimitar’, a name attested in another papyrus from Oxyrhynchus (P.Oxy. LVI 3831). This same papyrus also provides instructions on how to use the oracle.

‘First, you must know the days on which to use the Oracle; second, you must pray and speak the incantation of the god and pray inwardly for what you want; third, you must take the dice and throw it three times.’ (translated by P. J. Parsons)

The sequence of the three numbers obtained allows one to identify a corresponding Homeric verse, which would be introduced by the same sequence. For example, if one gets 4, 6, 3, the sequence 463 corresponds to Odyssey XX 18:

Have courage, heart. You have endured far worse.

The British Library holds one of the three papyri that preserve this text: Papyrus 121 is a magical handbook written on a roll over two metres long, with the Homeromanteion placed at the beginning. 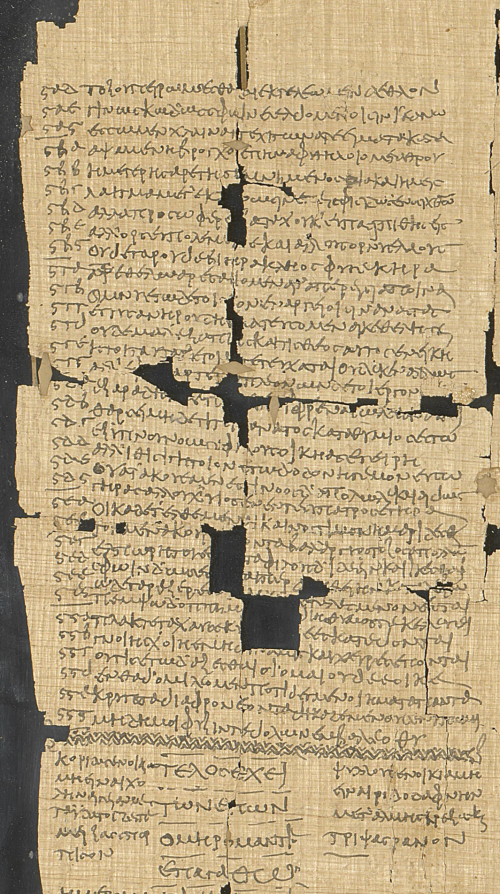 Last column of the Homeromanteion from Papyrus 121

If you want to dispel your doubts, we suggest you either do it the old-fashioned way — by casting the dice three times, identifying the sequence of numbers, and reading the corresponding Homeric verse in Papyrus 121 — or, if you have no dice to hand, there is also an online simulator.

If you are eager to learn more about the use of writing in relation to divination, don’t miss the British Library's major exhibition, Writing: Making Your Mark, which opens on 26 April.