Writing the story of writing: a new exhibition

On 26 April a new landmark exhibition opens at the British Library. Its theme is broad but it is also personal and intimate: Writing: Making Your Mark traces the incredible story of how we write. 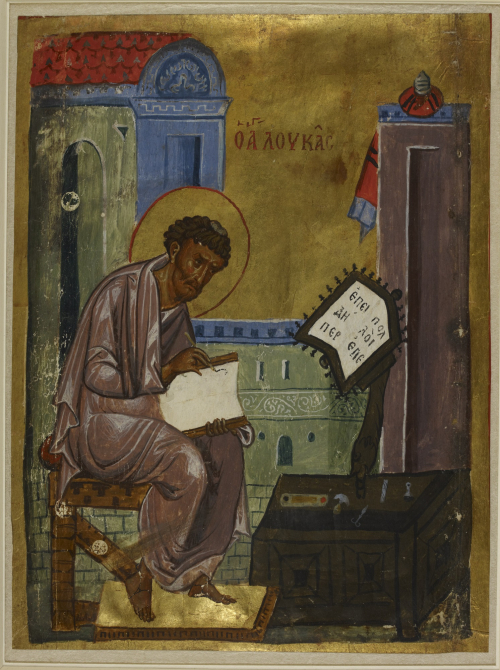 Writing on a page: a portrait of St Luke the Evangelist from a 12th-century Byzantine gospel-book: Add MS 5112/1

Jotting notes, sending texts, typing emails — all are part of our daily lives. Writing surrounds us. It lets us communicate with people we don’t see and may never meet. It allows our great-grandparents to talk to us from the past through their handwritten letters and postcards. Through it, we can leave messages to future generations which they may or may not read. We take all this for granted without necessarily being aware that, with every single letter we put down, we are part of the 5000-year story of writing.

Hieroglyphs from the back of a 2nd or 3rd-century Greek papyrus: Papyrus 2

Writing: Making your Mark is an opportunity to think about this amazing human invention and the incredible journey made by writing worldwide in the last 5 millennia. From ancient cuneiform tablets, carved hieroglyphs, long papyrus scrolls and gold-blazed parchment leaves to printed and typewritten pages or computer screens, we reflect on how writing has changed they ways we think, feel and see the world. 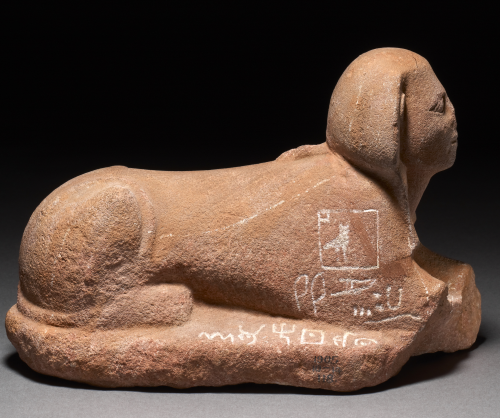 One of the oldest attestations of an alphabetic system survives on the base of this sphinx, with the ancestors of our letter 'M' (as water on the right) and 'a' (as the ox-head) next to it (Sinai, 1800 BCE): British Museum EA 41748 (courtesy of the British Museum)

Writing: Making Your Mark is a remarkable opportunity to display some of our ancient and medieval treasures in a new light and in a global context, surrounded by examples from other periods and cultures. 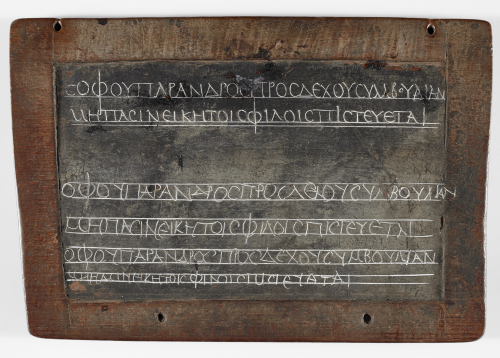 A 2,000-year old Greek homework-book illustrates the humble beginnings of a career in writing. A prosaic document, recording the sale of only a twelfth part of a land and house in Ravenna, is the longest intact papyrus in the British Library. Its script, written at times rather carelessly by a notary called John, shows letter-forms developed by the Roman imperial administration, which mark the beginnings of our lower-case letters and are direct predecessors of the characteristic insular script of early medieval England.

Detail from the Ravenna Papyrus, AD 572, with the scribe recording his name ('scribsi ego Johannis') using the 'lower-case' letters of the New Roman cursive: Add MS 5412

One of the earliest examples of the new script developed in the court of Charlemagne in the late 8th century shows us the roots of the New Roman typeface, that went on to the printed page in the early 16th century and then on to our screens as Times New Roman. 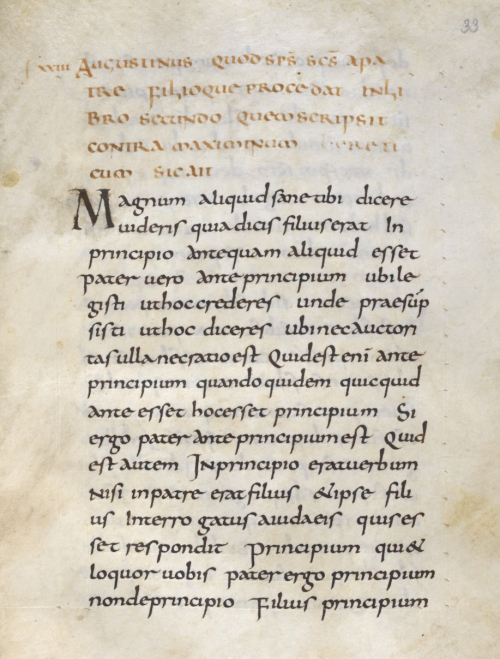 An example of Carolingian minuscule from a manuscript of Theodulf of Orléans's De Spiritu Sancto, made between 809 and 816: Harley MS 3024, f. 33r

The exhibition concludes by looking at the future of writing, asking how humankind will make its mark in the coming years. Come and join us on this amazing journey.

Writing: Making Your Mark will be open at the British Library from 26 April to 27 August 2019.