Currently on display in the Treasures Gallery at the British Library are these two images of Hercules, one of the greatest heroes in Greek mythology. They are found in manuscripts of the Histoire Universelle, a medieval history in French of the ancient world from Genesis to the Romans. The Histoire also features the legends of Ulysses and the Trojan wars, which were very popular in the Middle Ages and were widely adapted, translated and illustrated for medieval audiences. (You can read more about this subject in our previous blogpost about the legend of Troy.) 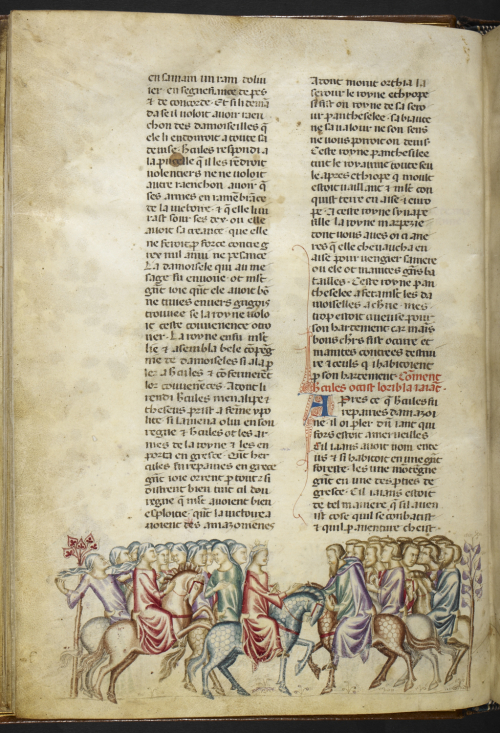 Meeting between Hercules and the Queen of the Amazons, in Histoire ancienne jusqu'à César (Naples, 2nd quarter of the 14th century): Royal MS 20 D I, f. 25v 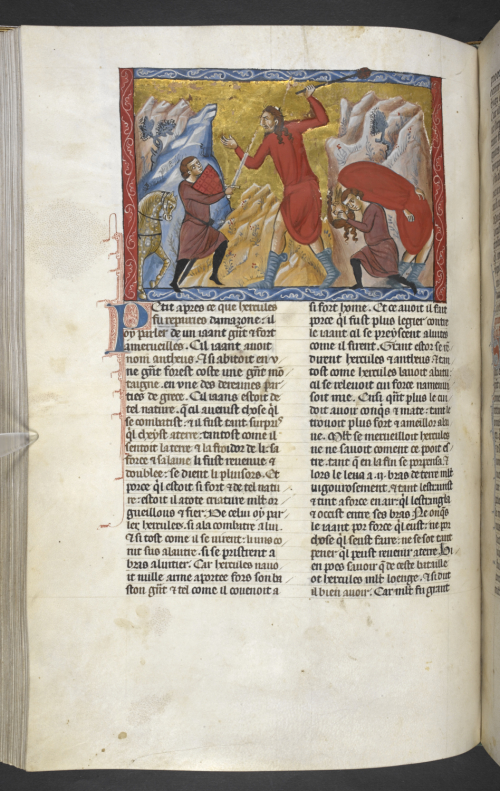 Our Greek manuscripts website includes this video of Edith Hall, Professor of Classics at Kings College London, talking about the importance of the Iliad and the Odyssey from Antiquity to the early modern era. The works of Homer are also the focus of two courses being held in London this July, one at the British Library and the other at University College London. Both courses will use digitised manuscripts of Homer’s works to explore how classical works were  transmitted during the Middle Ages.

This five-week course will examine the long-documented history of the Greek language and its writing systems, and of Greek classical texts including Homer, which have been part of the education and literary production of the West for centuries. 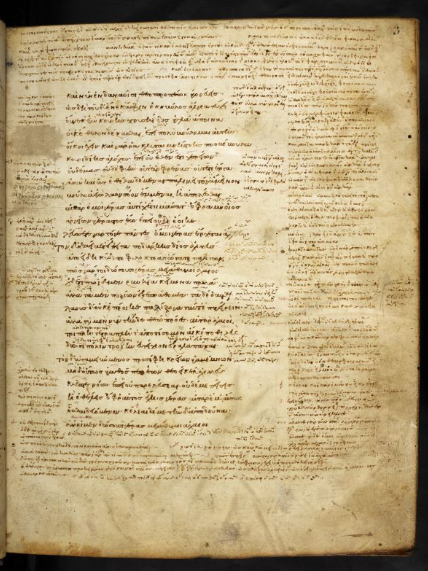 The British Library has 11 manuscripts of the Iliad (see our previous blogpost, Hooray for Homer). They include the Townley Homer, an 11th-century copy of the Iliad with extensive marginal and interlinear notations or scholia, which show how earlier scholars studied and interpreted the text. The manuscript's former owner, Charles Townley (1737–1805), even had an engraving of a bust of Homer (as well as one of himself) inserted at the beginning of the manuscript.

A palaeography course, introducing the history of Latin scripts from ancient Rome to the invention of printing, will be taught as one of the modules of the University College London’s summer school on Homeric language and literature. Classical texts, especially Homer and related works like Virgil’s Aeneid will be used for transcription.

The British Library has one of only 15 surviving manuscripts of the Ilias Latina, a short Latin summary of the Illiad, attributed to one Publius Baebius Italicus in the time of the emperor Nero. This work, which omits or elaborates many of the Homeric episodes, became part of the medieval school curriculum and had a significant impact on the history and transmission of the Trojan story. A diagram of the Wheel of Fortune illustrating Boethius’s Consolation of Philosophy, in a collection of works from late Antiquity that includes the Ilias Latina: Add MS 15601, f. 49v

This copy of the Ilias Latina, from the late 10th or early 11th century, is written in Caroline minuscule. It was owned in the 15th century by the wealthy and prestigious monastery of the Celestines in Avignon.

A much later Greek copy of the Odyssey, the 15th-century Harley MS 5673, has marginal translations and annotations in Latin on some of its pages. This manuscript was bought by Edward Harley, the Georgian collector, for his magnificent library, described by Samuel Johnson as ‘excelling any’, and it entered the British Library as part of the Harley manuscript collection. 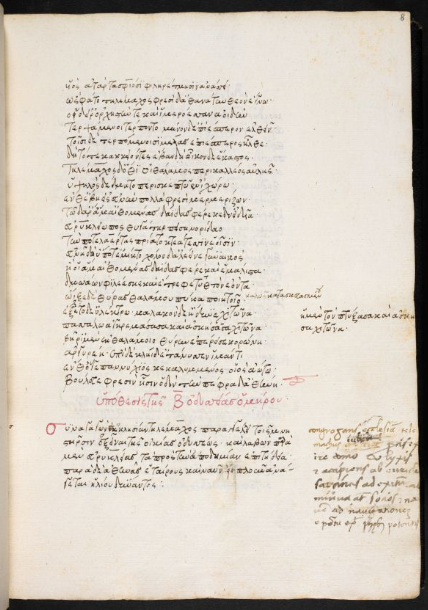 The Odyssey with marginal notes in Greek and Latin: Harley MS 5673, f. 8r

You may also like to know that a variety of ancient scripts, including manuscripts of the classical authors, Aristotle and Cicero, are on display in our new exhibition, Writing: Making Your Mark, open throughout the summer, until 27 August, 2019.