The exhibition Writing: Making Your Mark, exploring 5,000 years of writing across the globe, is on at the British Library until 27 August. But how many different ways of writing were there?

The manuscripts digitised for The Polonsky Foundation England and France Project were mostly written in medieval Latin, English and French, and in the Roman alphabet; but we have found all kinds of alphabets and sign systems among their leaves, including ciphers, monastic sign language, and many more.

Many Christian scholars in early medieval western Europe might not have been able to read Greek and Hebrew, but they were aware of their importance as the original languages of the Bible. (You can read more about their understanding of Hebrew.) Certain scribes attempted to copy out these alphabets. One such example is found in an 11th-century compilation of scientific works by writers such as Hrabanus Maurus and Isidore of Seville. The scribe copied approximations of the Greek and Hebrew alphabets, with the letter names in Latin, but apparently didn’t understand them, as the two alphabets are mixed up with each other. A version of the Greek and Hebrew alphabets from Salisbury, 4th quarter of the 11th century: Cotton MS Vitellius A XII, f. 45r

Another, somewhat more accurate, example is found in a collection called Scutum Bede, compiled by Geoffrey of Ufford in the 12th century, and made up of historical and grammatical treatises, including lists of kings, a biblical world history, and a trilingual list of animals, plants and stones. This page gives the Hebrew and Greek alphabets together with their names in Latin. The Hebrew and Greek alphabets in the Scutum Bede collection of historical and grammatical works, perhaps from Peterborough, c. 1154: Stowe MS 57, f. 3r

Biblical knowledge was not the only source of alternative alphabets. Before Latin literacy was common in England, the runic alphabet was sometimes used for writing inscriptions. The runic letters þ (th) and ƿ (w) were subsequently added to the Roman alphabet, as they were necessary for writing the sounds of English. The 11th-century scientific compilation already mentioned includes three different versions of a runic alphabet, followed by the words ‘pax vobiscum et salus pax’ ('peace and health be with you, peace'). 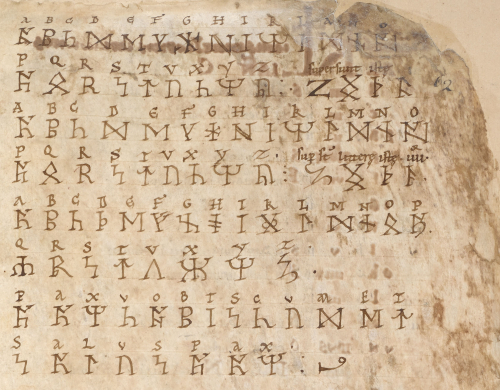 Another ancient alphabet is Ogham, used for inscribing stone monuments, usually in Old Irish. The scribe of the Scutum Bede had a go at this: each sign is shown alongside runic letters. 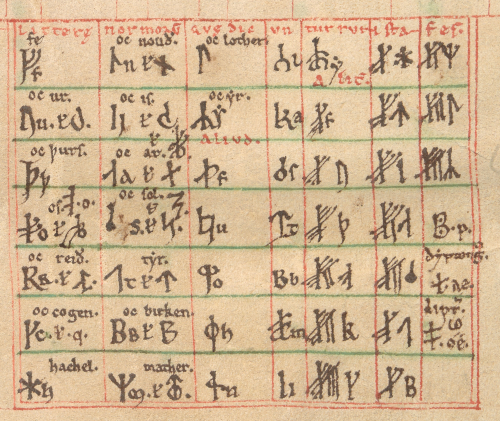 Another writing system was specifically designed for the manuscript page. Tironian notes were attributed to Tiro, the slave and personal secretary to Cicero, and were a kind of shorthand for representing different Latin letters and words. Some of these symbols ended up being used in place of common words in Latin: for example, the symbol ‘7’ was adopted in Old English to mean ‘and’. But there were entire lexicons full of Tironian symbols, including these two manuscripts digitised by The Polonsky Foundation England and France Project. 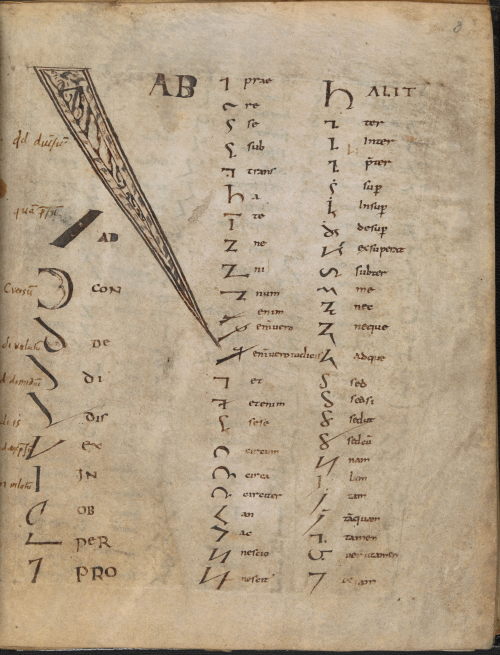 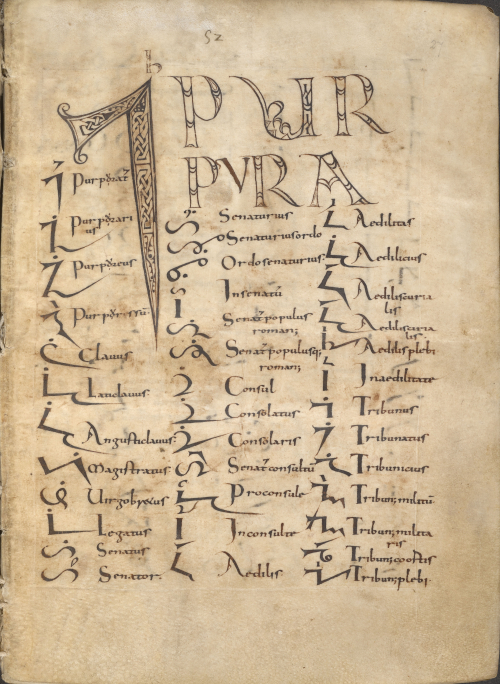 If a scribe had enough knowledge of Tironian notes, they could copy out the entire Psalter in them. This image is from the opening of Psalm 50, ‘Miserere mei Deus’ (‘Have mercy on me, O God’), which, as the rubric in the Roman alphabet explains, was attributed to David after the prophet Nathan confronted him about his adultery with Bathsheba. You can see the manuscript in Writing: Making Your Mark. 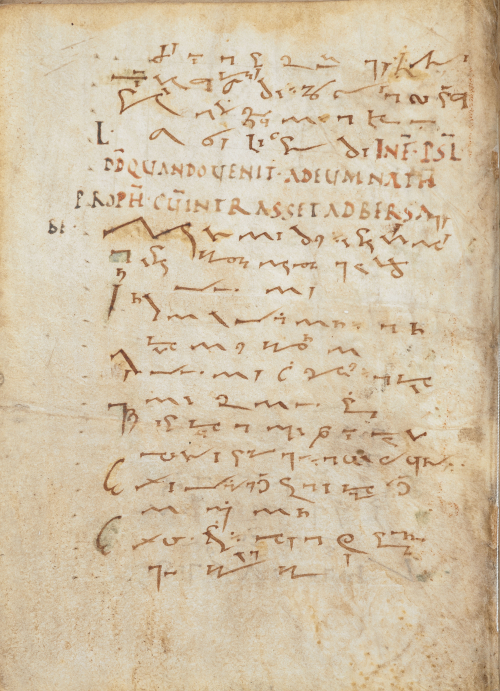 Finally, there is the list of symbols found in the Cosmographia, an 8th-century work supposedly by  Aethicus Ister, which describes a journey around the world. One 12th-century copy of the text ends with an alphabet attributed to Aethicus Ister, but it is not one which is known to have been used. So even an entirely fictional alphabet can be found in a manuscript from medieval England. 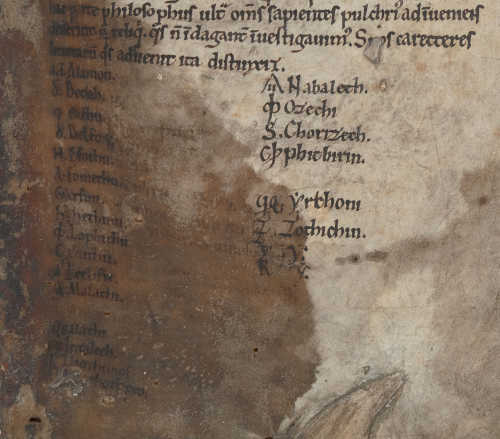