How to name a mummy

The British Library’s landmark exhibition, Writing: Making Your Mark, opened recently. Many unique objects are on display, revealing the uses and ways of writing from the ancient to the modern world. Among them is one small piece encapsulating the story of an entire life.

The item in question is one of the numerous mummy labels housed in the Petrie Museum of Egyptian Archaeology, University College London, who have kindly loaned it to our exhibition. 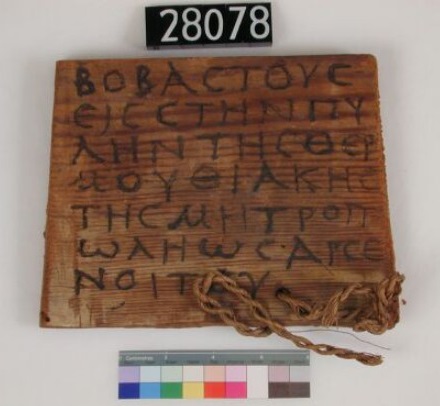 The mummy label on loan to our Writing exhibition: UC 28078 © Petrie Museum

The tag, written in Ancient Greek between the 1st and 3rd centuries of the current era, reads ‘Bobastous to the gate of Thermouthiakes of the metropolis of the Arsinoite (district)’. It is the name of a person (Bobastous) and an address in Arsinoe, the capital of a district in Graeco-Roman Egypt, which corresponds to the modern Medinet el-Fayum, in Middle Egypt, on the western side of the Nile. This little wooden label was attached to the mummified corpse of Bobastous, in order to identify the body and to ensure that, after mummification, it was delivered to the right address for burial. 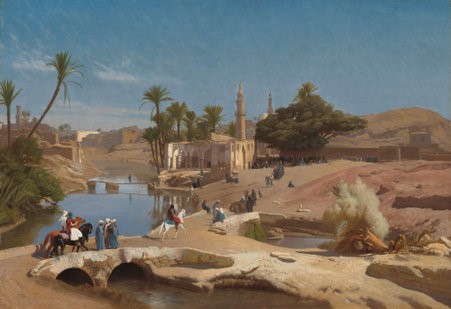 Mummy labels are well known from Roman Egypt. They were usually made out of various types of wood, but other materials like faience and stone were also used. The tags could have different shapes, ranging from a tiny stela to a little tablet with one or two ‘ears’ (‘tabula ansata’). Standard forms such as the rectangle are also attested, such as the tag from the Petrie Museum in our exhibition.

The labels usually had one or more holes, through which a string was passed to append the tag to the mummy's neck or feet: the label on display in Writing: Making Your Mark even preserves the original cord.

The tag could bear writing on one or both sides, and two languages — usually Greek and Egyptian (Demotic) — were often employed on the same object. The text was normally drawn in black ink, but it could also be carved. In some cases, red ink was used. 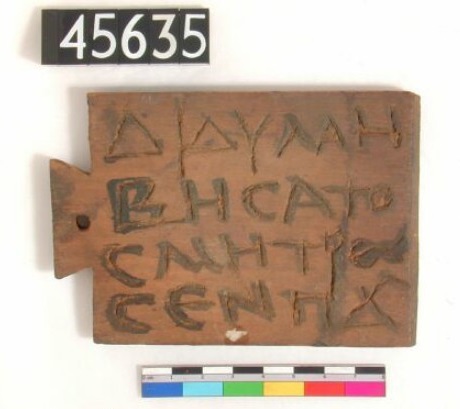 This tag from the Petrie Museum (UC 45635), a tabula ansata with one ansa, belonged to a certain Didyme: the text is carved and also drawn with ink © Petrie Museum 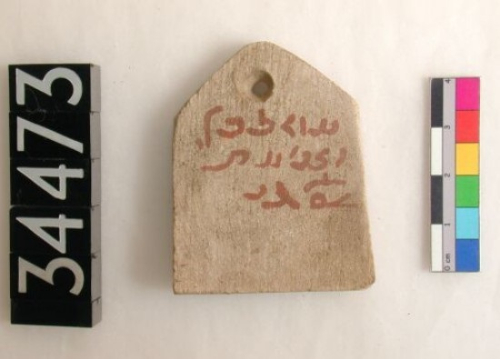 Each label recorded details of the deceased for the purpose of identification. Alongside the personal name, additional information such as the names of the father and mother, the deceased's place of origin, their profession, and sometimes the age at the time of the death, could also be recorded. In rare occurrences, even the cause of death is stated. For example, one tag now held in Berlin (SB I 1209) reads: ‘Apollonius, son of Eusebes and Tamis, died because of a scorpion’s bite’.

Mummy labels served an important function. It was essential to be able to identify the embalmed corpse, because the body had to be transported to the cemetery or returned to the home village of the deceased (if they had passed away elsewhere). Papyri sometimes shed further light on how mummies were transported. For example, in the British Library's collection is a letter from a man complaining that the recipients had failed to collect the body of the deceased (possibly their brother), and that they did not pay for the funeral expenses (520 drachmas) (Papyrus 717). However, they did take his belongings … 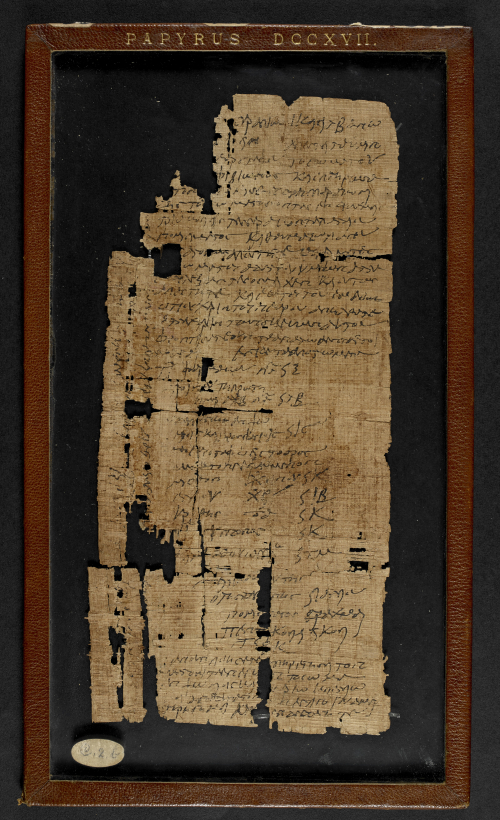 Besides providing identification and instructions as to the transport and shipping of the body, mummy labels sometimes bear drawings such as the dog Anubis (guardian dog of the cemeteries) and symbols like the ankh (life) or, in a Christian environment, the cross. In other cases, wishes for prosperity, phrases of encouragement and condolence, and maxims (such as ‘nobody is immortal’) were added as a means of commemoration and farewell. 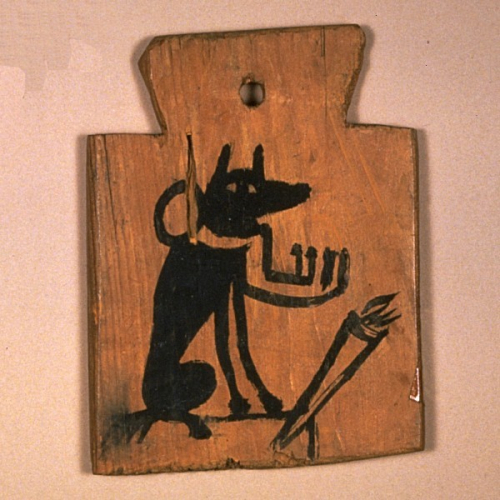 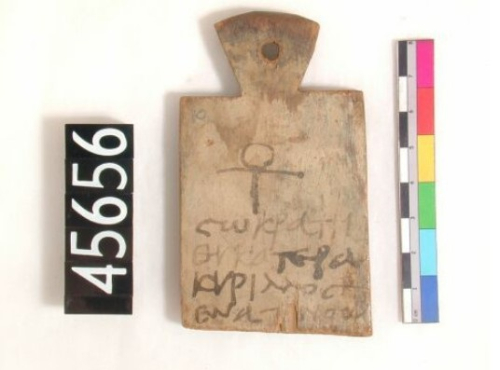 A Petrie Museum label (UC 45656) for Socrate, daughter of Cyrillus, featuring the ankh, the symbol of life © Petrie Museum

The majority of mummy labels published to the present day are collected in a database with the wonderful name Death on the Nile. If you want to see one of them in person, we'd love you to visit our exhibition, Writing: Making Your Mark, which is open at the British Library until 27 August.