Our major new exhibition, Leonardo da Vinci: A Mind in Motion, is open now at the British Library. It features highlights from three of the Reniassance thinker's extraordinary notebooks: the Codex Forster II, on loan from the Victoria & Albert Museum; the Codex Leicester, owned by Bill Gates; and the Library's Codex Arundel. The exhibition is on until 8 September, and tickets for adults cost £7 (members and children under 11 enter for free and other concessions are available). 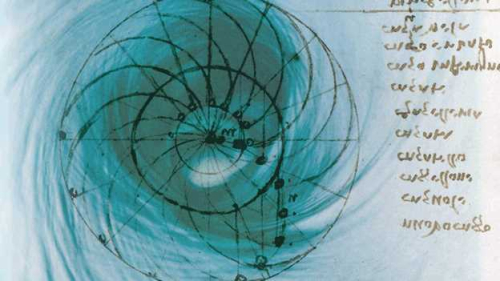 Leonardo da Vinci: A Mind in Motion marks the 500th anniversary of his death

Our exhibition takes the opportunity to to explore the inner workings of Leonardo's complex mind and his fascination with motion — which he considered to be ‘the cause of all life’. Visitors will be able to marvel at his detailed studies of natural phenomena, and to see studies for his painting The Virgin of the Rocks.

You can explore Leonardo's Codex Arundel for yourself on the Library's Digitised Manuscripts website. Leonardo described this notebook on the opening page as a 'a collection without order, drawn from many papers, which I have copied here, hoping to arrange them later each in its place according to the subjects of which they treat'. It contains pages datable between 1478 and 1518 (though mostly to 1508), and written variously at Florence, Milan, Rome and Amboise in France. Tthis notebook is named after an early owner, Thomas Howard (1585–1646), 2nd earl of Arundel, 4th earl of Surrey, and 1st earl of Norfolk. It was presented by Henry Howard (d. 1684), 6th duke of Norfolk, to the Royal Society in 1667, from whom it was purchased by the British Museum in 1831. 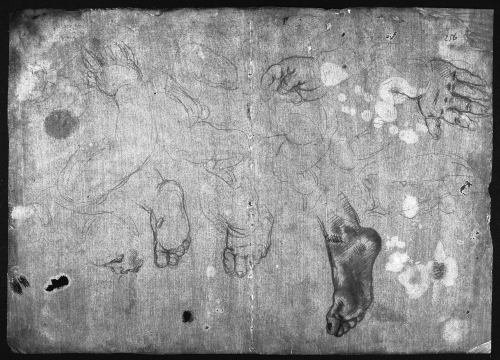 Our Events programme contains a number of talks connected to the work of Leonardo da Vinci, including Waterways (17 June), Leonardo da Vinci’s Scientific Impact with Domenico Laurenza (2 July), and a curator talk by Juliana Barone (15 July). You can book tickets for all these on our Events pages.