The Ruin of Britain

Very few texts survive that were written in Britain between the 5th and 7th centuries. We have works by just two named authors from that period. One was a shepherd, who was kidnapped and sold into slavery and became the patron saint of Ireland, none other than St Patrick. The other wrote one of the most influential rants in British history. 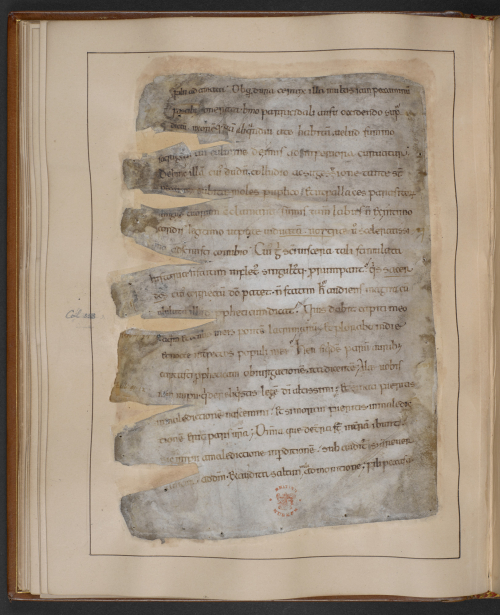 A page from the earliest substantial copy of Gildas's The Ruin of Britain, made possibly in Canterbury in the 10th century: Cotton MS Vitellius A VI, f. 14v

The ranter in question was Gildas, a Romano-British deacon and monk. Sometime between the late 5th century and the 6th century, he wrote The Ruin of Britain, which describes a time of dramatic change, when the Roman legions had left Britain and the Romano-British population was under attack from invaders:

‘I shall try, God willing, to say a little about the situation of Britain; about her obstinacy, subjection, and rebellion ... the destruction of cities; about those who survived’: Gildas: The Ruin of Britain and other works, ed. and trans. by Michael Winterbottom (London: Phillimore, 1978), p. 16.

As this quotation suggests, The Ruin of Britain is a moralising polemic that condemned the British lay and ecclesiastical leaders. The text is full of examples and quotations from the Bible. Although Gildas's account is vivid, he was not an eyewitness: most of the events he described occurred before he was born.

A fragment of The Ruin of Britain survives in a late 9th- or early 10th-century continental copy (now in Bibliothèque Carnegie de Reims, MS 414). The oldest substantial copy was made in southern England in the mid-10th century (British Library Cotton MS Vitellius A VI). Sadly, this manuscript was significantly damaged by fire in 1731. 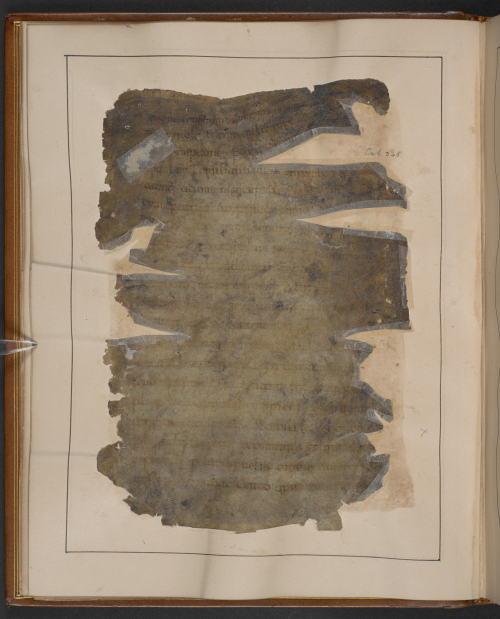 The pages of this manuscript of The Ruin of Britain were damaged by fire in 1731, before being placed in paper mounts in the 19th century: Cotton MS Vitellius A VI, f. 7v

In The Ruin of Britain, Gildas depicted the defeats and natural disasters suffered by the Britons as divine punishment for their sins. He claimed that Romano-British leaders had invited three ship-loads of Saxons to protect them from Pictish invaders, but these Saxons had turned on their hosts and become an even worse enemy. Gildas described vividly how whole settlements were put to the sword, ‘fragments of bodies covered with coagulated clots of red blood, in confusion as if in some kind of horrible wine press’ (translated by Hugh Williams, Gildas (London, 1899)). Some Britons surrendered to the invaders, others fled into the mountains or deep into forests, others still migrated to the continent. Some resisted, such as Ambrosius Aurelianus, who reputedly defeated the invaders at Mons Badonicus in the year that Gildas was born.

While Gildas praised leaders like Ambrosius, he did not mince his words about the Romano-British kings and churchmen of his own day: ‘Britain has kings, but they are tyrants: she has judges, but they are unrighteous men’. Gildas singled out five kings in particular for condemnation: Constantine, king of Dumnonia (the area around modern Cornwall and Devon); Aurelius Caninus; grey-haired Vortipor of the Demetae (in what is now Pembrokeshire); Cuneglas, who probably ruled the area around the Dinarth Rhos peninsula; and Maelgwn of Gwynedd. Gildas accused all these men of murder and adultery. He saved his fiercest criticism for the most powerful British king, Maelgwn:

‘And you, island dragon … greater than almost all the kings of Britain, but worse in morality ... You are certainly not lacking in warnings, since you were taught by the finest teacher in almost all of Britain.’

It is unclear what happened to Gildas after he wrote The Ruin of Britain. Some have suggested that he migrated to Brittany, like many other Britons, since there was a Breton monastery dedicated to St Gildas. But there is no firm evidence for this. Gildas was remembered as a saint by the Anglo-Saxons, and his name is found in eight pre-Conquest calendars of saints' days.

Ironically, Gildas’s writings survive to this day in part because the Anglo-Saxons that he so despised continued to quote him. For example, Bede (d. 735) used The Ruin of Britain as one of his sources for the history of post-Roman Britain. 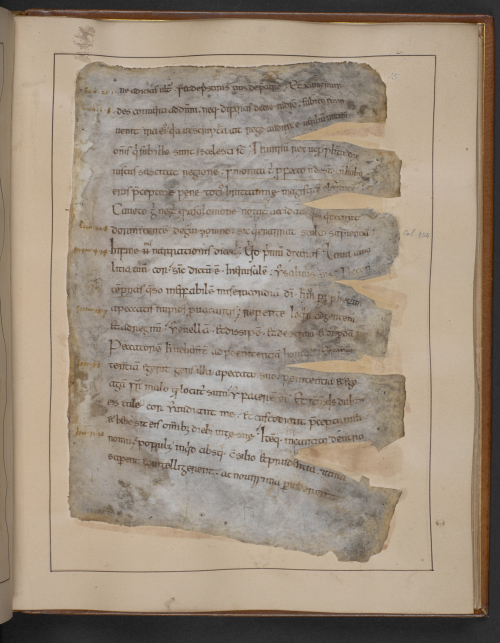 The most substantial surviving manuscript of The Ruin of Britain was copied in England in the 10th century: Cotton MS Vitellius A VI, f. 15r

‘There was a historian in the time of the Britons, Gildas, who wrote about their misdeeds, how they exasperated God with their sins so much that He finally allowed the English army to conquer their land … Let us take warning from this: it is true what I say, we know of worse deeds among the English than we have heard of among the Britons.’

The Ruin of Britain had long-lasting effects, even they were not what Gildas intended. He may not have swayed the leaders of his own day, and it is clear that the Germanic invaders became dominant in southern Britannia. The Ruin of Britain nonetheless had a major impact on some later writers. It remains the principal (near) contemporary narrative account of the momentous events of the 5th and 6th centuries.