On 7 June an exciting new exhibition opens at the British Library. Marking 500 years since his death, Leonardo da Vinci: A Mind in Motion showcases Leonardo’s manuscript legacy by displaying together — for the first time in the UK — highlights from one of the British Library’s finest treasures, the Codex Arundel, alongside Codex Forster II from the V&A, and a selection of sheets from the Codex Leicester, widely considered to be one of Leonardo’s most important scientific journals and now owned by Bill Gates. 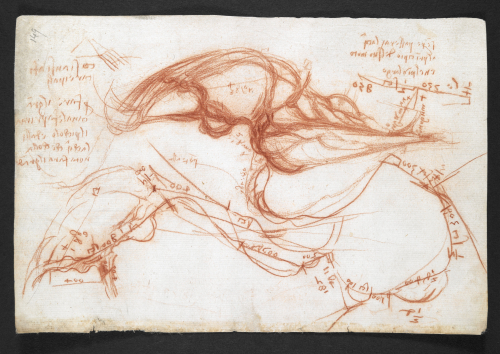 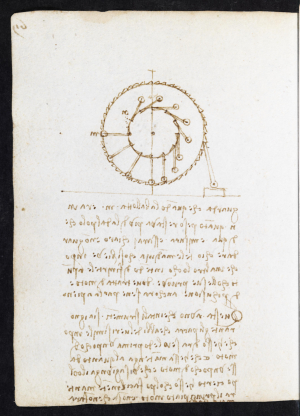 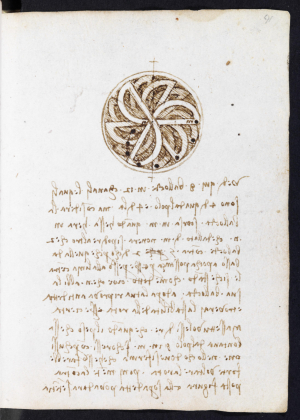 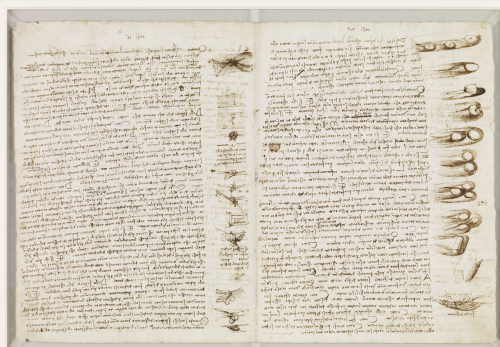 The exhibition explores Leonardo’s fascination with motion, which he considered to be ‘the cause of all life’. It reveals the major role he ascribed to motion in his quest to understand the natural world and discover the rigorous laws which govern nature. In particular, it follows his life-long study of water, which for Leonardo was the driving force of nature.

Leonardo’s remarkable notebooks, written in his distinctive mirror writing, are used in the exhibition to illustrate how his detailed studies of natural phenomena — and in particular of water — influenced his work both as an artist and an inventor. With intricate drawings and diagrams crowding every page, visitors will be able to follow Leonardo in his tireless pursuit of knowledge, track his thoughts and experiments, and marvel at his insights into subjects as varied as the formation of waves and air bubbles, river flow, bird flight, and the nature of light and shadow. Leonardo da Vinci: A Mind in Motion is on at the British Library from 7 June to 8 September 2019. The exhibition is in partnership with Automobili Pininfarina. It is accompanied by a series of events inspired by the exhibition, including a range of adult learning courses, free family workshops and an audio-description tour for blind and partially sighted visitors. An exhibition book edited by Dr Juliana Barone, associate curator, is available from the British Library shop.