For the last three years, the ‘Insular Manuscripts: Networks of Knowledge’ project has been investigating the large number of manuscripts written in insular scripts between the mid-7th and the mid-9th centuries. The project aims to examine knowledge exchange in early medieval Europe through analysis of these manuscripts. Some of the manuscripts were written in Britain and Ireland, but many were written in Francia and northern Italy, in monasteries which had been founded by missionaries from Ireland and the Anglo-Saxon kingdoms. 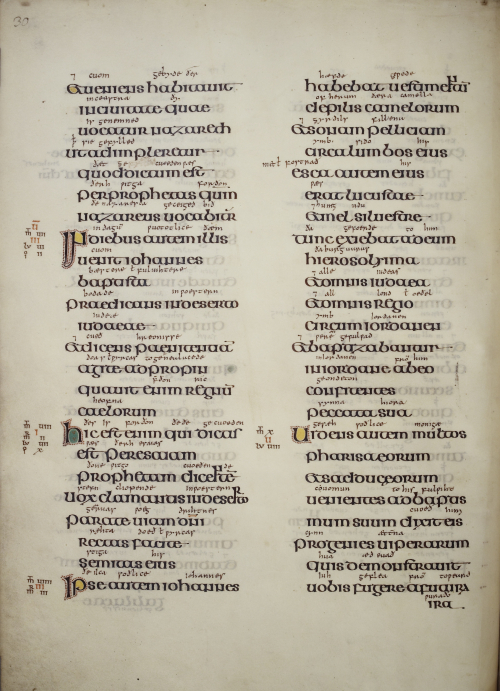 A text page from the Lindisfarne Gospels, made around 700: Cotton MS Nero D IV, f. 31v. This manuscript is currently on display in the Library's major exhibition, Writing: Making Your Mark.

So far, the project has recorded 844 items originating from at least 668 different manuscripts that were written in insular scripts between 650 and 850, in addition to 72 original Anglo-Saxon charters written before 850. Only 321 (38%) of the 844 items were definitely or probably written in the Anglo-Saxon kingdoms or Ireland, and only 136 of those are still held in Britain or Ireland. The other 185 items written in Ireland or the Anglo-Saxon kingdoms are now held elsewhere. The majority were apparently early medieval exports to Francia and many are now held in libraries alongside even greater numbers of manuscripts in insular scripts that were produced in Francia itself. 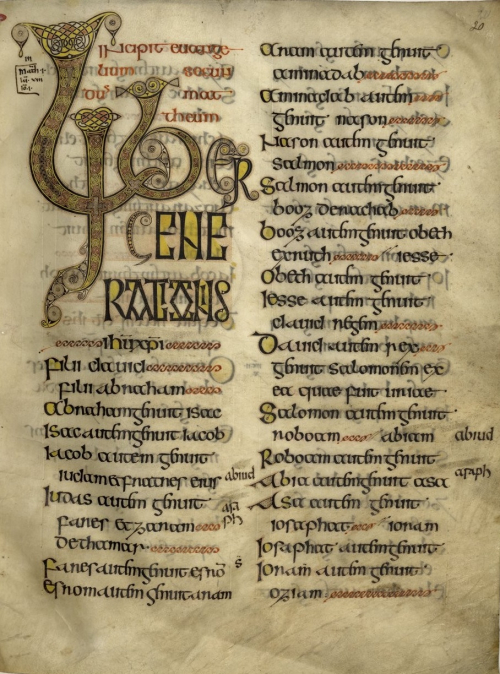 The beginning of the Gospel of Matthew, in the Echternach Gospels: Paris, Bibliotheque nationale de France, ms lat. 9389, f. 20r

As a result of the programmes in many libraries to digitise their medieval manuscripts, over 60% of the manuscripts written in insular scripts have now been digitised in some form, transforming opportunities for new research. (In the case of the British Library, you can find all our digitised content on our Digitised Manuscripts site.) 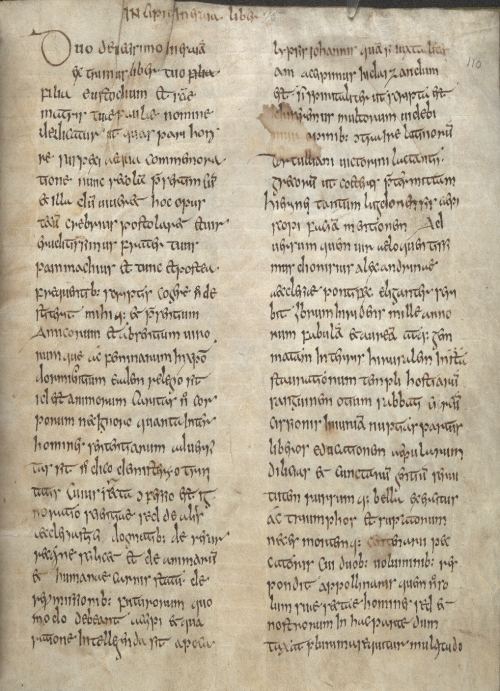 The third workshop in the project focused on ‘Knowledge Exchange: People and Places’, and was hosted last month in Vienna by Bernhard Zeller at the Institut für Mittelalterforschung der Österreichische Akademie der Wissenschaften. (Details of the programme and paper summaries are available on the project website.) The workshop included a visit to the Österreichische Nationalbibliothek, to see a selection of manuscripts written in insular scripts, introduced by Andreas Fingernagel, Head of Manuscripts and Rare Books. 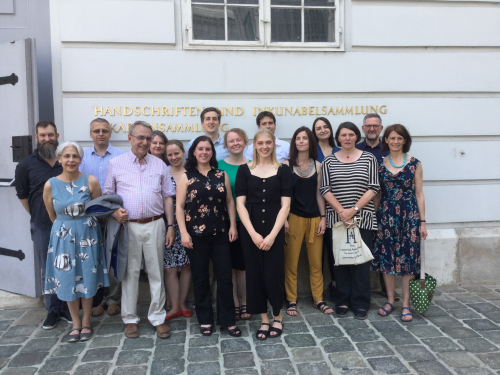 Members of the Insular Manuscripts workshop in Vienna

The meeting in Vienna was the final workshop in a series of three, as part of the project which has been generously funded by the Leverhulme Trust. This workshop followed the first in London in April 2017 on ‘Methods of Making’ and the second in Dublin and Galway in June 2018 on ‘Digital Potential’. As the project draws to a close, the project partners will be considering the next steps to take forward their research questions, and the data compiled by the project on all known manuscripts written in insular scripts will be posted on the project website by the end of this year.