Even after the Normans conquered England, Old English (the oldest form of the vernacular) continued to be spoken throughout the country. It continued to be used in books produced in  monasteries there for at least a century after William the Conqueror’s invasion.

One excellent example of this is found in the Old English Illustrated Herbal. Originally made in Canterbury in the early 11th century, this manuscript contains Old English translations of a collection of Latin remedies, illustrated with numerous paintings of plants and animals. You can read more about its history in Taylor McCall’s article on Medical knowledge in the early medieval period, as well as in this earlier blogpost. 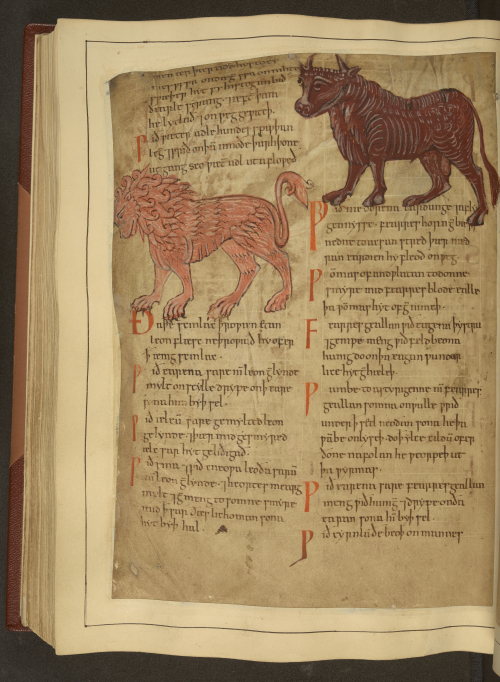 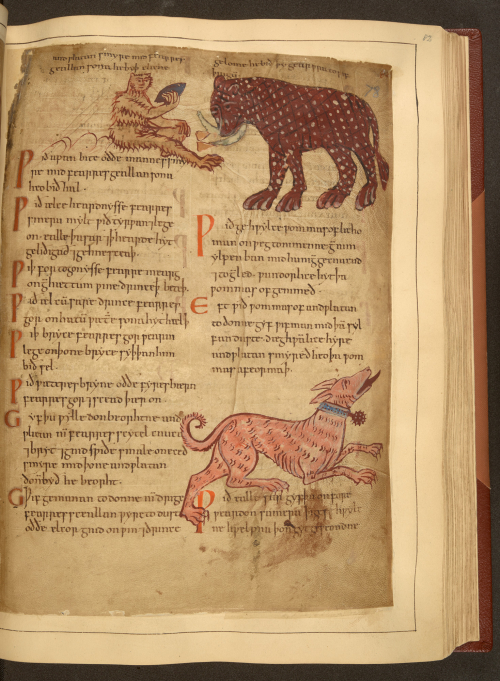 Illustrations of a lion, a bull, a monkey, a bear and a dog alongside Old English medical recipes, in the Old English Illustrated Herbal (Canterbury, 1st quarter of the 11th century): Cotton MS Vitellius C III, ff. 81v–82r

To judge by its additions and annotations, this manuscript continued to be read for many years after its production. During the 12th century, scribes at Canterbury were still adding new recipes to it, which were also written in the vernacular.

One added remedy is a cure for lung disease (Wið lungen adle), made from a mixture of herbs with warm ale. Another claims to be seo seleste eahsalf wið ehpærce (the best eye salve for eye pain). There is even a medical treatment for gout, entitled Wið fot adle (Against foot disease). 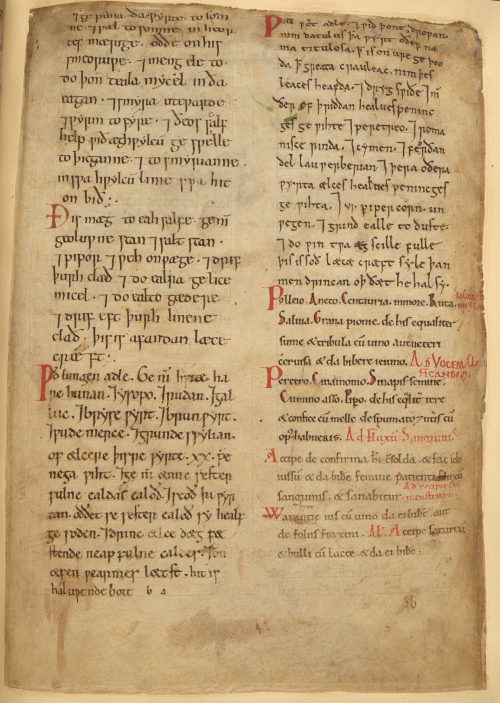 This remedy describes a recipe for a drink — a mixture of wine, leeks, cumin and laurel berries — that a patient should take every day until the disease is cured:

('Against foot rot (gout) and against wrist-drop: take the wort hermodactylus, known by another name titulosa that in our own language is called the ‘great crow leek’. Take the heads of this leek and dry them thoroughly, and take a weight amounting to two and a half pennies, and pyrethrum and Roman rinds and cumin and one fourth as much laurel berries, and of the other worts, each by weight of a half penny and six pepper corns, unweighed, and grind them all to dust. And add two egg shells full of wine: this is a true leechcraft. Give it to the man to drink till he is whole again.')

These 12th-century additions occur throughout the herbal. On one occasion, two medical recipes were added to a previously blank page, opposite a large illustration of a man and a centaur presenting a book in a landscape surrounded by animals. The image is captioned Escolapius Plato Centaurus. 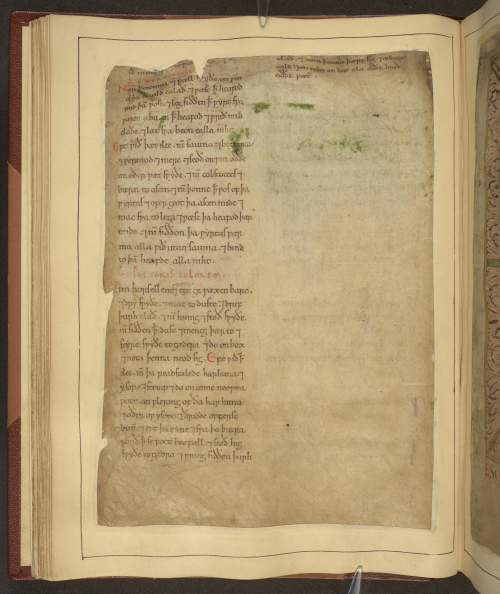 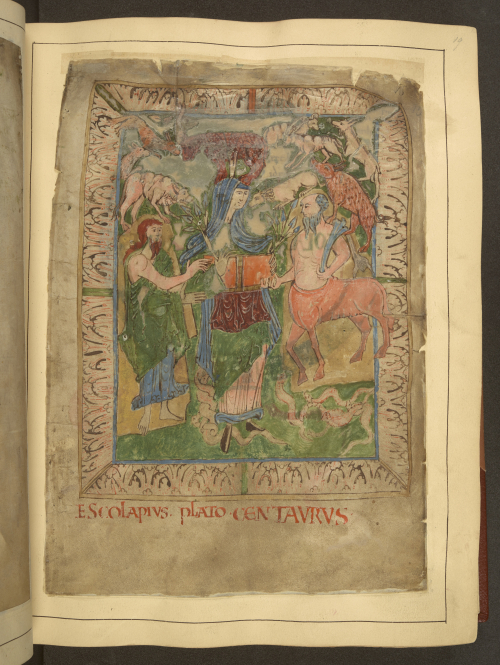 One of these added recipes purports to be a remedy for vertigo or giddiness. It instructs the reader to:

('Take betony and boil it thoroughly in wine or in old ale, and wash the head with the infusion, and then lay the wort, so warm, about the head, and wreathe with it a cloth, and leave it there all night.')

While it is hard to determine the effectiveness of such cures, this addition to an older Anglo-Saxon book does reveal the continued use of English a century after William's victory at the Battle of Hastings. If you'd like to know more about writing in the vernacular in the 12th century, why not take a look at this article featured on our website.