Earlier this year, the British Library was delighted to acquire a leaf of an Anglo-Saxon benedictional (a service book used by a bishop). At the time we reported that, despite its fragmentary nature, this manuscript was of great significance for the study of 10th-century English political and religious culture. In particular, we observed that its script pointed to an early date of production, and that it was related textually to other benedictionals from Anglo-Saxon England, most notably the Benedictional of St Æthelwold.

We are pleased to announce that this manuscript (Add MS 89378) is now on display in our Treasures Gallery, in a display case devoted to new acquisitions. This gallery is free to visit and is open seven days a week. The benedictional leaf can be viewed in the same room as other iconic treasures, such as Magna Carta, the Shakespeare First Folio, the Beatles' lyrics, and a letter of the 19th-century computing pioneer, Ada Lovelace. 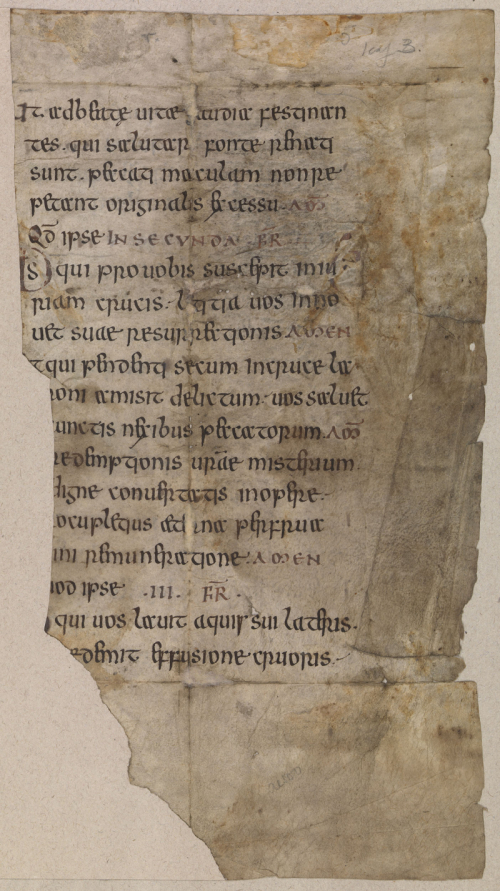 Given that this display coincides with the Library's major temporary exhibition, Writing: Making Your Mark, we thought it might be worth making a few remarks on the handwriting of the benedictional leaf. Most unusually, when compared with other surviving Anglo-Saxon benedictionals, it is written in English square minuscule. This script gained currency in 10th-century England during the reigns of King Athelstan (924–939) and his successors. It is characterised by its 'square' letter-forms, as shown, for instance, by the shape of a, c, d, e, g. We reproduce both pages here (the recto, above, is on show in Treasures) to give a flavour of this unusual script.

Our readers may also be interested to know that two leaves of the same benedictional (separated in the 1970s) are now in collections in the USA (Cambridge, MA, Harvard University, Houghton Library, Typ 612; New Haven, CT, Yale University, Beinecke Rare Book & Manuscript Library, Takamiya MS 89). In time we hope that they can be digitally re-united, and that researchers will be able to learn more about their production and usage. 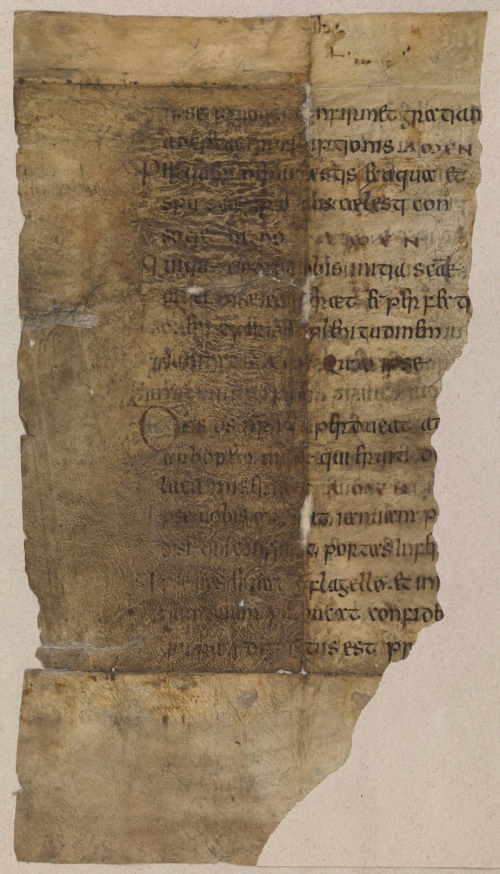