Jerome and the lion

Everyone loves a picture of a medieval lion. The Twitter hashtag #notalion celebrates how amusingly unrealistic they often look, frequently resembling cuddly housecats more than the king of beasts. In medieval manuscripts, lions are found not only in bestiaries but also in illuminated bibles and other religious works, and sometimes in images of St Jerome who, believe it or not, once befriended a lion. 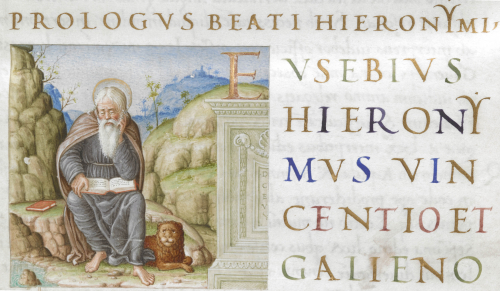 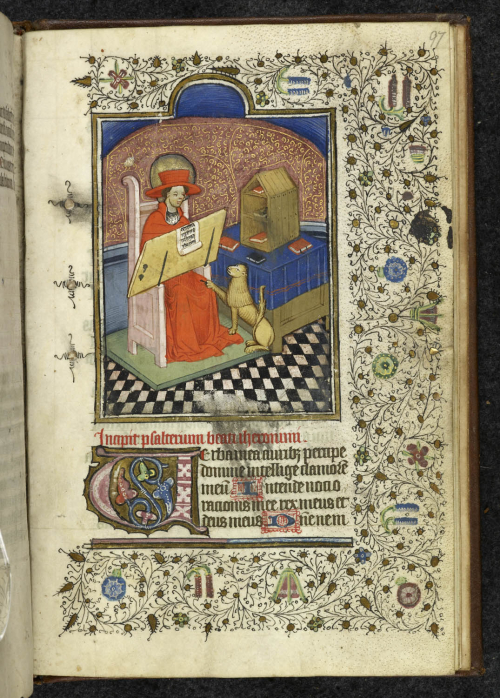 St Jerome with the lion holding up its paw, at the opening of the Psalter of St Jerome in a Book of Hours: Netherlands, S., 2nd quarter of the 15th century: Harley MS 2982, f. 97r

St Jerome (347–420), known in Latin as Hieronymous, was one of the Fathers of the early Christian Church, most famous for translating the entire Bible into Latin. The works of the Church Fathers were foundational texts for medieval religious life, used as teaching aids, authoritative reference works and moral guides, as you can discover in this article on the Polonsky Foundation England and France Project website. In the image below, the Church Fathers, Gregory, Augustine, Jerome (with a lion) and Ambrose are shown at the walls of the Fortress of Faith, with men and women representing vices. 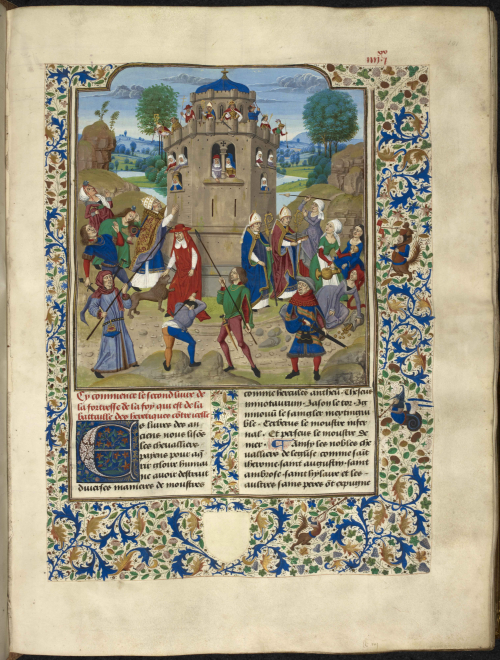 Along with the other Church Fathers, Jerome is venerated as a saint. His feast day is 30 September and his life is recorded in the Golden Legend, the medieval collection of saints’ Lives compiled by Jacobus Voragine (c. 1230–1298), where the story of the lion is told. 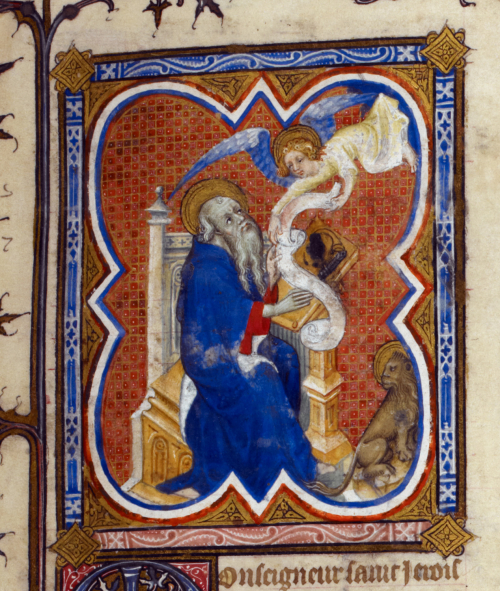 Jerome seated, being given a scroll by an angel, with a lion at his feet, from Jacobus de Voragine, Legenda aurea, translated by Jean de Vignay: Paris, 1382: Royal MS 19 B XVII, f. 2r (detail)

The Golden Legend often blends traditional stories about the saints with historical facts, and this blending can be seen in its account of St Jerome’s life. According to the Golden Legend, as a young man Jerome moved to Rome to study, where he soon established his reputation as a scholar of note, and was ordained a cardinal at the age of 39. However, he rejected papal intrigues and politics, choosing to become a desert hermit and endure hardship as the ‘companion of wild beasts and scorpions’ for four years. He then went to Bethlehem where he asked permission to live at the place of the Nativity, like a domestic animal beside the crib, to work on his translation of the Bible. 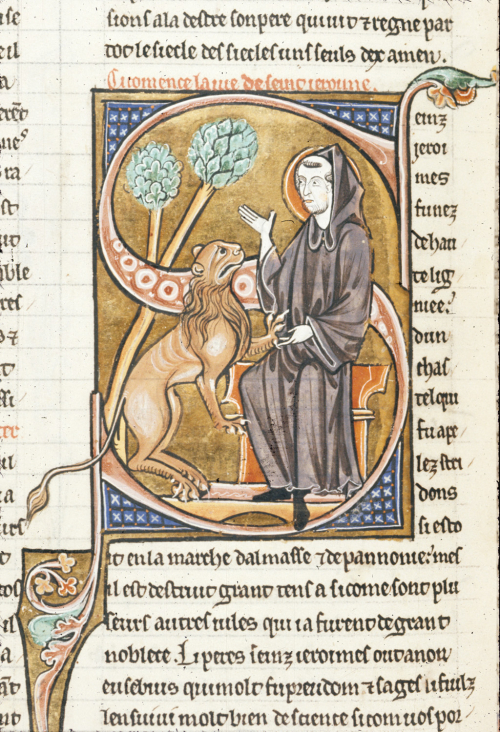 St Jerome as a monk removing the thorn from the lion’s paw, from Wauchier de Denain, Lives of the Saints: Paris, 2nd quarter of the 13th century: Royal MS 20 D VI, f. 159v

During this time, a lion came limping into the monastery where Jerome came to pray. The other monks fled in terror but he treated the lion kindly, removing a thorn from its paw and having it washed and bandaged. The lion was tamed and lived among the monks, looking after the donkey who carried their wood, and guarding it when it went out into the fields. 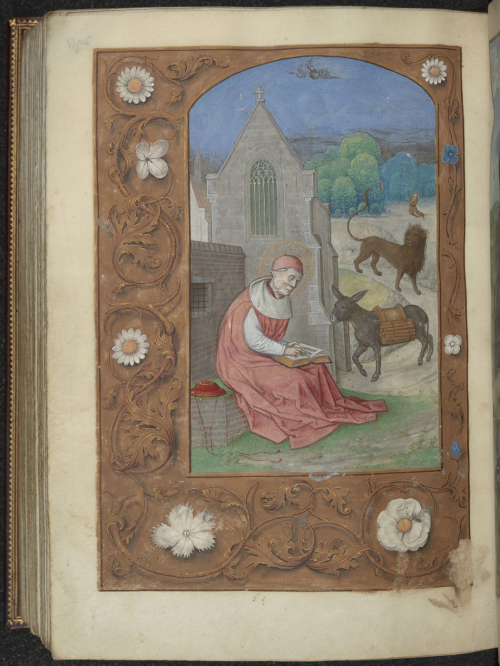 One day, while the lion was asleep, the donkey was stolen by a troop of passing camel merchants. Although he searched everywhere, the lion could not find his friend. The monks suspected the lion of having eaten the donkey and punished him, making him carry their wood. The lion bore this patiently, but kept looking for his friend, and one day when the camel traders were passing back that way he recognised the donkey in their caravan. He gave a terrifying roar, so that the merchants fled, and he brought the donkey and the camels back to the monastery. Jerome saw the lion’s joyful behaviour and realised what had happened. It was not long before the merchants appeared and begged forgiveness for their crime. Jerome forgave them graciously and they went on their way, leaving the monks with their lion and their donkey. 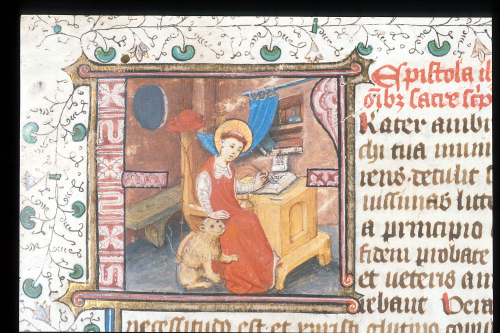 St Jerome writing with his hand on the lion’s head, at the beginning of his prologue to the Bible: Netherlands, 1492: Yates Thompson MS 16, f. 1r

Having re-organised the Divine Office, putting all the Psalms and lessons of the Church year into the correct order, St Jerome died in Bethlehem at the age of 98. The underground chamber where he worked on his translation for 40 years can still be seen near the Church of the Nativity in Bethlehem. There are donkeys, but no lions, in the vicinity.