In August, in a high season: the wondrous Pearl

You may be forgiven (especially if you're currently in London) that it's August, traditionally the time of the harvest and school summer holidays. This also happens to be the moment when Pearl, one of the masterpieces of Middle English literature, is set: 'in Augoste, in a hy seysone'. 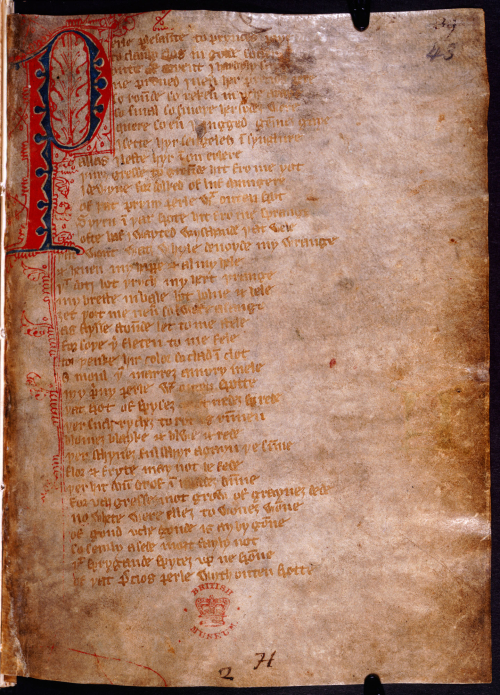 Pearl was composed in the West Midlands region of England at the end of the 14th century. It survives in a single manuscript, held at the British Library, which also contains the unique copies of Patience, Cleanness and Sir Gawain and the Green Knight (Cotton MS Nero A X/2). You can view all four poems in full on our Digitised Manuscripts site, and you can also read about Pearl on Discovering Literature: Medieval.

Pearl is a moving work about grief and loss. The narrator, distraught at the loss of his ‘perle’, falls asleep and wakes in a garden with a jewelled stream. Looking across the stream he sees a beautiful maiden in white robes stitched with pearls. After a time, he realises that this woman is his dead two-year-old daughter. They engage in a discussion, as he attempts to reconcile his grief for her. The poem culminates in a vision of the heavenly Jerusalem, derived from the Book of Revelation, in which the dreamer sees his daughter as a bride of Christ. 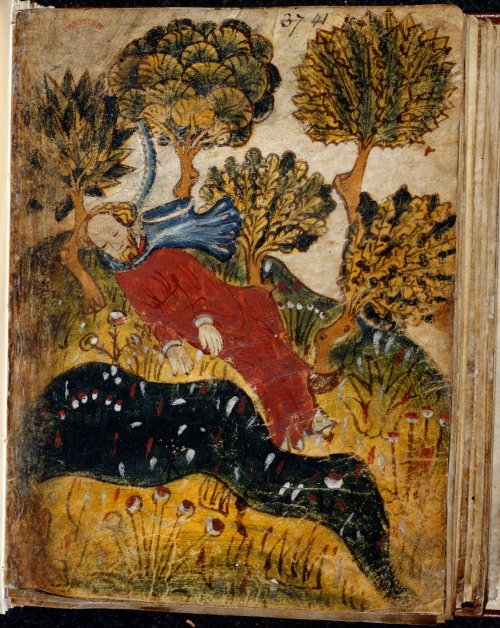 The dreamer in the garden by the stream (f. 41r) 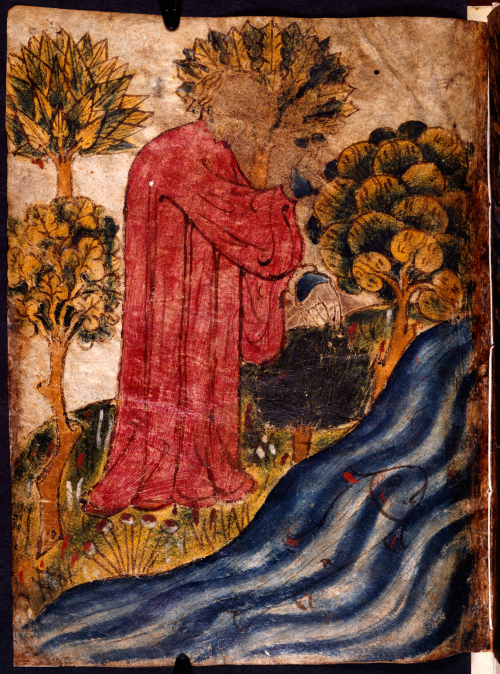 The dreamer beside the stream (f. 41v)

One of the most distinctive features of the manuscript is its cycle of illustrations, which were added to pages which had previously been left blank. The quality of this imagery has often been the subject of adverse comment, since they are not the work of an outstanding artist. We often feel, however, that they lend the poems their own idiosyncratic character, since every person has the same facial features and hairstyle, and the same simple palette of red, green, blue, yellow and white is used throughout. 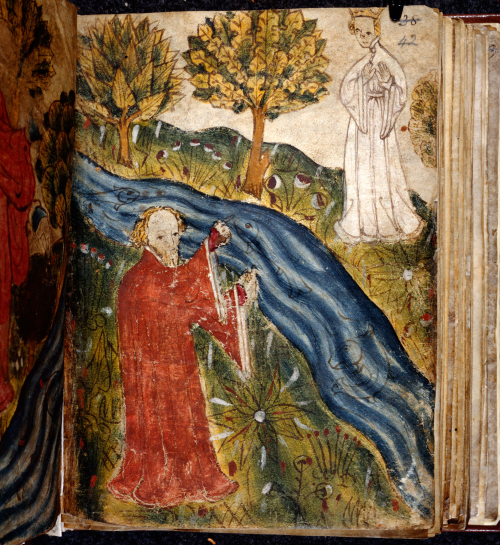 The dreamer sees a vision of Pearl as a grown woman (f. 42r) The vision of the heavenly Jerusalem (f. 42v)

The Pearl-manuscript is undeniably one of the jewels in the Library's medieval collections. We'd like to think that you might wish to read and re-read it, gazing upon the original handwriting and images, while sitting in your garden, sipping a cool drink, or else (more likely) sheltering indoors from the August rain. A high season indeed! 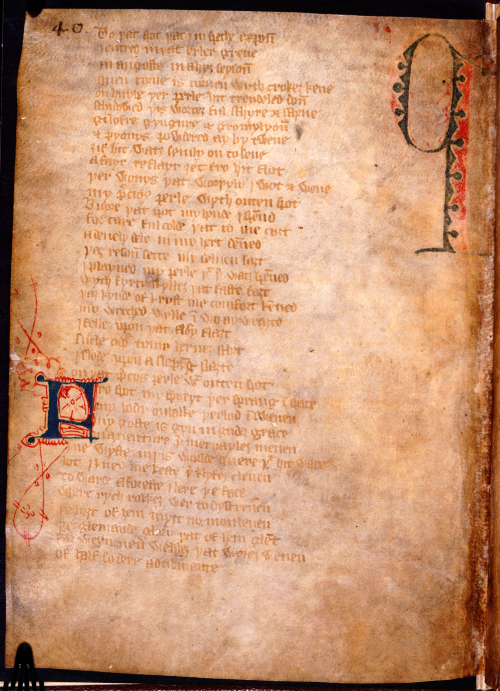 Pearl and the other poems are available on Digitised Manuscripts (Cotton MS Nero A X/2).