This summer, unusually, we have not one but two major exhibitions open at the British Library. Writing: Making Your Mark and Leonardo da Vinci: A Mind in Motion both have on display items cared for by the Ancient, Medieval and Early Modern Manuscripts team, alongside star objects loaned by other institutions and owners. They're definitely both worth a visit, before 27 August in the case of Writing, while Leonardo continues until 8 September. 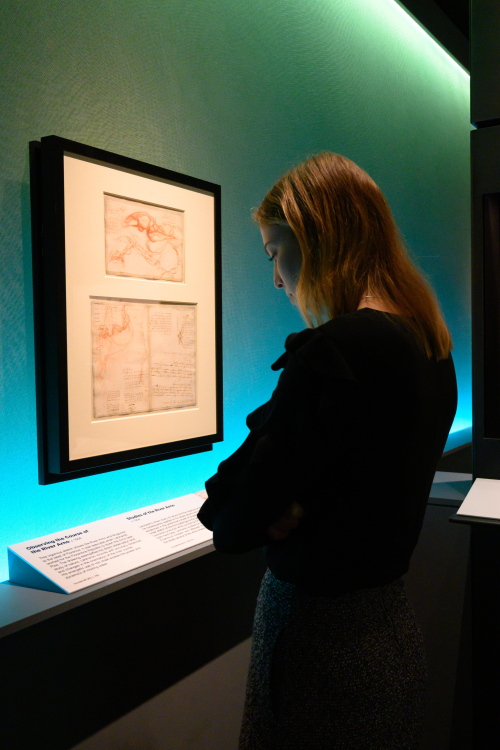 In Leonardo da Vinci: A Mind in Motion, three of the great Renaissance thinker's notebooks are shown together for the first time. Alongside the Library's own Codex Arundel (Arundel MS 263) is the Codex Forster II, on loan from the V&A, and the Codex Leicester, owned by Bill Gates. These manuscripts reveal Leonardo's observations on subjects such as water in motion, since he considered motion to be 'the cause of all life'. 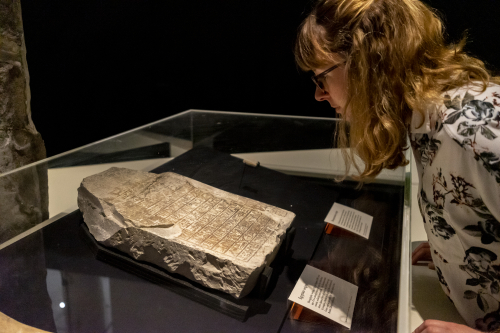 Writing: Making Your Mark examines the evolution of writing, one of mankind's greatest achievements, from hieroglyphs to emojis. The roll-call of the objects and books on display is astonishing, from a Mayan monument (AD 647) to the Gutenberg indulgence (c. 1454) and the longest intact papyri in the Library's collections (AD 572). We have previously blogged about some of our favourite items, such as the labels used to identify Egyptian mummies and a schoolchild's homework preserved on a wax tablet.

Leonardo da Vinci: A Mind in Motion is on at the British Library in London until 8 September. Writing: Making Your Mark closes on 27 August.