The birds and the bees

As many of our readers are aware, medieval manuscripts are an invaluable source for illustrations of cats and dogs and knights fighting snails. Some of our favourite images are of elephants, while western European attempts to accurately depict crocodiles and camels always make us smile. In this blogpost, we thought we would delight you with a selection of the charming pictures of birds and bees found in manuscripts in the British Library's collections. 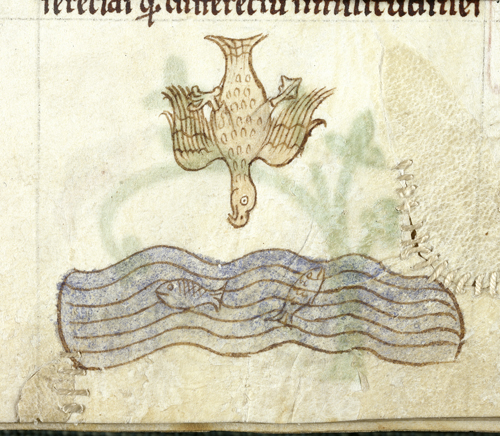 The margins of this late 12th or early 13th-century of the Topography of Ireland by Gerald of Wales are adorned with a number of illustrations, including the dive-bombing osprey (shown above, Royal MS 13 B VIII, f. 9r) and the kingfishers and stork featured below (f. 9v). An equally famous image in the same book is that of St Kevin, who kept so still that a blackbird nested in the palm of his hand (f. 20r). 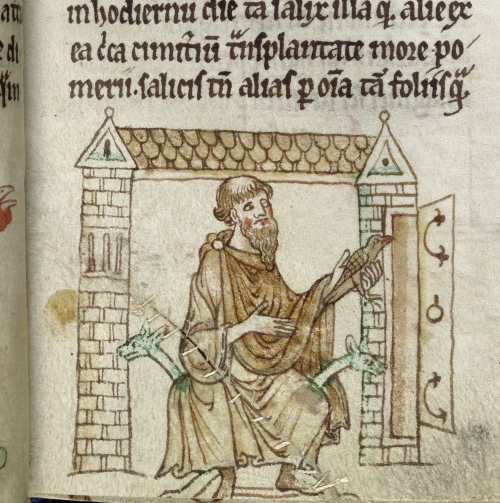 In a much later manuscript, known as the Hours of Dionora of Urbino (Yates Thompson MS 7), is found this border at the beginning of the Hours of the Virgin, containing this rather realistic blue tit and bullfinch separated by a roundel of John the Baptist (f. 14r).

Another manuscript we often look to for inspiration is Burney MS 97, made in Paris in the 1550s or 1560s. We are particularly fond of the heron (f. 4r), the pelican striking her breast to feed her young with the blood (f. 6r), and this rather fetching pair of owls (f. 10r). 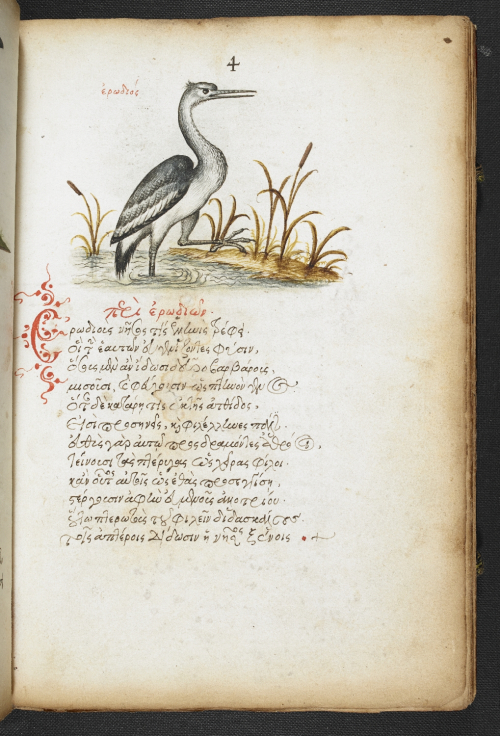 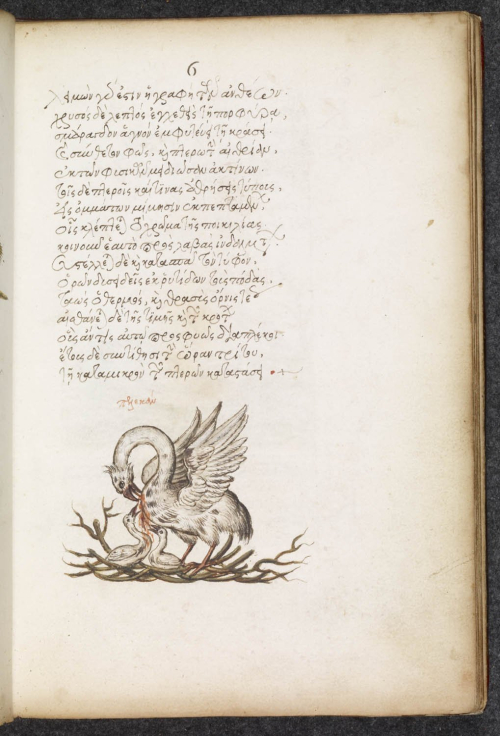 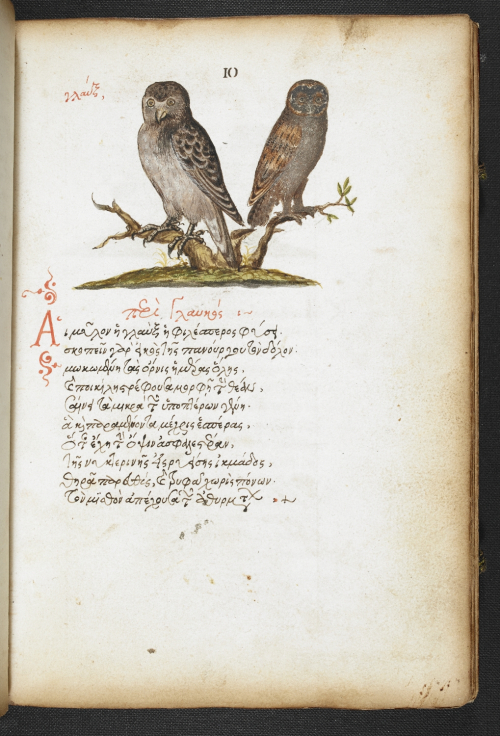 Talking of owls, this rather important looking specimen is found in the border of the Hours of the Earls of Ormond (Harley MS 2887, f. 29r), at the beginning of the Annunciation. If you look carefully at the same border, you can also see a rather splendid peacock and a bear playing the bagpipes! 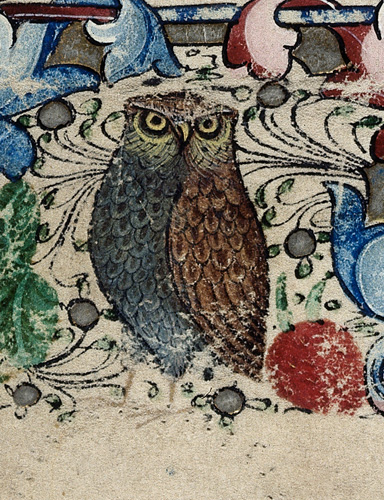 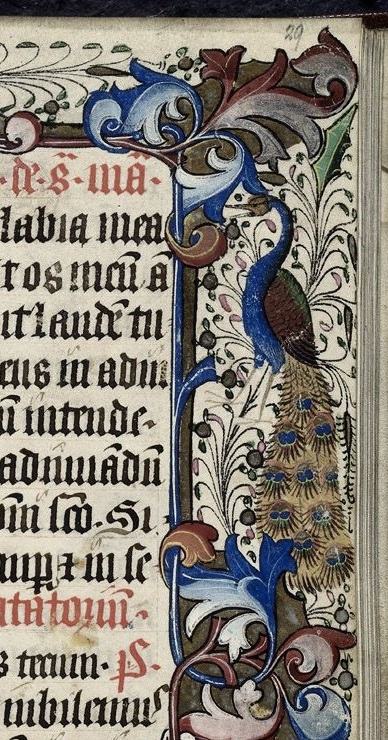 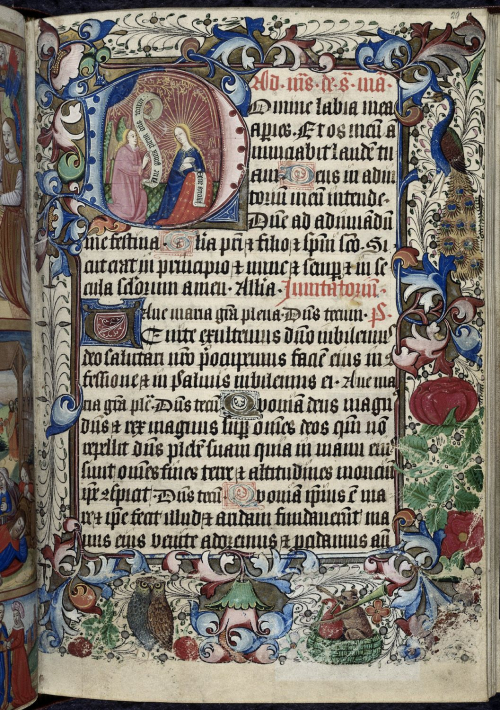 We couldn't resist showing you another peacock, this time alongside other birds, among them a hoopoe and a jay, in a cutting from a gospel lectionary of Pope Gregory XIII (Add MS 21412, f. 110r).

Finally for our birds, how about a little swan-upmanship? This first swan with its noble beak is found in a 13th-century English bestiary (Royal MS 12 C XIX, f. 39v), and would have surely won the prize were it not for the magnificent illustration of the constellation 'Cygnus', made in 9th-century France (Harley MS 647, f. 5v). 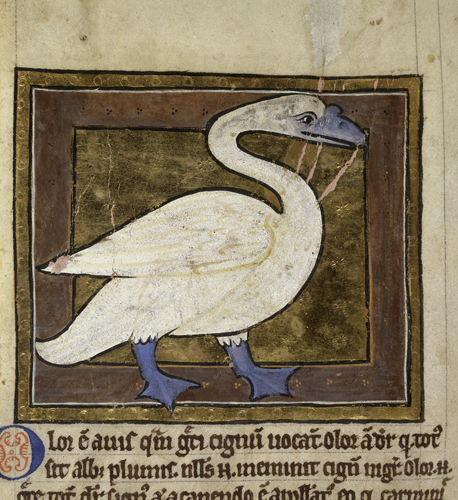 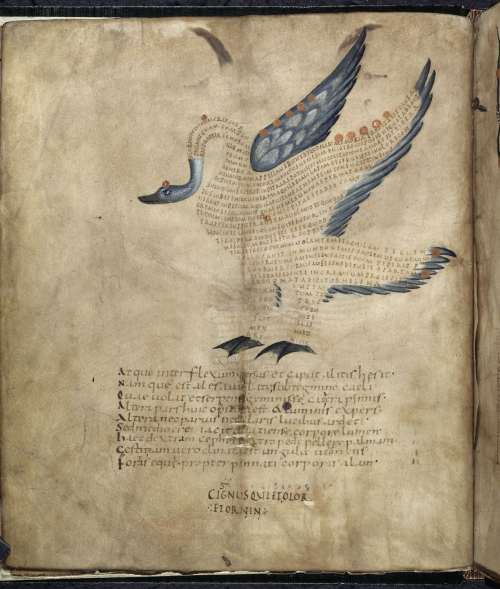 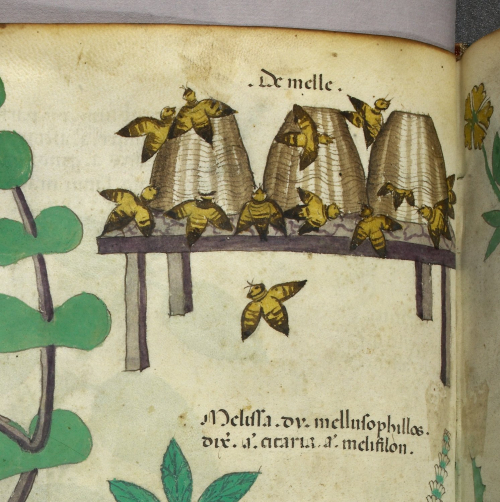 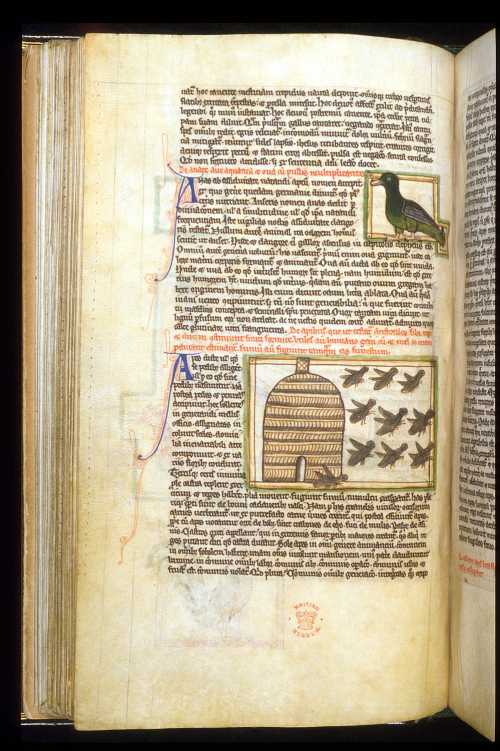 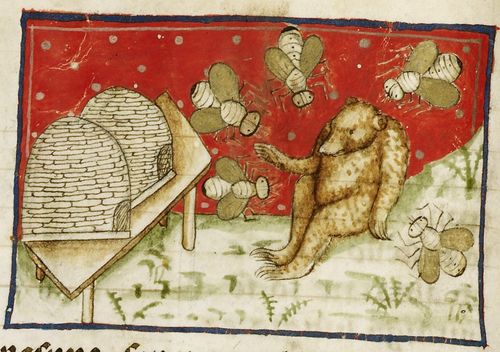