The Joyful Ballad of the Taverners 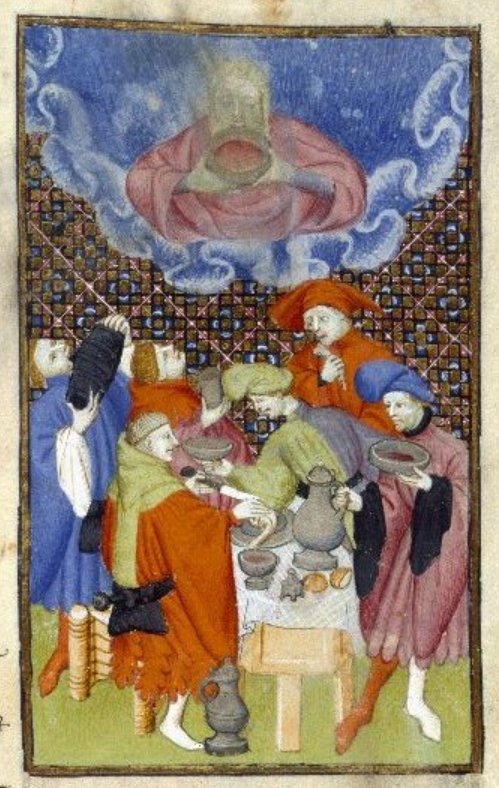 While cataloguing the Harley manuscripts, we recently discovered a previously unknown copy of a remarkable Middle French poem that responds to the practice of diluting wine. This poem, known as The Joyful Ballad of the Taverners (Ballade joyeuse des Taverniers), survives only in a few French manuscripts and early printed books. Our copy was added to a flyleaf of a manuscript (Harley MS 512) containing De Proprietatibus Rerum ('On the Properties of Things'), an encyclopedia of natural knowledge compiled by the Parisian scholar Bartholomaeus Anglicus (d. 1272). 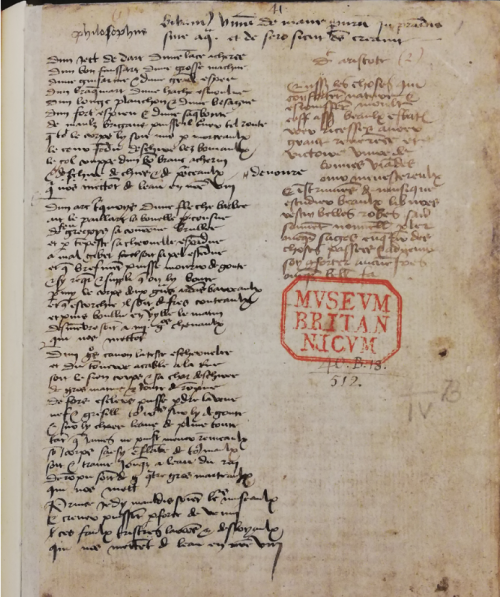 The Joyful Ballad is essentially a catalogue of curses that the poet wished upon taverners who diluted their wine. Although its author is unknown, it has long been associated with François Villon (c. 1431–after 1463), one of the most renowned French poets of the late Middle Ages, but also a murderer, thief and vagabond. Here is a translated stanza in order to give you a taste of the poem:

'Let some great gunshot blow their heads off sheer;

Let thunders catch them in the market-place;

Let rend their limbs and cast them far and near,

For dogs to batten on their bodies base;

Or let the lightning-stroke their sight efface.

Frost, hail and snow let still upon them bite;

Strip off their clothes and leave them naked quite,

For rain to drench them in the open air;

Lard them with knives and poniards and then bear

Their carrion forth and soak it in the Rhine;

Break all their bones with mauls and do not spare

The vintners [or ‘taverners’] that put water into our wine.'

The Joyful Ballad is perhaps the most vitriolic poem to challenge the practice of mixing wine with water. But this subject was also central to medieval debate poetry, in which personifications of Water and Wine were pitted against each other. In the Goliae Dialogus inter Aquam et Vinum ('Goliardic Dialogue between Water and Wine'), they are represented by Thetis, goddess of the sea, and Dionysus, god of winemaking and wine. Dionysus argued that God created the grape without mixing it with water, for which reason it was heresy to drink diluted wine. 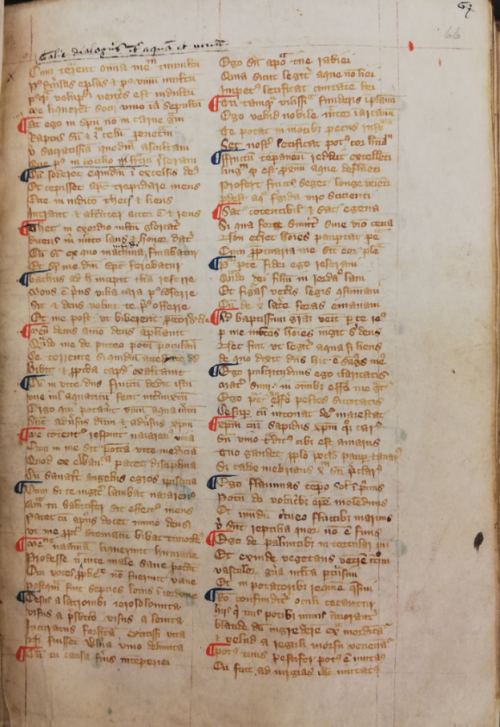 Diluted wine was not only disliked by medieval poets. The Roman poet Gaius Valerius Catullus (d. 54 BC) dedicated one of his poems to the subject. (This was well-known in the Middle Ages: the copy in Burney MS 133 is a good example.) Catullus's poem is suitably addressed to his cup-bearer (Ad Pincernam Suum). Here’s a translated extract:

'And get lost, water; off to drier lands,

Thyonian [Bacchic] is the only wine for me.' 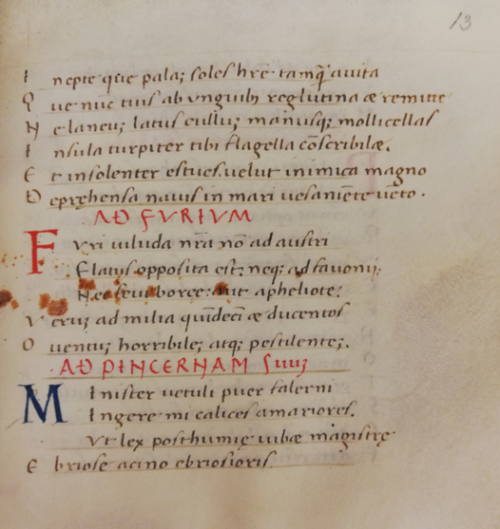 This is a lesson you may wish to bear in mind the next time you visit your local hostelry. We are sure that your friends may be amused if you recite The Joyful Ballad to them, although we cannot guarantee that the innkeeper or bartender may react in the same fashion.

Manuscripts cited in this blogpost

Harley MS 512 (The Joyful Ballad of the Taverners)