What is a bestiary?

As the Getty's wonderful Book of Beasts exhibition draws to close, it's an apt moment to reflect on the medieval manuscripts we know as 'bestiaries'. Elizabeth Morrison, one of the curators of Book of Beasts, has described the bestiary as 'one of the most appealing types of illuminated manuscripts, due to the liveliness and vibrancy of its imagery ... All of us can find something to relate to in the bestiary and its animals' ('Beastly tales from the medieval bestiary'). We might regard bestiaries as a kind of medieval encyclopedia relating to natural history, with one notable distinction: each creature was described in terms of its place within the Christian worldview, rather than as a purely scientific phenomenon. The animals were interpreted as evidence of God’s divine plan for the world. This is particularly true of the first animal typically described in the bestiary, namely the lion. One famous bestiary story is that of the birth of lions. Lion cubs were said to be born dead, until on the third day their father breathed upon them, bringing them to life, a reflection of the Crucifixion and Resurrection of Christ. 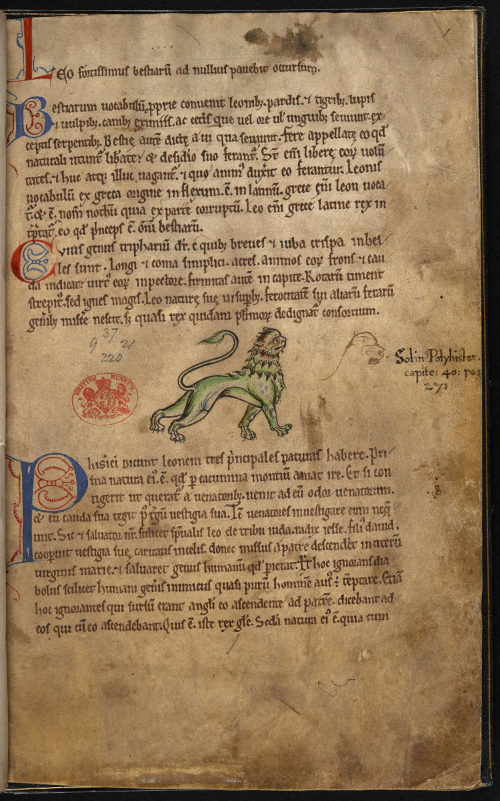 The origins of the bestiary can be traced to the Physiologus, a Greek text devoted to natural history from late Antiquity. Around the 11th century, material was added from Isidore of Seville's Etymologies, a popular early medieval encyclopedia. Bestiaries themselves became popular in England from the 12th century onwards, but they did not all contain the same descriptions or illustrations, leading to them being divided into different families by modern scholars. As Elizabeth Morrison has pointed out, 'the bestiary was not a single text, but a series of changeable texts that could be reconfigured in numerous ways. The number of animals could vary quite significantly, as well as their order.' Bestiaries offer an enticing insight into the medieval mind. Some of the creatures they describe would have been very familiar to their original audience, such as cats, donkeys and owls. Others were more exotic, such as crocodiles and elephants, and this is often a source of amusement for modern readers; normally, the artists were relying upon the text and their own imaginations when depicting such beasts, rather than working from first-hand experience. 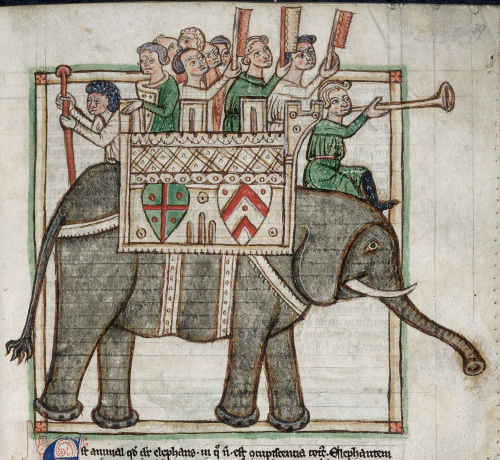 Likewise, bestiaries contain accounts of animals that we would now identify as mythical, such as phoenixes and unicorns. These fantastic beasts inhabited a special place in the medieval imagination, and beyond. You may recognise the illustration of the phoenix, below, from an English bestiary, as one of the stars of the British Library exhibition Harry Potter: A History of Magic. 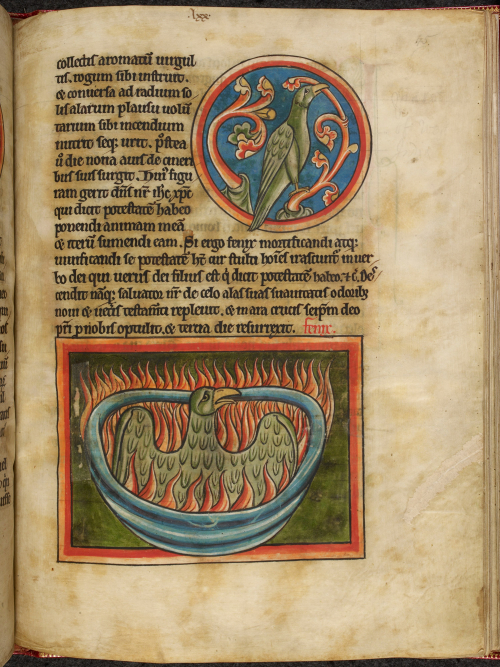 Bestiaries abound with tales of fantastic and fabulous proportions. The story of the whale is a case in point. In bestiary tradition, the whale was so large that it could rest on the surface of the water until greenery grew on its back. Passing sailors, mistaking the animal for an island, would set camp on its back and unsuspectingly light a fire. The whale would then dive back into the ocean, dragging its victims with it. 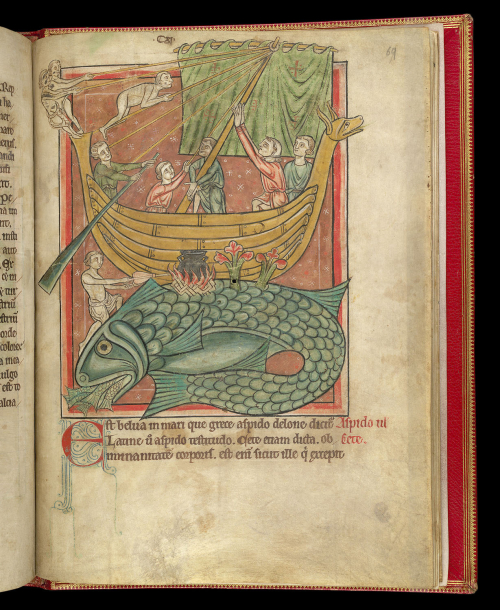 We have reproduced the tale of the whale in this animation, created as part of The Polonsky Foundation England and France Project: Manuscripts from the British Library and the Bibliothèque nationale de France, 700–1200. You could say, we 'had a whale of a time'.

Illuminated Latin bestiaries survive in significant numbers. The Getty's exhibition catalogue lists a total of 62 examples, now dispersed across collections in the United Kingdom, Belgium, Denmark, France, Germany, Italy, the Netherlands, Russia and the USA. No fewer than 8 are held at the British Library (and we loaned 6 manuscripts in total to Book of Beasts). 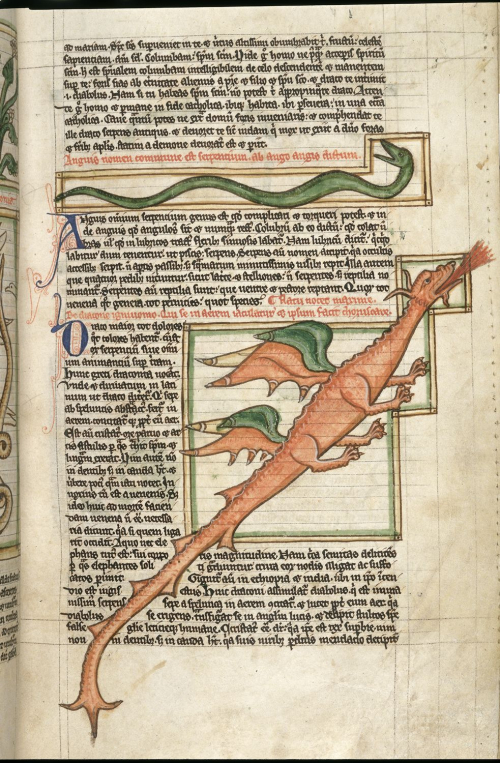 Here is a list of the illuminated Latin bestiaries in the British Library's collections:

Cotton MS Vitellius D I: England, 2nd half of the 13th century 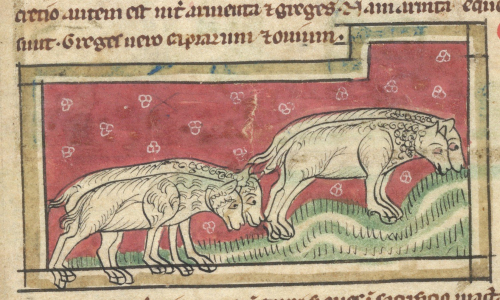 You can read more about bestiaries in Elizabeth Morrison's article, 'Beastly tales from the medieval bestiary'.