Discovering Sacred Texts also includes many spectacular medieval manuscripts. For our readers, here’s a handy guide to some of the specially written articles focusing on pre-1600 western manuscripts on the site. 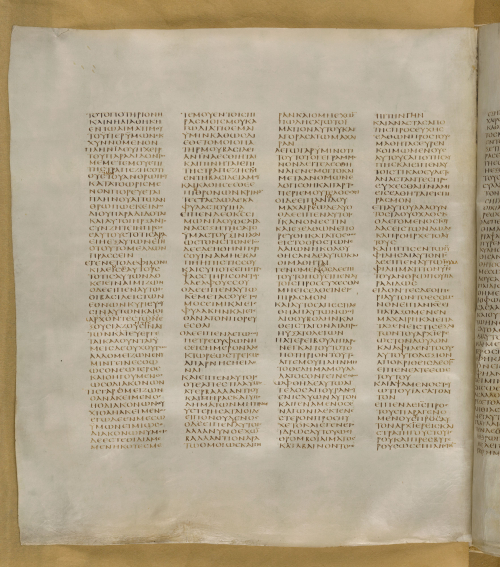 The Christian Bible is formed of numerous books that were written over hundreds of years. Early Christians adopted the Jewish scriptures, which they characterised as the Old Testament, and added to them a collection of texts recounting the lives and teachings of Jesus of Nazareth and his early followers, called the New Testament. At first, the Christian Bible circulated in Greek but before long it was translated into a wide variety of languages: Coptic, Syriac, Armenian, Georgian, Ethiopic and Latin. 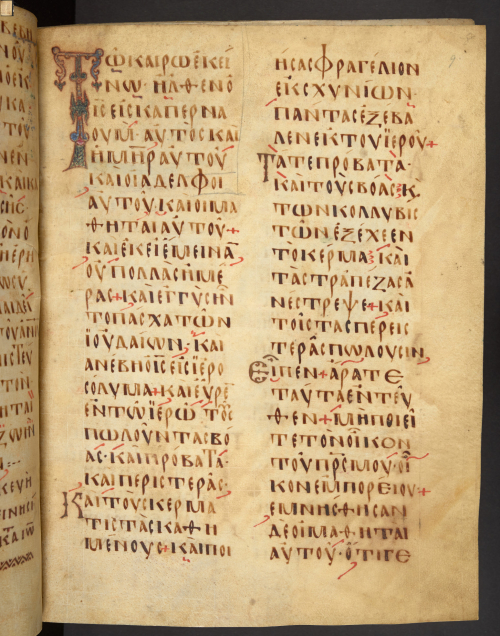 Copies of the entire Bible were rare for much of the ancient and early medieval period. Portions of the Bible, such as the Gospels, Psalms and Apocalypse, were regularly produced as separate volumes. The text was often shaped to suit the readers’ needs. For example, passages might be re-ordered to form a lectionary, combined to produce a harmonised text, or paraphrased as a summary version.

Explore the different contents and uses of biblical manuscripts in Manuscripts of the Christian Bible, by Scot McKendrick. 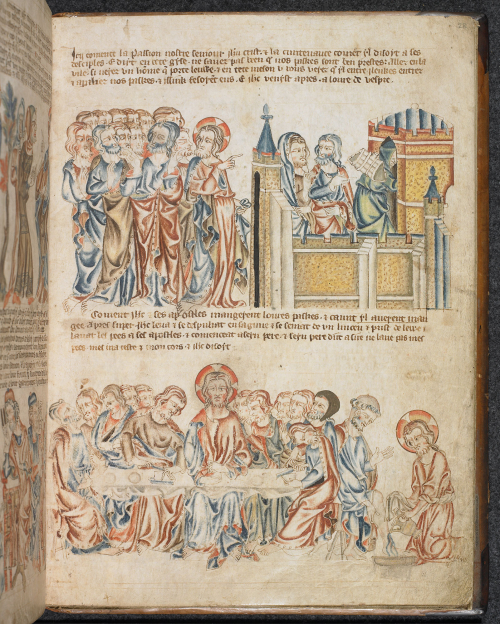 Unlike in other Abrahamic religions, Christian sacred texts were often produced with extensive illustrations. The Church justified images as a useful tool for teaching people about scripture. Rich decoration could also emphasise the importance of the biblical text itself, with shimmering gold evoking the glory of heaven. Decorated letters, either with abstract or figurative designs, might also serve the practical purpose of marking the beginnings of texts.

Learn more about the development and functions of images in medieval biblical manuscripts in Biblical Illumination, by Kathleen Doyle. 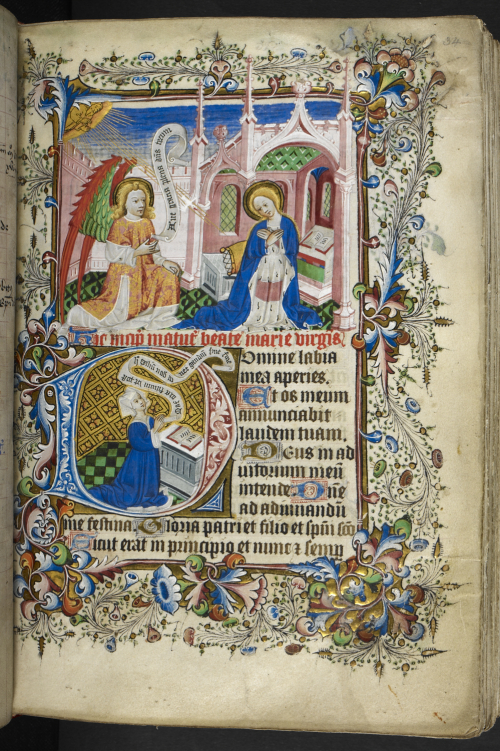 The most popular book of the late Middle Ages was the Book of Hours, a type of prayer book for the laity. While their contents vary, the prayers often focus on the Virgin Mary and the Passion of Christ, with shorter prayers included for a wide variety of saints. Many Books of Hours also include images, both to appeal to the eye and to deepen the spiritual experience of prayer. Often, they were carefully customised to reflect their owner's personal interests.

Discover the different texts and images that appear in Books of Hours in Medieval prayer-books, by Eleanor Jackson. 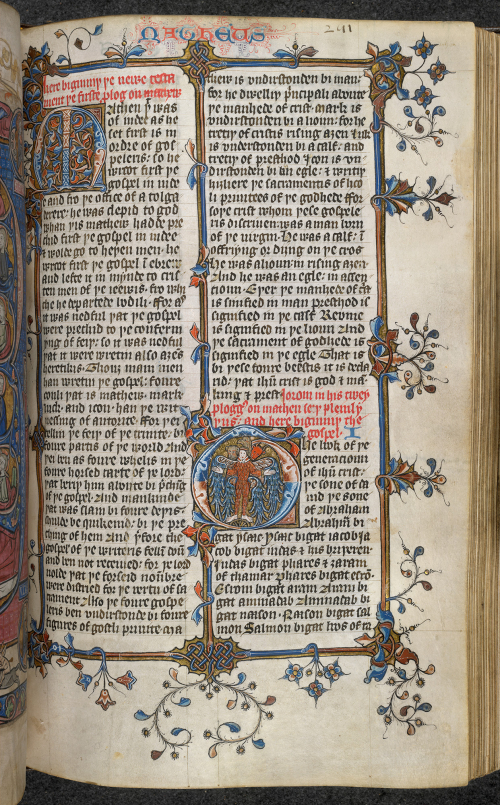 The Bible was translated into a wide range of languages from an early date. The oldest known translation of a biblical text into English is the Old English translation of the Psalms added between the lines of the Vespasian Psalter in the mid-9th century. The entire Bible was first translated into English by the followers of the reformer John Wycliffe in the last decades of the 14th century, at which point it provoked considerable controversy.

Find out more about medieval translations of the Bible in The importance of translation in the diffusion of Christianity, by Annie Sutherland. 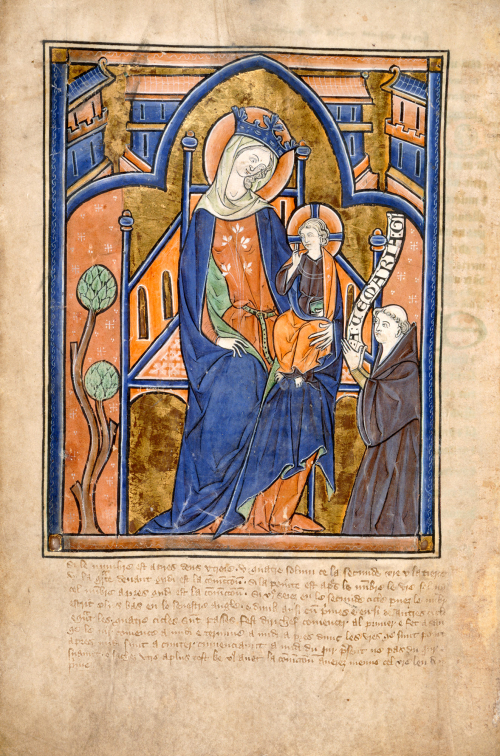 Women played an important role in Christianity from the time of Christ and throughout the Middle Ages. The Virgin Mary and three women who were the first witnesses to the Resurrection of Christ served as exemplars of holiness and were often depicted in medieval manuscripts.

Learn more about attitudes to women in Women and Christianity, by Christine Joynes. 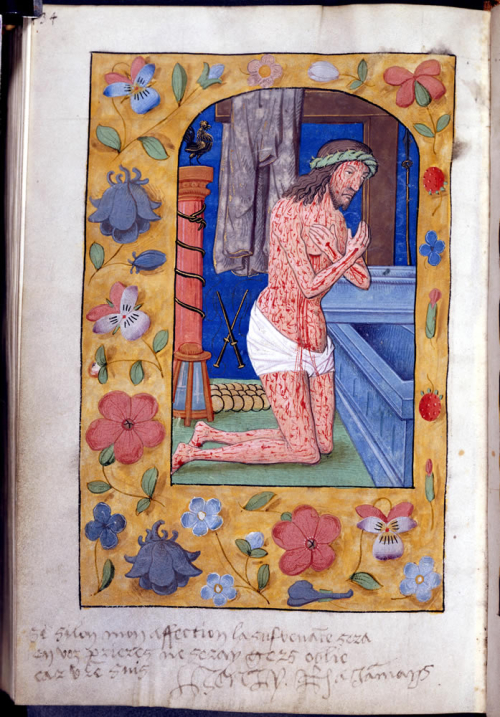 King Henry VIII formally broke with the Roman Church after Pope Clement VII refused to grant him an annulment of his marriage to Catherine of Aragon so that he could marry Anne Boleyn. In the decades that followed, the dissolution of the monasteries and programmes of Protestant reform led to the widespread destruction of medieval manuscripts. Yet Henry himself remained devoted to medieval religious traditions and he owned a large number of Latin devotional manuscripts.

Learn more about Henry’s manuscripts and the consequences of his break with the Roman Church in Henry VIII and the Reformation, by Susan Doran. 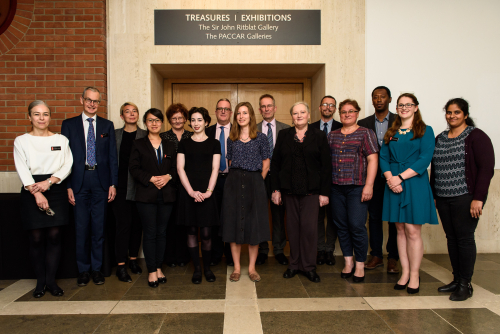 As well as these ancient and medieval-focused articles, there are lots of other fascinating articles about the Library’s diverse collection on the Discovering Sacred Texts web-space. We hope you enjoy exploring!