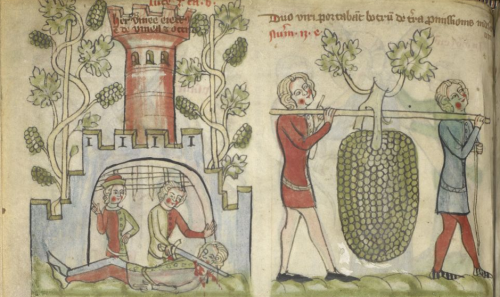 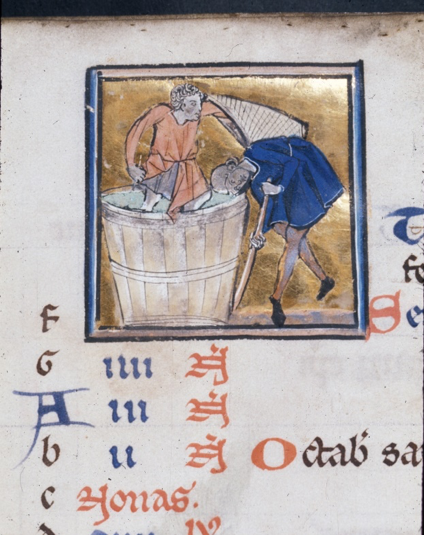 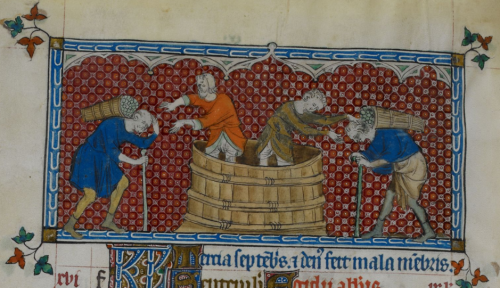 "The angel swung his sickle on the earth, gathered its grapes and threw them into the great wine-press of God’s wrath. They were trampled in the wine-press outside the city, and blood flowed out of the press [...]".  (Revelation 14:19-20).

Wine and wine-making are a prominent metaphor in the Book of Revelation. This manuscript of Beatus of Liébana's Commentary on the Apocalypse conveys the drama of the biblical text with vivid colours and imagery: Add MS 11695, f. 168r

On the other hand, once the grapes are picked, it is advisable to crush them immediately — unless one is producing wine made from dried grapes through techniques which, although popular today, did not exist in the Middle Ages. Trampling the grapes was not the only way to crush them. The Romans had invented technology using mechanical pressure to crush grapes into juice. Their successors went further, developing the 'basket press'. This typically medieval wine-press used a basket made of wood staves kept together by metal rings, while a heavy disc pressed down towards the bottom of the basket, forcing the juice of the grapes to ooze out between the staves into a container. 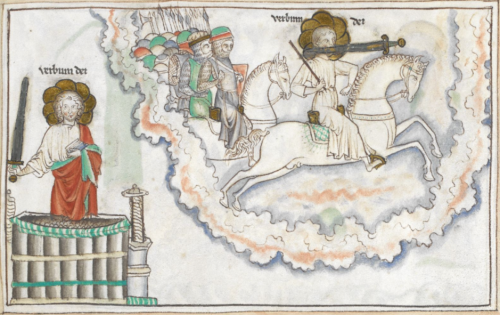 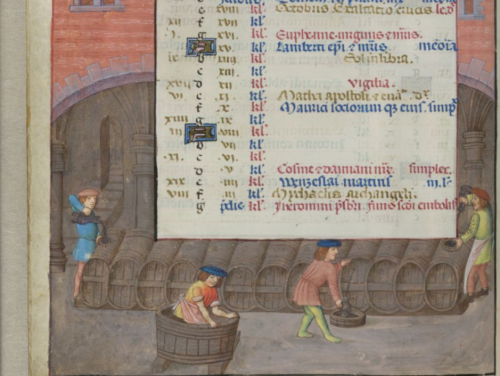 Wine had been made in western Europe before the Middle Ages. The ancient Greeks and the Romans planted most of the vines that were producing wine in the Middle Ages. Just like today, wine was consumed for the pleasure of it. An important part of its production, however, was driven by the requirements of the Mass, with wine being an essential part of Communion. Wine was biblical, liturgical, communal, bridging the gap between the sacred and the profane. A common motif was that of Christ in the wine-press, which brought together several mystical and theological insights, based on imagery from the Book of Revelation: "He treads the winepress of the fury of the wrath of God Almighty” (Revelation 19:15). 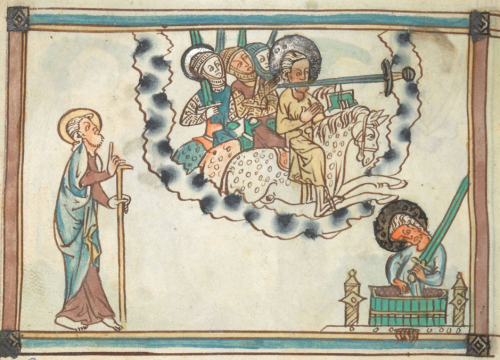