How to survive Halloween

On All Hallow’s Eve, also known as Halloween, witches are often said to congregate at Sabbaths. Celtic belief had it that, on the eve of Samhain, the boundary between our world and the Otherworld was at its weakest, allowing evil spirits and fairies to cross over. Just to be on the safe side, we've delved into our manuscripts to find forms of protection against any evil lurking out there. 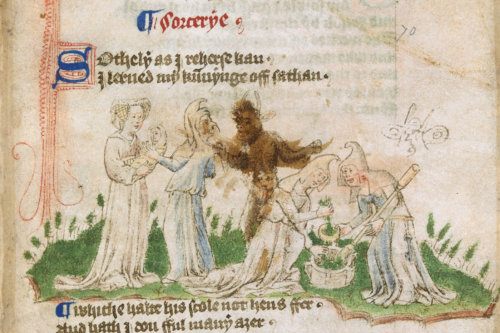 If you encounter a witch of the evil kind, we recommend that you consult Harley MS 3831 (recently re-catalogued as part of our Harley project). It features 16th-century ‘charms’ (spells using elements from prayers and incantations) against witchcraft, containing formulas from the Canon of Mass, divine names, and this prayer against evil:

In the name of Jesus christe be With me and forgive me my synnes / thetarnall god Lorde blesse me and deliver me from all eville [in the] in the name of the father and of the sonne and of the holy ghoste Amen.’ 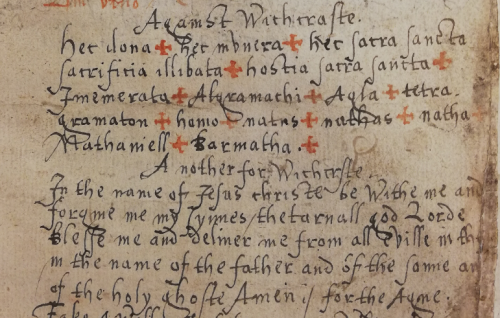 According to another manuscript, Sloane MS 3824, you might alternatively wear an amulet containing magical seals inscribed with the names of God and the Evangelists, and a binding spell for witches: 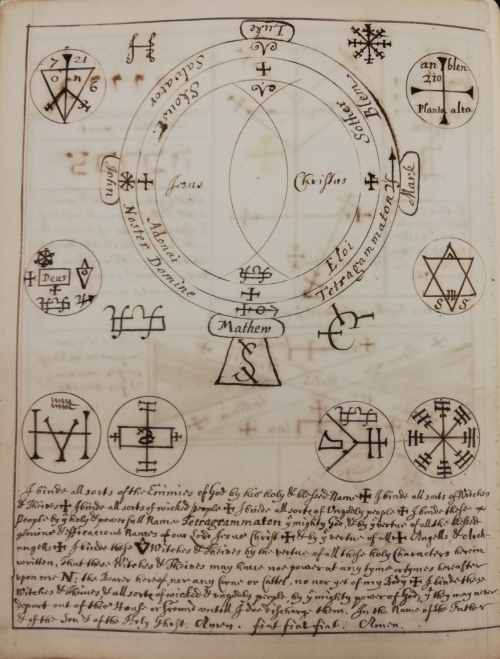 Don’t panic if you are bewitched. Simply follow these instructions provided by Sloane MS 3706: boil your urine over a fire, add to it a pinch of salt, and recite the opening of the Gospel of St John (‘In the beginning was the Word’) over it three times. Three needles should be put in the brew, while invoking the names of God, and reciting a prayer to break the witch’s power:

Take the parties water greved, and set it over the fier and put into it a Little salte, then reade the gospel of St Jhon for Christmas day .3. times and when the vreu [‘brew’] doth begin to boyle, have in a redines .3. needles, and in puttinge them into the vreu one after another, you must say in putting in the first, you must say, “one in godes name”, in putting in the second, say, “twoe in godes name”, and so for the thirde, say, “three in godes name”. Then say, “In the name of the father, of the sonne, and of the holy ghost”. Amen. Even as this vreu doth waste consume and burne, so may his, hir, or theyer witchecraftes, Inchauntments or sorceries or any other which hath bewitched .N. may returne, and lighte upon themselves againe, and that by the most vertues names of god: “Tetragramaton. Alpha et omega. Messias. Sother. Emanuel. Unigenitus. Vita. Via. Jesus Christus. Amen. By these holie names of god. I drive and curse thee, and swear you from your office and dignitie. I doe drive you by the virtue of them, into the nether pitt of hellfier, there to remaine and burne with unquenchable fier, till the day of Judgment, Excepte that you doe cause that even as this vreu doth waste consume and burne, so may his, hir, or theier witchcraft that bewitched N[ame]. thy servaunt returne again and light upon themselves againe”. Say this three times over and at every time say our Lordes prayer. And at the same hower and time that the praier is said an alteration shalbe in the partie bewitched, and so by godes grace it shall mende afterwardes.’ 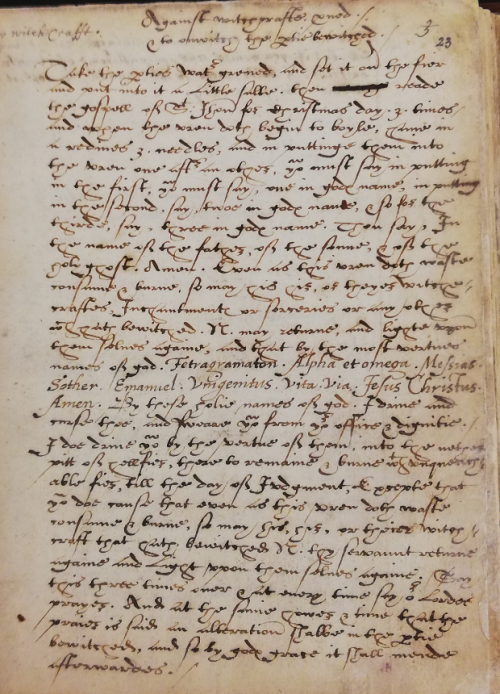 Evil spirits, like witches, can also be countered by making amulets against them. Here are some examples from a 17th-century English roll with sixty-three magical seals: 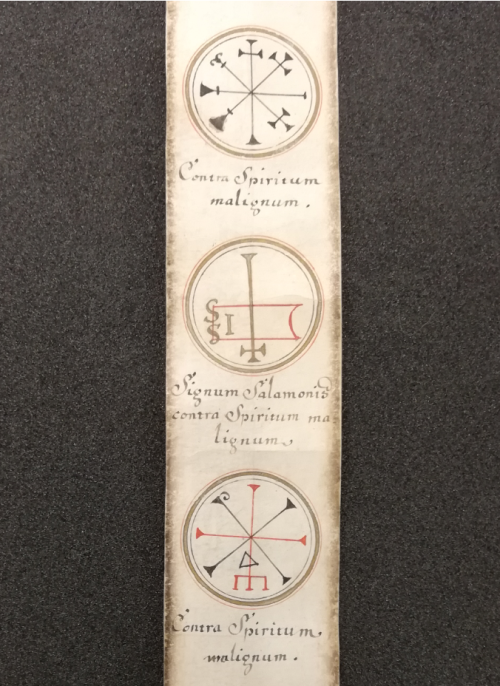 You should also be wary of elves. English manuscripts as early as the 8th century warned against them. A 15th-century charm in Sloane MS 963 put them on a par with demons and provided a powerful conjuration against them:

‘I conjure and call upon you elves and all the offspring and seed of the devil and of diabolical deception, through the Father and Son and Holy Spirit, that you, from now on, may not have the power to harm this servant of God [Name].’

It might be wise to recite a charm against elves and demons from Sloane MS 962 before going to bed. Aside from keeping you safe while awake, it will also protect you against nightmares — often thought to be caused by malign entities such as ‘mares’ and elves. It does so by invoking the names of the Seven Sleepers, who, according to popular legend, were a group of 3rd-century Christians from Ephesus. During the Roman persecution under Emperor Decius, they retreated to a mountain cave to pray. Having fallen asleep, the Romans sealed them inside the cave, but with divine protection they woke up only when the cave was reopened, more than 300 years later. Medieval charms often invoked them for safety during sleep:

‘I conjure you elves and all the nightly or daily troubles of demons, by the Father and the Son and the Holy Spirit […] and by the intercession of all saints and by the Seven Sleepers whose names are as follows: Malchus, Maximian, Dionysius, John, Constantine, Serapion, Martinian […] that you may not harm or do any evil to or attack this servant of God [Name], neither while sleeping nor waking.’ 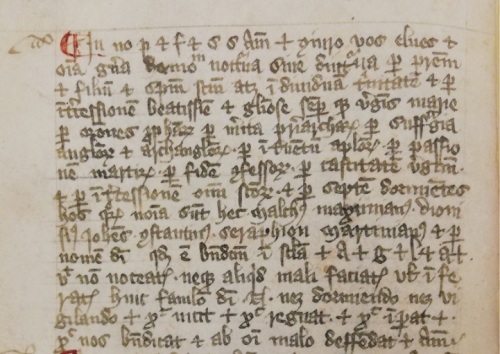 We hope these charms and amulets will help you ward off any evils on Halloween. Sweet dreams!