Works written by ancient Greek and Roman authors have made a major impact on the world’s culture and society. They profoundly shaped medieval thought, as you can discover in Cillian O’Hogan’s article The Classical Past on the Polonsky England and France 700-1200 project website. Compared to their afterlife and significance, however, the number of classical writings that have actually survived is surprisingly low. Why were some works lost while others survived, and where can you find them? 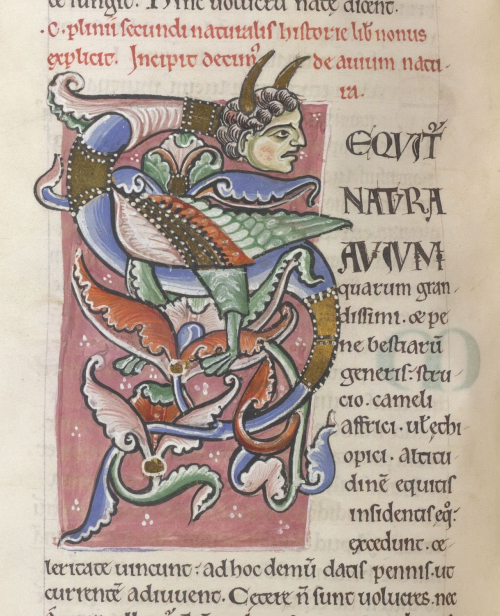 Beginning of the book on the nature of the birds from Pliny’s Natural History: England, 2nd half of 12th century, Arundel MS 98, f. 85v

A large number of classical texts do not survive at all. For example, we have only about a third of the works of Aristotle. His famous treatise on laughter and comedy – desperately sought in Umberto Eco’s The Name of the Rose – has not come down to us. Some highly acclaimed pieces of ancient Greek lyrical poetry, such as Sappho’s poems, have also disappeared.

Many ancient plays, both in Greek and Latin, are only known by name. Various works of epic poetry, such as Cicero’s famous poem on his own historical significance, humbly titled On my own consulship, do not survive. Nor is there any trace of a substantial proportion of scientific and historical writings by ancient Greek and Roman authors. Sometimes we have hints of works only, such as this parchment book tag which used to serve as a 'title page' to a scroll containing Sophron’s Comedies on Women from the 5th century BC, now lost.

A book tag (syllibos) with the title of a lost papyrus scroll said to have contained Sophron’s Comedies on Women: Oxyrhynchus, Egypt, 1-2nd century, Papyrus 801

Traditionally, barbarian invasions and Christian monks have been blamed for intentionally destroying works of the classical past. The image of burning books and libraries is often evoked in scholarship, fiction and films alike. While this may have occasionally occurred, the biggest deciding factor for the survival or disappearance of classical texts is actually likely to be their use in medieval school education.

The reason for this is that works that made it onto school curricula tended to be copied more, so medieval scribes preserved them in large numbers. Texts that proved to be too difficult or unsuitable for use in schools were more prone to being lost. For example, of the 142 books of Livy’s exceptionally long work, The History of Rome from its Foundation, from the 1st century BC, only 35 books have survived intact, with the rest preserved only in extracts abridged for school use. 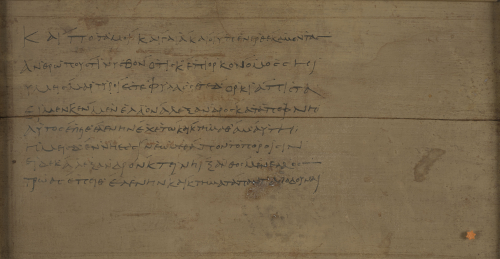 An example of a classical text surviving through use in school - eight lines from Homer’s Iliad written on a wooden tablet by a teacher: Egypt, 3rd century, Add MS 33293

School curricula also explain why ancient grammatical literature was transmitted in surprising quantities across medieval Europe and the Mediterranean, including educational material for the study not only of Latin but also of ancient Greek. Popular texts, such as Priscian’s 5th-century Institutes of Latin Grammar, survive in large numbers, sometimes annotated with glosses or notes added in classrooms, as in this example from 11th-century France. 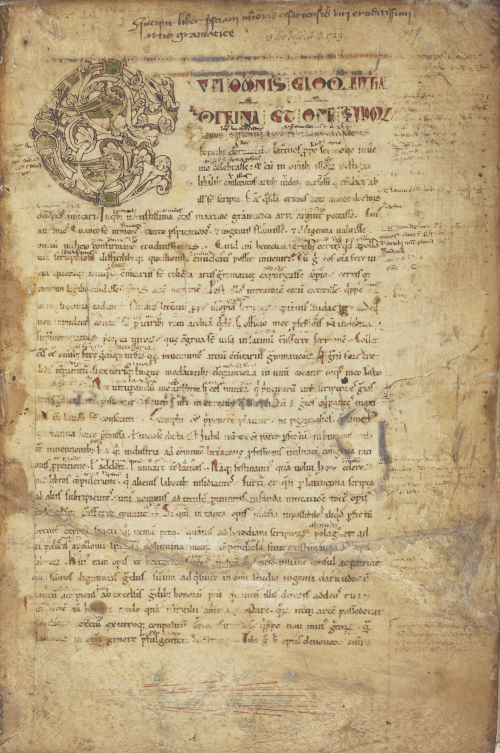 A heavily annotated title page from an copy of a grammatical textbook by Priscian, which was widely used in medieval schools: France, 11th century, Harley MS 2763, f. 1r

Although schools filtered the classical tradition rather heavily, omitting a number of texts that we would now be eager to read, the ancient schoolmasters had a surprisingly broad literary grasp. We have works on ancient mythology such as Ovid’s Metamorphoses, and encyclopaedic works such as Pliny’s Natural History. The works of Homer in the Eastern Mediterranean and Virgil, Cicero, Horace and Ovid in the West all survived thanks to their inclusion in late antique and medieval secondary education.

This key role of schools in the transmission of the classical past sheds a special light on other surviving texts, too. Ancient Roman plays, for example, have come down to us not as scripts for theatrical performances but rather as school manuals. They were used to teach students how to find the right words, tone and style to use in various situations, from speeches at courts to creative writing, as in this copy of the plays by the 2nd-century BC playwright, Terence. 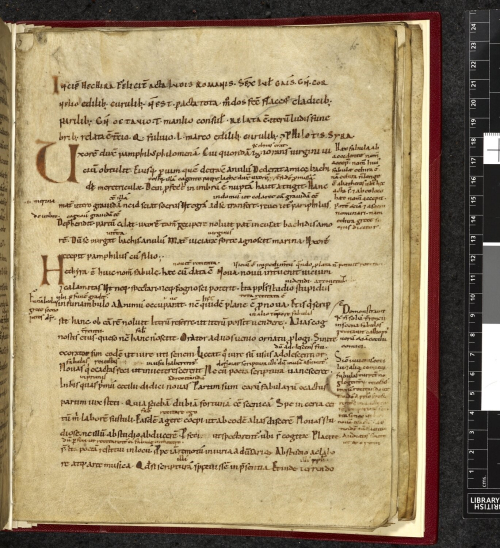 But besides medieval manuscripts, there is another source which reveals additional clues about classical texts: the papyri preserved in the sand of Egypt. The large number of papyrus fragments excavated at various sites in Egypt have already filled many of the gaps in our knowledge of the Classics. They have supplied us with lost works by Aristotle (The Constitution of Athens), almost complete comedies (such as The Hated Man by the 4th-century BC Menander), and unique fragments from Sappho, alongside remarkable survivals of ancient science. Many of these amazing finds are in the British Library’s collections and are presented in articles on our Greek Manuscripts website. 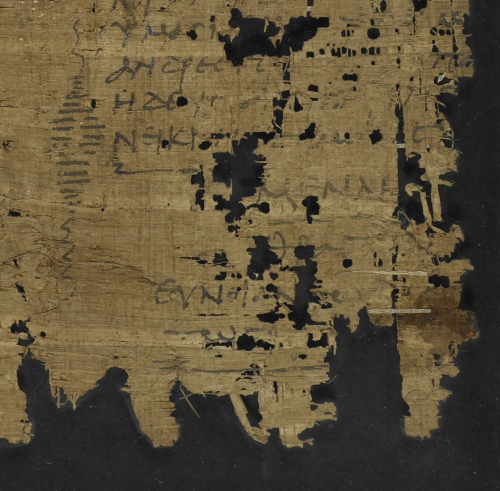 Here, you will find more on the Aristotle papyrus, a remarkable medical fragment and some carbonised scrolls from the destroyed city of Herculaneum.

Whether preserved in medieval libraries or in archaeological sites, the works of the classical past continue to inspire us. As work on the British Library’s collection of ancient texts continues worldwide, we hope that there are many more discoveries to come.