For over 3000 years, people have told legends of a long and bloody war between the Greeks and the Trojans, sparked by the abduction of the beautiful Queen Helen of Sparta by Paris, the Trojan prince. In response, a mighty force of Greek heroes laid siege to the city of Troy for ten years. The siege only ended when the Greeks built a giant wooden horse and left it outside the city gates as an offering. The Trojans, not realising that it was a trick, brought the horse into the city. A band of Greek soldiers were hiding inside the horse, and when night fell they crept out. They opened the gates to the rest of the Greek army, who massacred the population and destroyed the city.

The British Library has loaned seven ancient and medieval manuscripts to the British Museum’s current exhibition, Troy: myth and reality (21 November – 8 March 2020‎). We’re going to be exploring how these manuscripts reveal the evolution of the tale of Troy over the centuries, starting with the Greek tradition today and following with a second blog post about the Latin tradition. 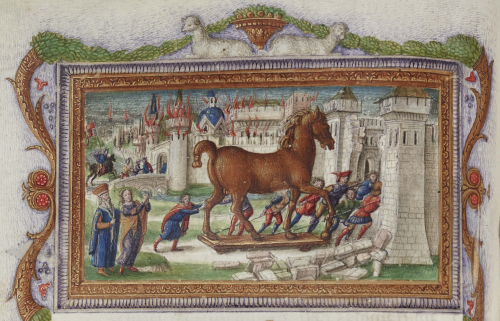 However cruel and bloody it may sound today, the siege of Troy was only a rather average-sized case amongst the many brutal battles of classical antiquity. There were several more devastating carnages recorded, for example during the long wars between Rome and the North African Carthage, or between Rome and King Pyrrhus’ forces from the Greek city of Epirus.

What then distinguishes Troy and the Trojan war from other even more horrific and disastrous wars of antiquity? The question was answered by none other than Alexander the Great, another conqueror of the 4th century BC. Upon reaching the tomb of Achilles, one of the greatest heroes of the Trojan War, Alexander cried out how lucky Achilles was to have his deeds and memory preserved by the great poet Homer. 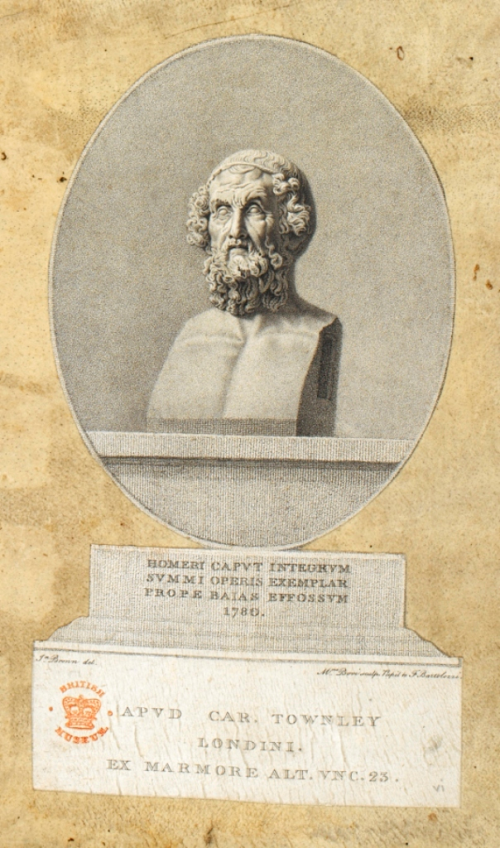 The key to the long-standing fame of siege of Troy is the fact that it became the subject of two of the most important and masterful Greek epic poems of Classical Antiquity: the Iliad and the Odyssey. The two poems, presumably pieced together from earlier oral traditions in the 8th century BC and attributed to the blind, prophet-like poet Homer, are iconic pieces of ancient Greek literature.

Read and admired by generations of scholars, poets and artists, the two epic poems were part of the Greek school curriculum all over the Mediterranean. Children and young adults, together with their teachers and instructors, spent hours reading, understanding and memorising Homer’s verses. No wonder that the poems come down to us in hundreds of various formats – from cheap copies for schools to deluxe papyri designed for scholarly use or showing off. 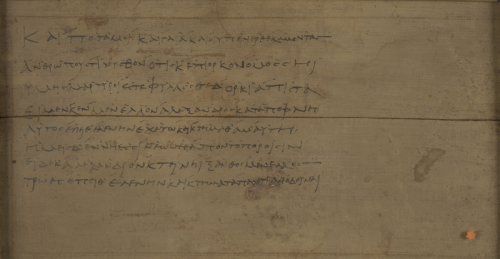 A splendid example of the showy format of deluxe papyri is Papyrus 732. This 1st-century AD copy from Book 13 of the Iliad is written with elegant Greek uncials for wealthy patron, probably a scholar who had even put one annotation to the column on the left. 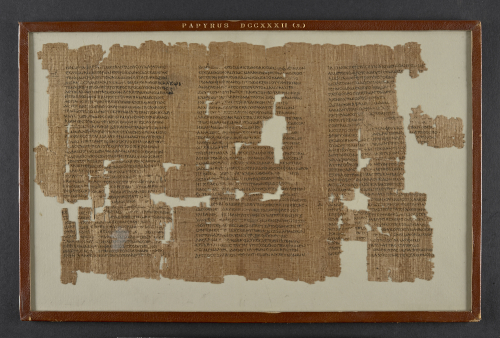 Papyrus 271 is even more lavishly written, containing portions of the Odyssey from the 1st century AD. It shows the end of Book 3 of the poem with a nice endpiece (colophon) on the right. The annotations in the margins are even more interesting. These little notes explaining the grammar or the content of the ancient text are extracts from ancient commentators of the Homeric epics. They preserve fragments from scholarly works that do not survive anymore and represent centuries of scholarship on Homer. 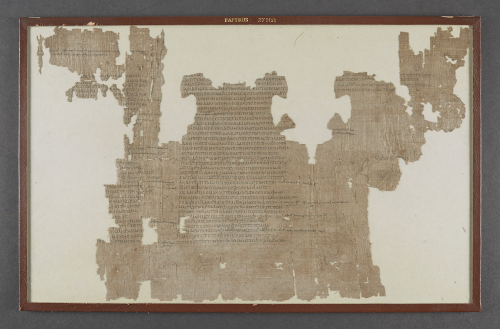 These scattered notes were later assembled into one almost continuous commentary on Homer’s texts that often accompanied both the Iliad and the Odyssey in later manuscripts. An excellent example of this textual tradition, usually called the school-commentaries (scholia) on Homer, is the Townley Homer.

This manuscript, known after its previous owner, Charles Townley (1737-1805), was probably written in 1059 and contains the text of the Iliad with an extensive array of marginal scholia. An elaborate system of red signs connect the main text of the poem to the lengthier notes on the margins. Between the widely spaced lines of Homer’s text there are several interlinear notes (glosses) explaining difficult words or archaic grammatical features of the text for the reader. All this was designed for a fuller and deeper understanding of the poems. This remarkable manuscript preserves centuries of Homeric scholarship in the form of a handy manual that ensured the transmission of not only Homer and the memory of Troy but also a whole range of other texts, grammars, scientific works, fables, literary and metrical works for the following centuries. 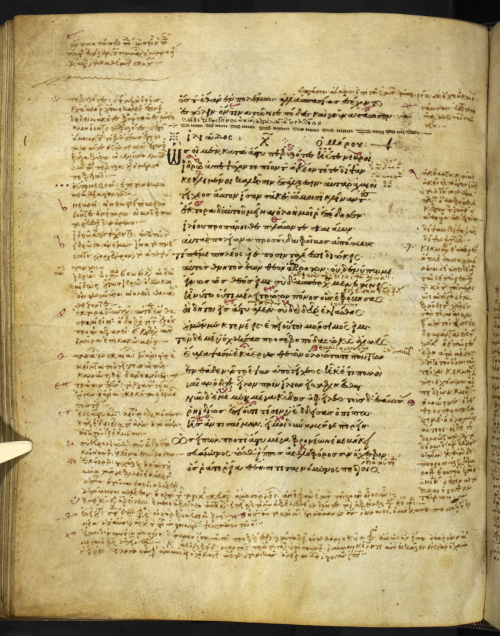 Homer’s Greek epics also inspired Latin writers who reimagined the story of Troy for new audiences and new purposes. Read part two of this blogpost to learn how the Trojans founded Europe, and check out the British Museum’s exhibition, Troy: myth and reality (21 November – 8 March 2020‎) where you can see most of these manuscripts on display.