It has been eight months since tragedy struck Notre-Dame, the iconic cathedral of Paris, when fire broke out on its roof on 15 April 2019. The cornerstone of Notre-Dame was laid in 1163 (though construction on the site may have begun as early as 1160) and it was fully completed around 1250. But the presence of a religious community headed by the Bishop of Paris on the Île de la Cité – the island in the Seine at the heart of Paris – was already long-established. There had been a church or a cathedral there since possibly as early as the 4th century.

Moreover, at the time of the building of the new Gothic cathedral, the cathedral school of Notre-Dame enjoyed a far-reaching reputation, largely due to outstanding scholars such as Peter Lombard (d. 1160) and Peter Cantor (d. 1197). This resulted in close connections between the influential intellectual sphere of Paris and the English ecclesiastical and scholastic elite. Some of these connections are evident in surviving manuscripts that have been digitised as part of the Polonsky Foundation England and France 700-1200 project. 12th-century Paris was celebrated throughout Europe as the leading place for the study of theology and the liberal arts. One of the personalities that inspired this acclaim was the theologian Peter Lombard (d. 1160) . It was also largely due to him that the cathedral school of Notre-Dame became one of the main schools of the emerging University of Paris.

Originally from Lombardy in north-western Italy, Peter initially lacked any influential French contacts or relations. But by 1145 he had made such a name for himself as a teacher of theology that he was invited to be the magister (‘master’ or ‘teacher’) of the cathedral school of Notre-Dame, and was appointed as Bishop of Paris shortly before his death. 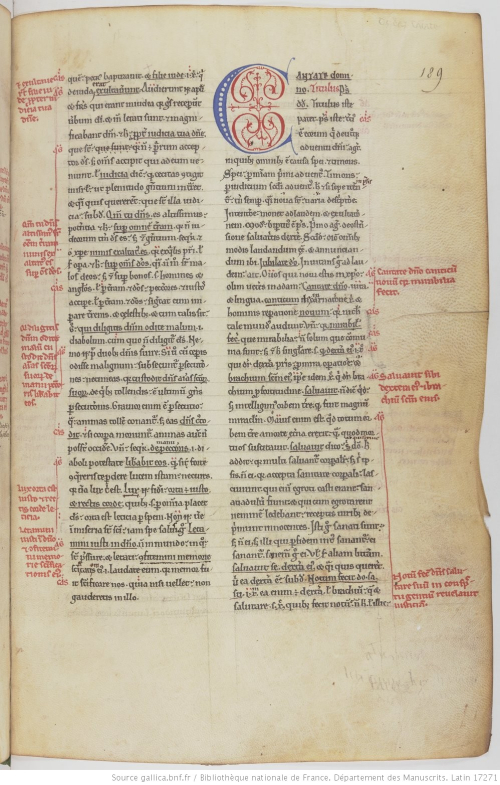 Peter Lombard’s commentary for Psalm 97 (98) beginning with a large blue initial 'C(antate Domino)', while the text of the Psalm itself is written in the margin in red: England, second half of the 12th century, BnF, Latin 17271, f. 189r

Peter’s most influential work, the Four Books of Sentences, became the standard theology textbook for much of the Middle Ages, but his commentaries on the Psalms were also exceptionally widely circulated. The speed with which his works were disseminated is illustrated by the two copies of his commentary on the Psalms digitised by the Polonsky England and France project (Add MS 54229 and BnF, Latin 17271) which were made in England, possibly during Peter’s own lifetime or shortly after his death. You can read more about the innovations in page layout that Peter Lombard’s commentary inspired in this article about the tradition of Glossed Psalters. 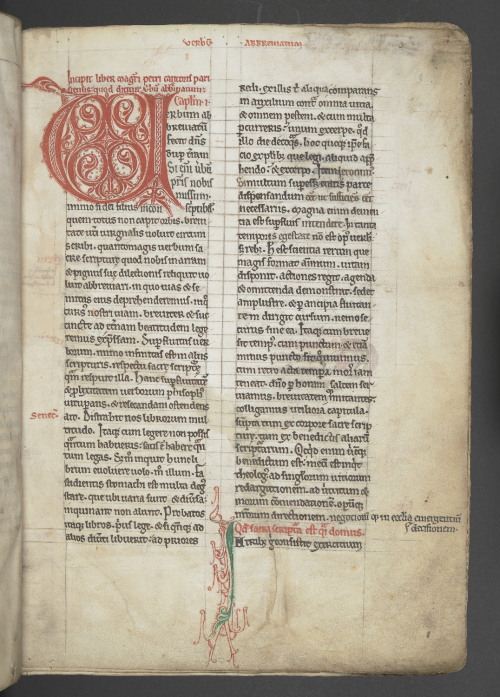 During the first phase of the building of the new Notre-Dame cathedral, another exceedingly influential theologian called Peter became closely associated with the cathedral chapter. It is unclear when he arrived in Paris to teach, but around 1183 he had become the Cantor of Notre-Dame, and is therefore known as Peter Cantor, or Peter the Chanter (d. 1197). The position of Cantor was the second highest in rank of the members of the cathedral chapter. The Cantor’s work involved managing the activities of the choir: for example, supervising liturgical services and teaching the choristers. However, based on documentary evidence of his activities, it seems that Peter mainly focused on teaching theology and engaging in church government.

In the 1190s Peter assembled his teachings on practical morality developed during his long career as a theology lecturer into the work Verbum abbreviatum (roughly ‘Abridged sayings’). This text quickly became popular throughout Europe and almost 100 copies are known to have been in circulation during the medieval period. 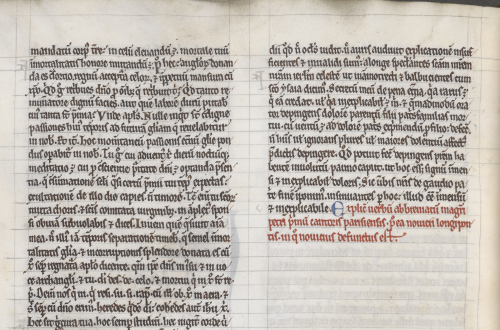 ‘[Here] ends the Verbum abbreviatum of Master Peter, the foremost Chanter of Paris, afterwards a novice of Longpont, in which place he died [as a] novice.’

This refers to the fact that Peter Cantor was elected dean of the cathedral chapter of Reims in 1196, but on his way there he stopped at the Cistercian abbey of Longpont.  While there he became ill and died in January 1197. The precise details are unclear, but this explicit seems to suggest that shortly before his death he joined the Cistercian community at Longpont but died before he could take his vows.

Perhaps this news had been recently received by the scribe of the manuscript. In any case, it shows that details about the author, as well as copies of his texts, could spread quickly across the Channel to England.