In Praise of the Psalms

When we were cataloguing a Psalter manuscript as part of the Polonsky Foundation England and France digitisation project, we identified a previously unrecognised copy of the text known as De laude psalmorum ('In praise of the Psalms'). This short Latin treatise explains why saying the Psalms was considered spiritually beneficial, and which Psalms were good for which purposes. It opens a window onto how medieval people understood one of the most important liturgical and devotional books of the Middle Ages, the Psalter. 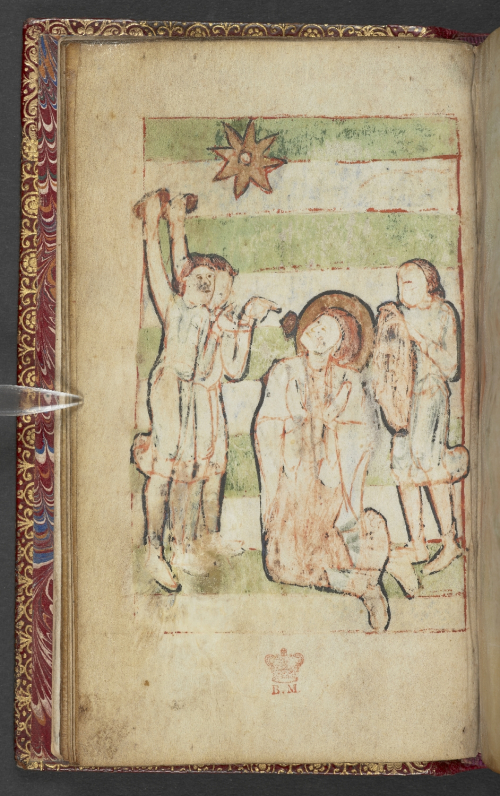 A damaged miniature of the Lapidation of St Stephen: Harley MS 2928, f. 13v

Harley MS 2928 was made in 12th-century Aquitaine (now in southern France). The main part of this book is a copy of the book of Psalms, with four now quite damaged miniatures, an exposition of Christian hymns, and a copy of part of the Gospel of John in the Old Occitan language. As was typical for Psalters in this period, a number of prayers and texts related to prayers have been included in the manuscript, including De laude psalmorum on ff. 192v-194r.

This text, which some scholars believe to be the work of Alcuin of York, was extremely popular in medieval Europe. The scholar Jonathan Black has identified 193 copies of De laude psalmorum, or of parts of it, from all over Europe and dating from the 9th to the 16th centuries, including five at the British Library (Add MS 37768, Royal MS 5 E IX, Add MS 36929, Cotton MS Tiberius C VI, and Royal MS 2 A XXII) (Jonathan Black, Mediaeval Studies (2002)). As this work was not an official part of church liturgy, but instead something to be undertaken because the reader him- or herself personally wanted to pray and praise God, its readers and copyists must have believed it to be particularly useful. 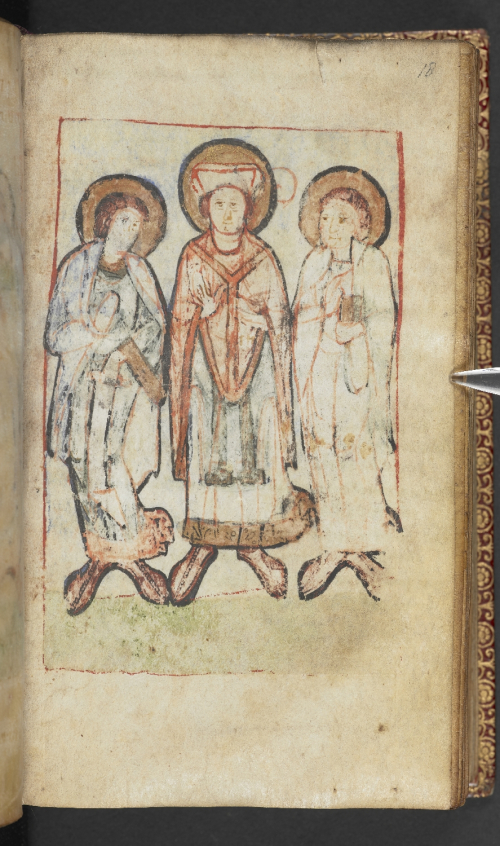 A damaged miniature of a three saints including an archbishop: Harley MS 2928, f. 18r

In its full version, which is found in Harley MS 2928, De laude psalmorum offers eight reasons why the reader might wish to say the Psalms, and a selection of Psalms which are good for those purposes. For example, if you are afflicted by trouble and spiritual temptation, you are told to sing Psalms 21, 63 and 68 . Other reasons for singing the Psalms include the desire to praise God, the confession of sins, and the feeling of having been abandoned by God. Throughout the text, a great deal of importance is placed on the reader's inner state of mind, and his or her own wish to pray: each of the eight sections begins with the words 'si vis' ('if you wish') or similar, and the reader is told to sing the Psalms 'intima mente' ('in your innermost mind') or 'compuncto corde' ('with a goaded heart').

Harley MS 2928 is not an especially high-status manuscript. Folio 193 is a little misshapen, and there is a hole in it, through which – completely coincidentally – we can see the word 'gratiam' ('grace'). 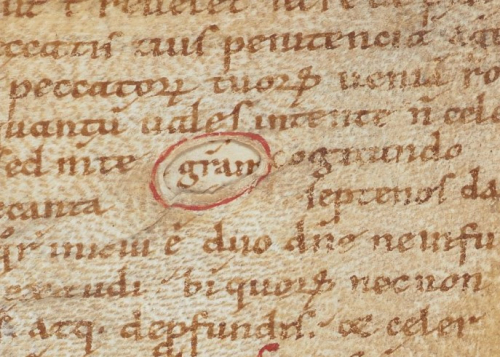 But Harley MS 2928 is not the only manuscript digitised for the Polonsky Foundation England and France project which contains part of De laude psalmorum. Cotton MS Titus D XXVI, half of an 11th-century manuscript known as Ælfwine's Prayerbook, includes a brief list, written in Old English, of devotions to perform first thing in the morning, including singing Psalm 66 (see Kate Thomas, Notes & Queries (2012)). The author of this text comments:

('No man can tell God so effectively, in his own language, of the hardship and oppression of the temptations which come to him, nor ask his mercy, as he can with these psalms and with other such').

This is closely adapted from the advice given in De laude psalmorum:

('You cannot in any way, in your own language, nor in human thought, so perfectly explain your suffering, and the trouble and constriction of various temptations, and ask his mercy as in these psalms and in others similar to them'). 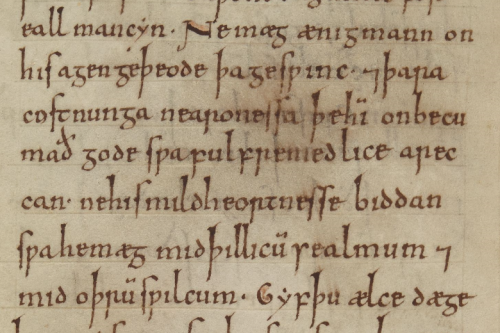 This quotation, short though it is, shows how a popular text could be copied by scribes in different places, and in different languages, across the centuries. One of the exciting things about the Polonsky Foundation England and France 700-1200 project has been the discovery of new copies of texts and of the common interests which bring manuscripts from England and France together.