What should you do if you read something remarkable, or come across a brilliant observation that you must remember? Take a photo and share it via the family WhatsApp group? Post it on Twitter and wait for the likes to roll in? Or perhaps it should go on Instagram, with a background of a sunset to set it off?

In the early modern era, contemporaries would either commit these gems to memory or store them in commonplace books. Add MS 32494 is one of these treasure troves of wisdom, once belonging to the scholar and poet Gabriel Harvey (1552/3–1631). If you’re grappling with the perennial question of what you should (and shouldn’t) be doing, Harvey is here to help. Here is some of his advice: 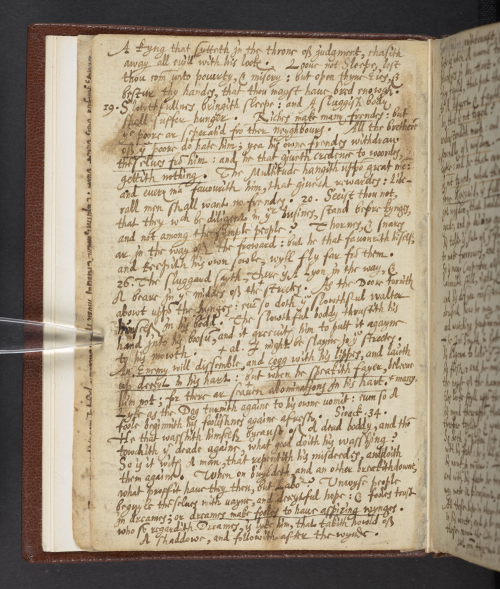 Don't be frustrated if you can’t remember last night’s really good dream. According to Harvey, ‘who so regardith Dreames, is lyke him, that takith howld of A shaddowe, and followith after the wynde’ (f. 11v).

It’s time to break the pattern. As Harvey put it, ‘he that wasshith himself bycause of A dead boddy, and then towchith the deade againe, what good doith his washing? So is it with A man that repentith his misdeeds, and doith them againe’ (f. 11v). 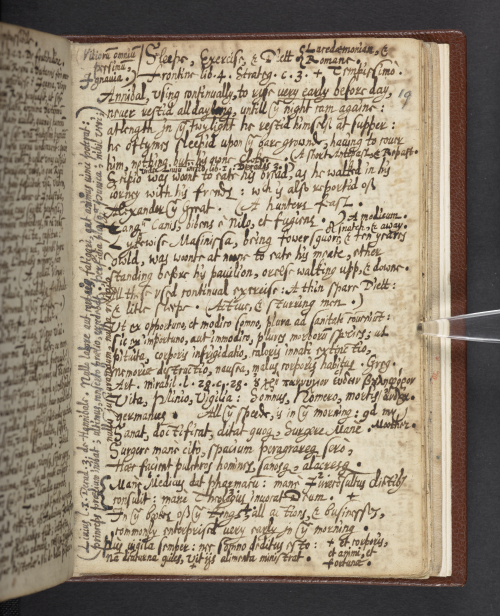 If you’re reading this in bed, it’s time to get up! Hannibal used to get up before daybreak and never rest until supper, before sleeping on the ground with only his cloak to cover him. Both Alexander the Great and Scipio used to eat whilst going about their business. And as Harvey’s mother used to say, ‘all the speede, is in the morning’ (f. 19r).

Another bad habit. Harvey was given to this vice, sternly reminding himself to ‘auoyde all writing, but necessary, which consumith unreasonable much tyme, before you ar aware: you haue alreddy plaguid yourselfe this way: Two Arts lernid, whilest two sheetes in writing’ (f. 16r).

If you haven’t got a copy of Seneca to hand, fortunately Harvey took some notes for you. To gain a woman’s affection, all you have to do is ‘to looue and to be loouely’. The lover who is the most devoted will enjoy the greatest success: ‘he rulith most in Venus Court, that servith his Lady best’. Don’t think that because your lady has ostensibly forgiven you that she isn’t seething inside. As Harvey noted, ‘a pleasante looke doth pacify the Loouer, thowgh his Ladyes Hart be neuer so angry’. Remember that romance is a mixture of work and win: ‘he that gatherith Roses, must be content to prick his fingars, and he that will win his Looues fauour, must abide her sharpist words awhile’ (f. 25v). Finally, before embarking on a new courtship, Harvey advised reflecting on how other people you know are doing (‘When thou goist awooing, marke how thy neighbours haue spedd before ye’, f. 25r). If they all seem to be trapped in unhappy relationships, will it be any different for you? 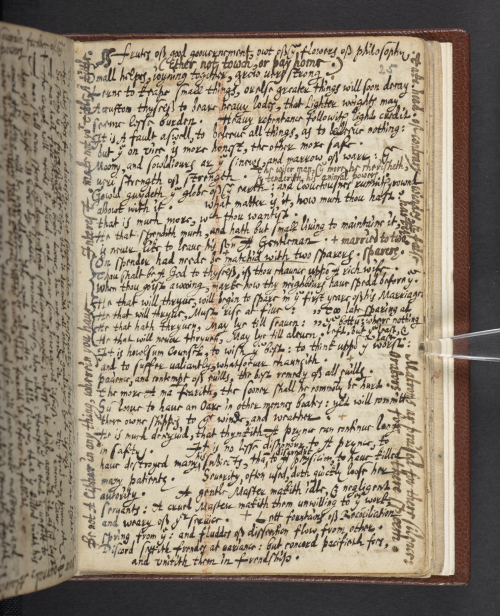 We hope Gabriel Harvey’s advice proves useful. Don’t forget, ‘it is better not to lyue, then not to know how to lyue, or not to lyue as you know’ (f. 23r).