One of the many gems of the British Library is the Harleian collection, founded by Robert Harley, Lord High Treasurer and 1st Earl of Oxford, and his son, Edward (1689–1741), 2nd Earl of Oxford. It's the largest intact 18th-century manuscript collection in the world, containing more than 7,000 manuscripts, 14,000 charters and 500 rolls. While we are re-cataloguing the manuscripts, we thought we'd take the opportunity to pay tribute to the collection's early Library-Keeper, Humfrey Wanley (1672–1726).

Wanley was appointed as Library-Keeper for the Harleian Library in 1705 after he successfully negotiated the acquisition for Robert Harley of the 660 manuscripts of the late antiquary Sir Simonds D’Ewes (1602–1650). Wanley — who had previously been employed as Assistant at the Bodleian Library, cataloguer of the library of Hans Sloane (his catalogue survives in Sloane MS 3972 B), and inspector of the library of Robert Cotton (1586–1631) — continued to expand the Harleian Library with thousands of manuscripts. 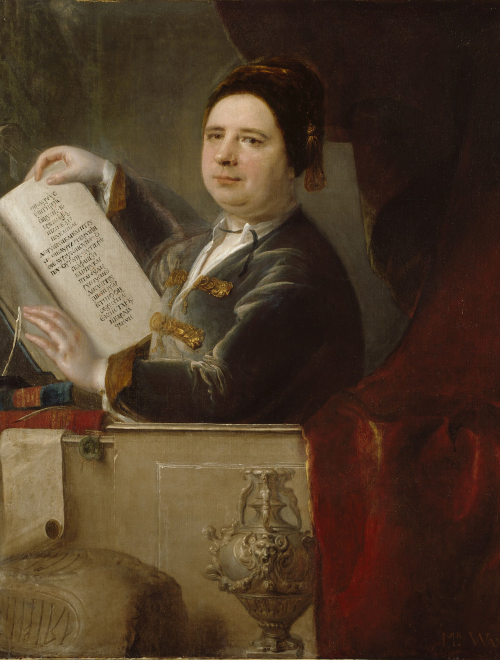 Thomas Hill, portrait of Humfrey Wanley in the Harleian Library holding his notebook open at his own facsimile copy of the 10th-century Greek Covel Gospels, and with the so-called Guthlac Roll of about the year 1200 on his desk (1711): courtesy of the Society of Antiquaries of London

Among Wanley’s most significant acquisitions for the Harleian Library are the more than 300 manuscripts of Edward Stillingfleet (d. 1699), late Bishop of Worcester; over 200 heraldic manuscripts from the Randle Holme arms-painters of Chester; and about 125 manuscripts of the clergyman Robert Burscough (1650/51–1709). Simultaneously, he used Continental agents to purchase manuscripts from Belgium, France, Germany, Italy, The Netherlands and monasteries in the Levant. He also sold his own collection of manuscripts to the Library. A 14th-century French Psalter in the Harleian collection (Harley MS 3978), for example, bears his ownership inscription: ‘Liber Humfredi Wanley’. 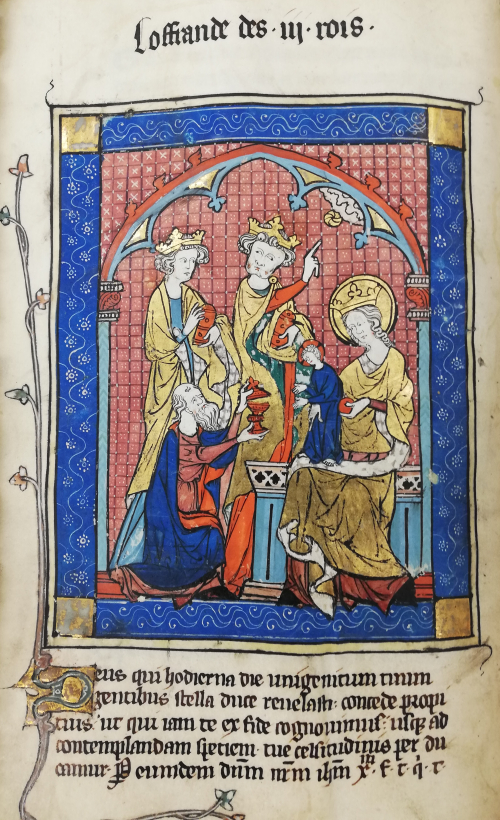 The Adoration of the Magi in a Psalter (above) and the ownership inscription of Humfrey Wanley (below), North-Eastern France, 2nd half of the 14th century: Harley MS 3978, f. 15v and f. 1*recto

The Harleian Library also acquired manuscripts composed and copied by Wanley himself. It features a parchment volume with facsimile copies of medieval charters (Harley MS 7505) that a young Wanley made around 1689–1691 from local archives in Warwickshire. These reveal his skills as both a palaeographer and calligrapher. 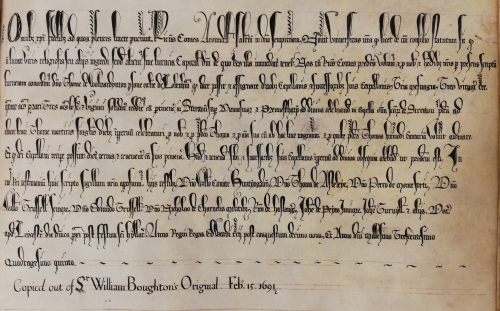 Wanley meticulously recorded his acquisition activities in his diary (Lansdowne MSS 1716-1718), but also kept a notebook (Lansdowne MS 677) with a ‘wish-list’ of manuscripts owned by other collectors he hoped to acquire for the Harleian Library (‘Things proper for the Library in the Hands of Particular Persons’). It includes both the Warwickshire charters and the manuscripts of Hans Sloane with which he had previously worked.

Humfrey Wanley offering a reward for returning his notebook to him: ‘Whoever brings this Book to Mr Humfrey Wanley at the Right Honourable the Earl of Oxford’s [Lord Harley’s House] in Dover-street, Westminster; shall receive one Guinea Reward’: Lansdowne MS 677, f. 1v

In acquiring manuscripts, Wanley showed a level of integrity that was unusual for his time. When a bookseller of a 9th-century manuscript containing the four Gospels written in gold ink (Harley MS 2797) insisted that Wanley should erase a 17th-century ownership inscription of the abbey of Sainte Geneviève in Paris because it was bought through a ‘private seller’, Wanley refused to do so, stating that ‘I do not love to putt a pen-knife upon an old Book in order to erase’ (The Diary of Humfrey Wanley (1996), vol. 2, pp. 359–60).

Wanley considered ownership inscriptions as one of the most important features that should be mentioned in manuscript catalogues. He gave much thought to manuscript cataloguing, since he considered it to be one of his principal tasks at the Harleian Library. In a letter he wrote following his inspection of the Cottonian library in 1703, he recommended that the textual and artistic contents of manuscripts be catalogued to a high level of detail:

‘That every Book & Tract be particularly described [...] whether it [be] written upon Parchment or Paper; whether the Language be English, Saxon, Latin, French etcaetera. Particular Notice also might be taken of such books as are remarkable for their Beauty, for being written Correctly, or in very Good or very Bad Hands; [or] remarkable for their Antiquity. And when the Age of the Book or Tract or Name of the Scribe that wrote it, of any Eminent Person that owned it; or old Library to which it did formerly belong does appear; it should be carefully noted, because by these Marks Posterity will be sure that these are the individual Books now described; and no Original or Antient Copie can be changed for a New one, but the Cheat may be discovered’ (Harley MS 7055, f. 19r).

Wanley first demonstrated his meticulousness in cataloguing Hans Sloane’s manuscripts and in producing a monumental catalogue of Old English manuscripts in 1705. Subsequently, he wrote catalogue entries for over 2,400 Harleian manuscripts in a ‘Catalogus Brevior’ (Additional MSS 45701–45707) — completed and published by the British Museum almost a hundred years later — and hundreds of records for a ‘Catalogus Maior’ (Additional MSS 45699–45700). In addition, he began a subject catalogue for the entire collection (Lansdowne MS 815), wrote an index to the Harleian charters (Add MS 45711), and a catalogue of heraldic manuscripts in the Harleian Library (Add MS 6052). 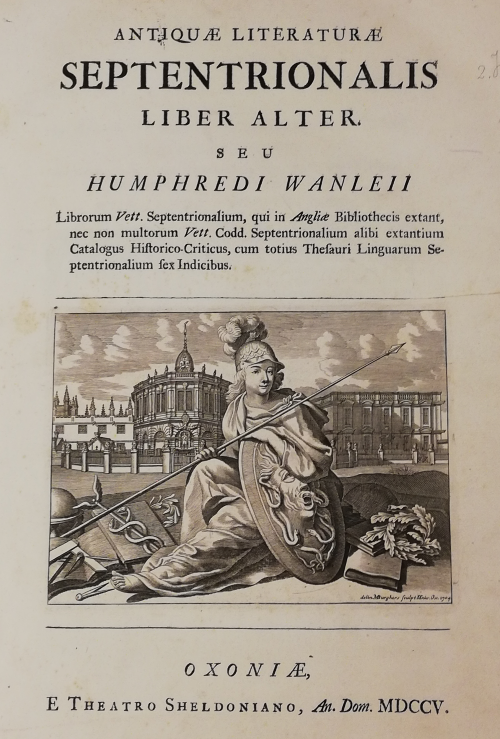 The frontispiece of Humfrey Wanley’s catalogue of Old English manuscripts, printed at Oxford at the Sheldonian Theatre in 1705

Wanley is an example to modern cataloguers. We certainly hope to follow in his footsteps as we re-catalogue the Harleian collection to modern standards and make records of the Harley manuscripts accessible in our online manuscripts catalogue.

You can read more about Humfrey Wanley here: