Map-making, according to the 16th-century cosmographer William Cunningham, is ‘a treasure worthy to be had in estimation’. In the early modern period, maps and atlases were central to the business of government, as cartographers and surveyors devised new ways of charting Britain’s land, as well as the rest of the globe. Twenty years after Cunningham emphasised the importance of mapping in his 1559 book The Cosmographical Glasse, the period’s cartographic innovations culminated in an ambitious English atlas, now held in the British Library.

By the 1560s, Queen Elizabeth I’s principal minister Sir William Cecil, later Lord Burghley, was on the lookout for a cartographer to make a detailed map of the country. A survey was proposed by the antiquarian Laurence Nowell, who produced a pocket map of England and Ireland (now Add MS 62540) as a specimen. Burghley decided against Nowell’s proposals, and the plan appears to have been shelved. However, it wasn’t long before a full-scale mapping project came to fruition. Christopher Saxton, a map-maker from Yorkshire, produced a complete atlas of England, under the patronage of Thomas Seckford, a lawyer and administrator.

Sir William Cecil’s manuscript copy is now Royal MS 18 D III, and contains printed and coloured maps from drawings by Saxton, dated between 1576 and 1577. The atlas contains information on distances, as well as relevant information for each county covered, including lists of local Justices of Peace and noblemen. As well as maps of the English counties, Burghley’s atlas also covers Wales and Scotland, and even contains a coloured map of the coasts of Norway, Lapland and North West Russia. 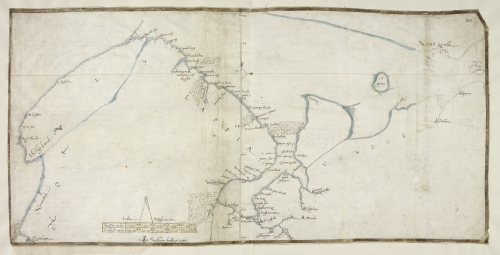 The volume also shows signs of Burghley’s extensive use. His historical and topographical notes begin in ‘Anno Mundi 2390, when Brutus came to Britain’, and pepper the margins and spare pages. Burghley’s maps are assembled in a different order to Saxton’s printed copies, indicating that the statesman rearranged the prints with his other maps and notes into an atlas for his personal examination. His jottings on the central fold of the map suggest that Burghley carried the volume for regular perusal. 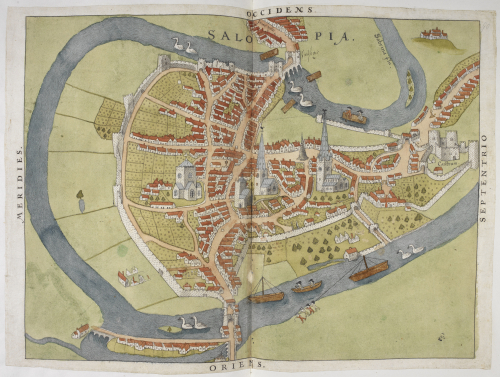 In his 1592 list of the duties of a Secretary of State, the administrator and diplomat Robert Beale observed that, ‘A Secretary must likewise have […] a book of the Maps of England, with a particular note of the division of the shires into Hundreds, Lathes, Wapenta[k]es, and what Nobleman, Gentleman, and others be residing in […] them’. Burghley’s cartographic commonplace book would have been essential for the statesman’s responses to foreign and domestic troubles, for military direction, and for decisions on law, trade and defence. Some of Burghley’s notes also show a more light-hearted use of the volume. On the map of Essex, the minister has recorded his opinions of different areas: ‘Heyghfeld fayre and fatt, Barndon park better than that, Coppledon beares a Crown, Copthall best of all’. 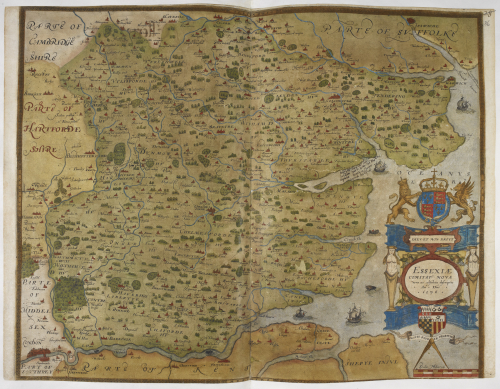 Although Saxton’s atlas was full of detailed information, and served as a valuable reference book for the royal minister, the fast-paced world of Elizabethan map-making meant that it was soon surpassed by a series of county topographies developed by John Norden. However, Royal MS 18 D III remained in use. As late as 1603, five years after the death of Burghley himself, new information was still being added to his manuscript, including a list of knights from the coronation of King James I. Fortunately, the atlas is now available for all cartographers and explorers to consult, and can be found on the British Library’s Digitised Manuscripts website.

Here is a selection of some of the other fabulous maps from the Burghley Atlas. A coloured manuscript map of the coasts of Devon and Dorset from Dartmouth to Weymouth: Royal MS 18 D III, f. 10r 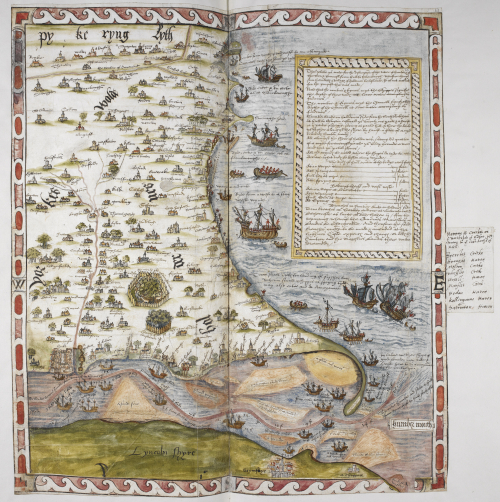 A coloured manuscript map of the Humber river, and the seacoast from Hull to Scarborough, with particulars of the tide, and a list of ‘Havens and Crickes’ on the North side of the Humber, pertaining to the Custom house of Hull: Royal MS 18 D III, f. 63r 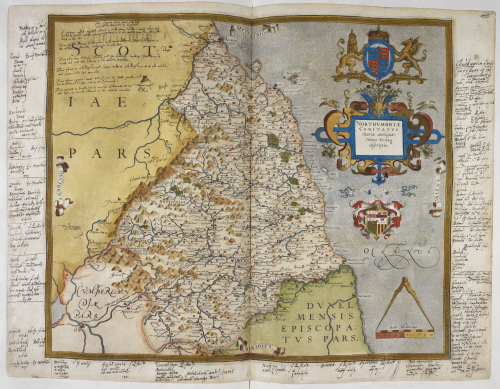 A coloured map of Northumberland, with marginal notes in Burghley’s hand, listing the names of the principal Lords and Lordships in the Middle March: Royal MS 18 D III, f. 72r 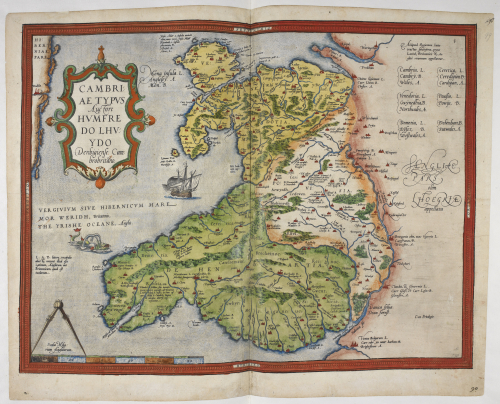