Following our blogpost on the Worms Bible earlier this month, today I focus on another remarkable German Romanesque Bible in the Library’s collection: the Arnstein Bible. Like the Worms Bible, it is enormous (540 x 355 mm), and now in two volumes. The first volume includes Genesis to Malachi, and the second Job to Revelation, with large illuminated and decorated initials at the beginning of the biblical books. The manuscript is fully digitised, and available to view online (Harley MS 2798 and Harley MS 2799). 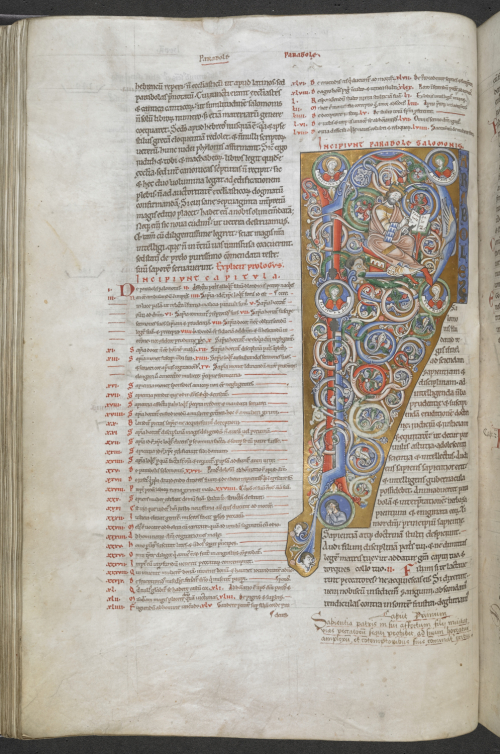 The Bible was made at the Premonstratensian abbey of St Mary and St Nicholas in Arnstein, on the Lahn river about 30 kilometres east of Coblenz, which was founded in 1139 by the last count of Arnstein, Ludwig III (d. 1185), who became a lay brother there.

In date, the Arnstein Bible was produced around twenty-five years after the Worms Bible. Originally, the manuscript included historical annals recording important events related to the Abbey (now Darmstadt, Hessische Landesbibliothek, MS 4128), that reveal an approximate date for it of 1172. We also know the name of the man who wrote it, identified in the entry for that year as a brother called Lunandus. 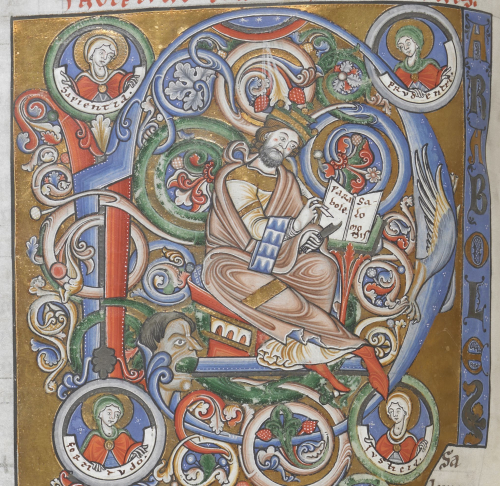 Lunandus had a formidable task to undertake in planning out the design and layout of this enormous book. The text is written out in 39 lines to a page, with generous margins. Most of the biblical books and introductory material are presented in two columns of 130 mm in width.

An indication that this Bible is a great monastic book is the inclusion of not one, but rather three translations of the book of Psalms, arranged in three parallel columns, each of 80 mm width. This allowed the reader to study the variant Psalm texts across the page (see this previous blog post for more on St Jerome’s (d. 420) three translations of the Psalms in this Bible). 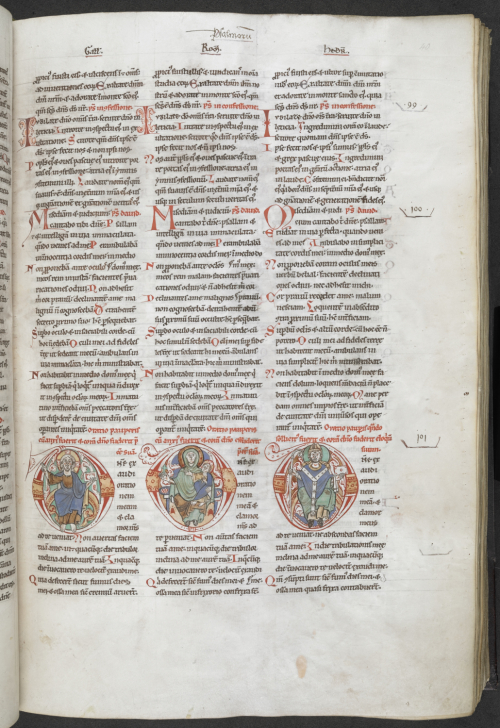 Three parallel Psalm translations, with decorated initials showing Christ making the sign of blessing, the Virgin and Child, and a bishop, at the beginning of Psalm 101, Harley MS 2799, f. 40r

For Lunandus, planning the layout for the transition from two to three columns and back again presented particular challenges. The three comparable versions of the Psalms proper finish about three-quarters of the way down the page (f. 57r). The next texts that had to be included only required one version; however the rest of the page was still ruled for three columns. Lunandus had to signal that the reader must switch from comparing the variant Psalm translations across the page to reading one column and then going to the next, sequentially.

He did this by identifying the following texts with a series of rubrics, or headings in red ink (the term rubric is derived from the Latin 'rubrica', the name of the red ochre pigment used to make the colour red). Lunandus presented the short so-called Psalm 151 in the first column and started the prologue to the next biblical book in the second and third columns. 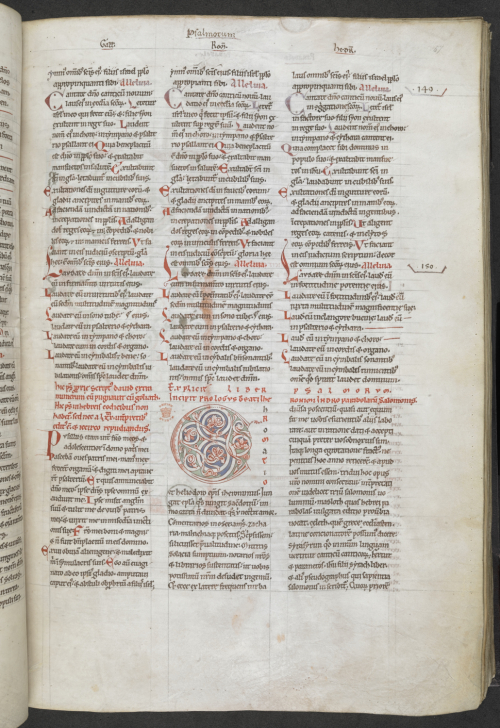 The end of Psalms and the beginning of the prologue to Proverbs, Harley MS 2799, f. 57r

The adjoining rubric, spread out over columns two and three, explains that the Psalms have ended, 'explicit libor psalmorum' (here ends the book of Psalms), and that the prologue to Proverbs is about to begin (incipit). The start of this prologue begins in the middle column. Here Lunandus left room for an enlarged initial letter on eight lines, the letter ‘C’ of the first word ‘Chromatio’, the name of the original addressee. The rest of the word is written in individual letters vertically to the right of the first letter. The initial itself is embellished with stylized acanthus leaf decoration punctuated with characteristically Germanic gold bands ornamented by small round dots that are cinched around the foliate form. 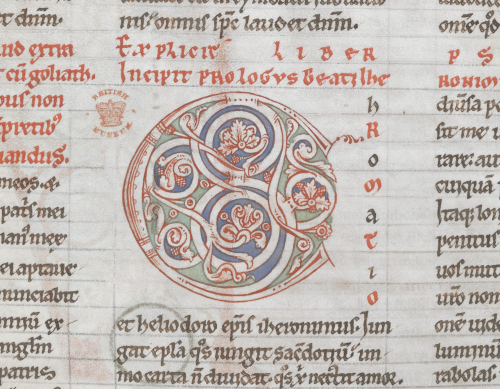 The decorated initial at the beginning of the prologue to Proverbs, Harley MS 2799, f. 57r (detail)

Scot McKendrick and Kathleen Doyle, The Art of the Bible: Illuminated Manuscripts from the Medieval World (London: Thames & Hudson and the British Library, 2016), no. 23.