Exultet rolls: celebrating the return of the light

The medieval churches of Southern Italy maintained a very special Easter tradition. They celebrated the Easter Vigil of Holy Saturday from a scroll made to be used once a year for this specific ritual. Known as Exultet rolls, these manuscripts combine words, music and pictures to create an enthralling multimedia experience centred on the joyful theme of light returning to the world.

The British Library's Exultet roll (Add MS 30337) was made at the Benedictine abbey of Monte Cassino around 1075-1080. This ancient abbey was founded by St Benedict, father of the Benedictine order, in around 529. The use of Exultet rolls was a tradition that went back to the early Beneventan practices of the area, while the style of the paintings in Add MS 30337 was influenced by near-contemporary Byzantine works. 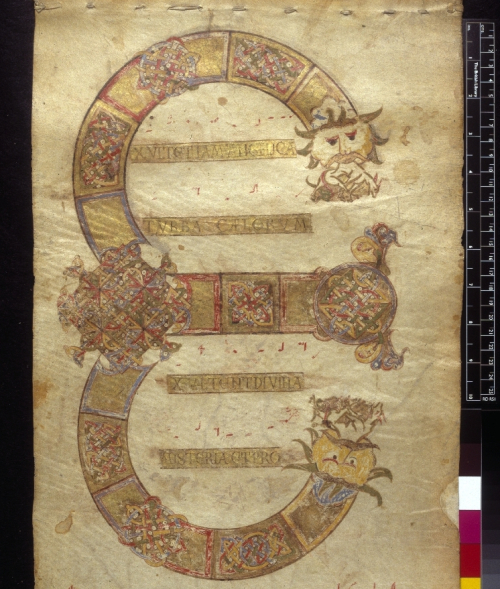 Exultet rolls were made for performance. They were designed to be read by a deacon standing in the church's ambo (a raised platform used for readings). As he was reading, he would turn the top of the roll over so that it draped in front of the ambo, displaying the images to the congregation. For this reason, the pictures are generally arranged upside-down in relation to the text so they would appear the right way up to the viewers. The people would look up and see the beautiful images unfurling before their eyes like a moving picture show.

The use of the Exultet roll is illustrated in the roll itself: 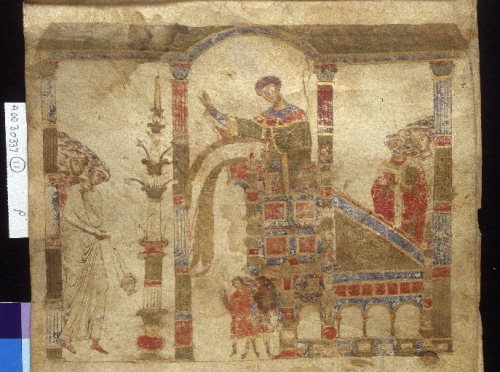 Image of a deacon reading the Exultet roll in church, with the top of the roll draped over the ambo, beside the Paschal candle: Monte Cassino Exultet Roll, Add MS 30337, membrane 11

The Exultet is a lyrical prayer, named after its opening words 'Exultet iam angelica turba caelorum' (Rejoice now, angelic choir of the heavens), which is chanted during the ceremonial lighting of the Paschal candle during the Easter Vigil. The Exultet roll provides the text for the ritual along with neumes, a type of medieval musical notation, which guide the melody. 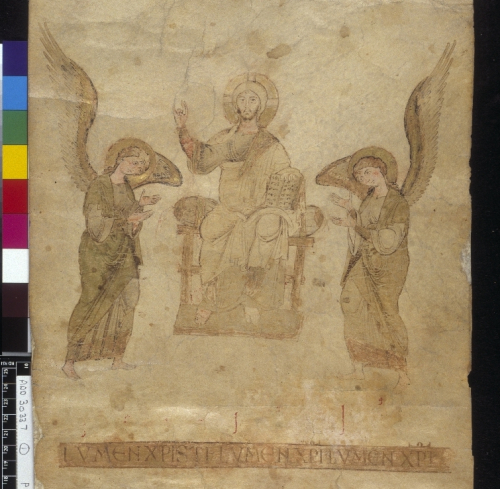 The text celebrates the renewal of life at springtime, illustrated by a personification of Mother Earth (Tellus Mater). She is depicted in the illumination as a naked woman with her arms outspread in a loving gesture, surrounded by plants and nurturing a cow and a serpent at her breasts. Based on classical imagery, this represents the natural abundance and goodness of Earth. 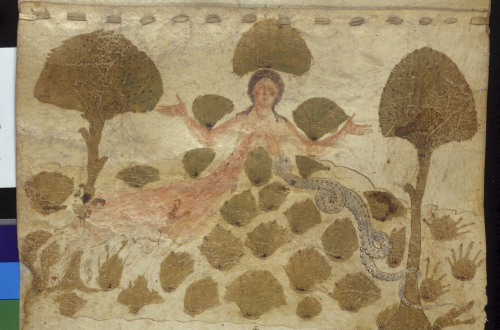 Following Mother Earth is an image of Mother Church (Mater Ecclesia), where the juxtaposition of the two allegorical mothers suggests worldly and spiritual nurture. As the text announces, Mother Church is celebrating and adorned with brightness. She is shown richly dressed like an empress, holding up a church and surrounded by the faithful. 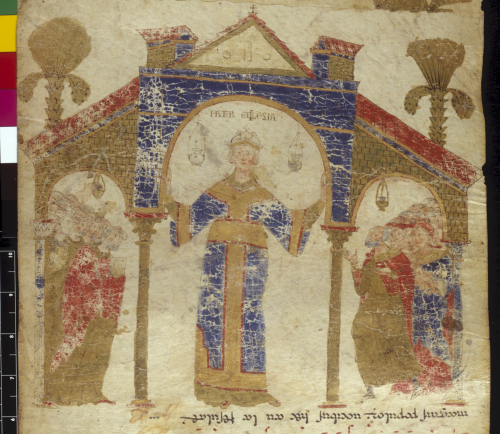 The text goes on to recall all the events that make the eve of Easter so gloriously bright, declaring: 'This is the night which purged the shadows of sin with a column of light' (Hec igitur nox est que peccatorum tenebras columne illuminatione purgauit).

As it explains, on the Paschal feast, God delivered the Israelites from captivity in Egypt through the parting the Red Sea. On the eve of Easter, Christ descended to the underworld and redeemed the righteous through the Harrowing of Hell, cancelling the sin of Adam and Eve. On this night, Christ's Resurrection took place. Each of these events is illustrated in the roll. 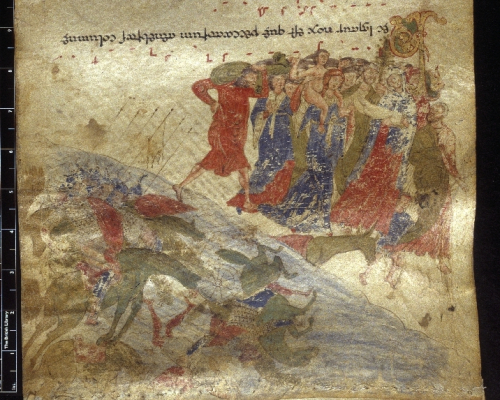 After this, the deacon asks God to accept the offering of the Paschal candle, then gives lengthy praise to the bees who produced its wax. The text announces that 'the bee surpasses all the other living things that are subject to man' (Apis ceteris que subiecta sunt homini animantibus antecellit).

Drawing on the Georgics of Virgil, the text describes how the bee emerges in the springtime and immediately gets to work, gathering flowers, building a hive, making honey, forming wax and caring for the young. In this way, the bees are a fitting symbol of Spring and of the community working together for the common good. 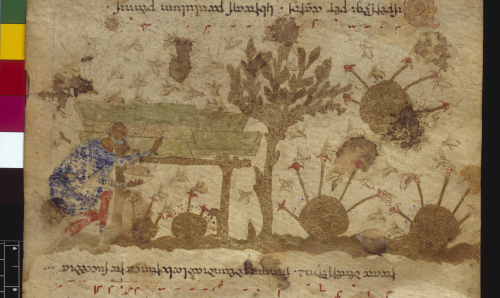 Bees are also praised for their chastity, which the text links to the Virgin Mary whose chaste motherhood made the events of Easter possible. 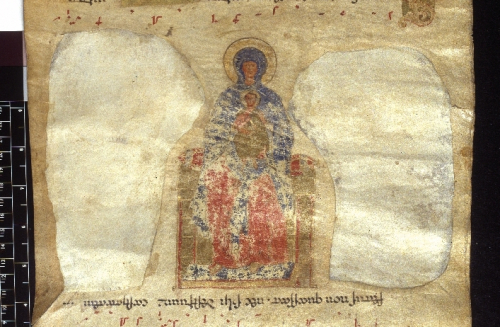 Virgin and Child, with two figures (probably angels) cut out from either side: Monte Cassino Exultet Roll, Add MS 30337, membrane 11

The Exultet ends with a prayer for the end of the dark night and for the rise of the morning star that will never set. It asks God to grant peace and joy to the clergy, the pope, the bishop, all the congregation and the emperor.

In the church, we can imagine the deacon coming to the end of the prayer with the light of the newly lit Paschal candle glinting on the gold of the Exultet roll. The bright images descending from the ambo brought the themes of the text to life. For the people gathered in the church and sharing the experience, the roll reinforced the joyful messages of hope, renewal and brightness of the Easter celebration.

Happy Easter to all from BL Medieval!