The legend of Alexander in late Antique and medieval literary culture: PhD studentship at the British Library

The British Library is collaborating with Durham University to offer a fully-funded full-time or part-time PhD studentship via the AHRC Collaborative Doctoral Partnership scheme. The student’s research will focus on the legend of Alexander the Great, and the successful applicant will be supervised by Dr Venetia Bridges (Durham) and Dr Peter Toth (British Library).

Alexander the Great on Fortune’s Wheel, in a French chronicle of the ancient world (France, 3rd quarter of the 15th century): Harley MS 4376, f. 271r (detail)

Alexander the Great is one of the most fascinating figures of the ancient world. He conquered the world from Greece to India in less than 10 years. Although he died in 323 BC when he was only 33, Alexander's legacy continues to influence European, Middle Eastern and Asian cultures. 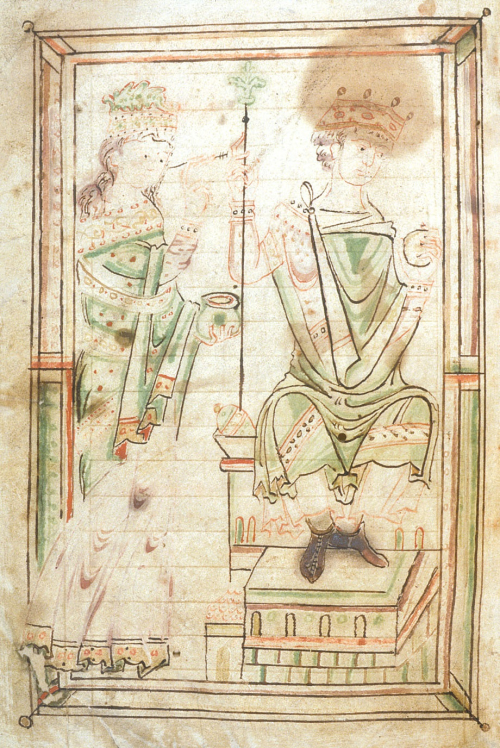 Alexander the Great, anointed by the personification of Philosophy, in a Latin version of the Alexander Romance (England, last quarter of the 11th century): Royal MS 13 A I, f. 1v

In the last two millennia, Alexander the Great has been represented as a magician, a scientist, a statesman, a philosopher and as one of the greatest explorers of humankind. The British Library’s collection of materials relating to the legend of Alexander provides an exceptional opportunity for PhD research into his immense impact on European literary culture from a transnational and multilingual perspective. As a student at Durham but working on the British Library’s collections, the successful applicant will have a unique opportunity to study the fascinating Alexander legends in their primary sources. This studentship will coincide with an exhibition about the legends of Alexander to be held at the British Library in late 2022.

Legends of Alexander’s life and conquests were combined into a narrative, known as the Alexander Romance, soon after his death. This compilation quickly became a ‘best-seller’, with translations in almost every language of the medieval Mediterranean, including Latin, Armenian, Syriac, Ethiopic, Arabic, Persian, English, French and German. Moreover, many of these texts are lavishly decorated with fascinating combinations of ancient and medieval imagery.

Applicants are invited to propose a multilingual and comparative project on Alexander’s reception from Late Antiquity to the close of the Middle Ages in European contexts, with a particular focus on the Alexander Romance. The proposal should focus on texts in more than one language, and include manuscripts in the Library’s collections. Possible topics include, but are not limited to, the following:

The successful applicant will have multilingual interests in medieval and/or late Antique literature and culture with reading fluency in at least two European languages. Applicants should have received a first or high upper-second class honours degree and a master’s either achieved or completed by the time of taking up the doctoral study, both in a relevant discipline. Applicants must satisfy the standard UKRI eligibility criteria.

For the academic year 2020-21 the student stipend will be £16,885, consisting of £15,285 basic stipend, a maintenance payment of £600 and an additional allowance of £1,000. The British Library will also provide a research allowance to the student for agreed research-related costs of up to £1,000 a year.

The studentship is fully funded for 3 years and 9 months full-time or part-time equivalent, with the potential to be extended by a further 3 months to provide additional professional development opportunities.

For full details and how to apply, please visit https://www.dur.ac.uk/english.studies/postgrad/support/

The deadline for applications, including references, is 5pm on 29 May 2020.