Remembering the Field of Cloth of Gold

Five hundred years ago, on 7 June 1520, in a field in northern France, two monarchs rode to meet each other, doffed their caps, dismounted, and embraced as brothers: they were François I of France (1515–1547) and Henry VIII of England (1509–1547). The two kings met south of the village of Andres, roughly halfway between the French castle at Ardres (Cotton MS Augustus I II 74) and the English castle at Guînes (Cotton MS Augustus I II 12), watched and cheered by their assembled courts. The site had been chosen because it lay on the southern border of the Calais Pale, a territory held since 1347 by the kings of England as part of their claim to the kingdom of France. 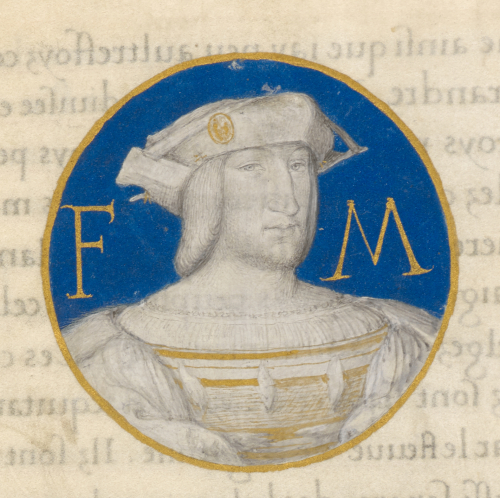 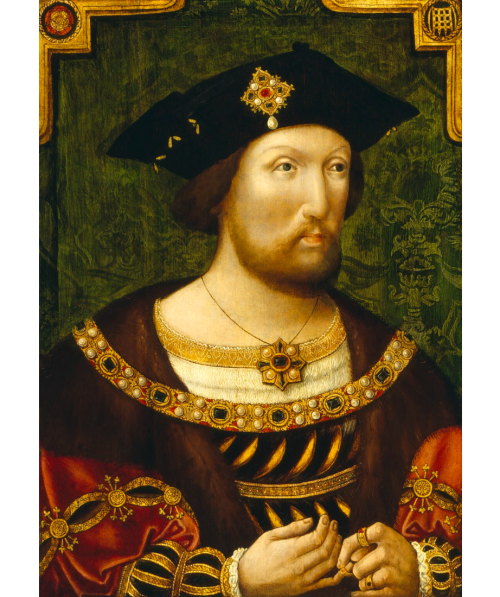 Cardinal Thomas Wolsey was the driving force behind the meeting between François and Henry, motivated in part by his own personal ambition and a genuine desire to promote peace, but also by the need to create the means whereby his master, Henry, could achieve comparable status to his wealthier and more powerful brother monarchs. To that end, Wolsey had negotiated the 1518 Treaty of London, binding Pope Leo X, Holy Roman Emperor Maximilian I and his grandson, the king of Spain, as well as François, Henry, and more than a dozen other princes and states, to a non-aggression pact. This ‘universal peace’, first proposed by Leo, only for Wolsey to appropriate the idea, made Henry the arbiter of Christendom. But it served the further purpose of reining in François, who had invaded Italy and conquered the duchy of Milan within months of becoming king.

Plan of the French castle at Ardres by Giovanni Rossetti, c. 1543: Cotton MS Augustus I II 74

When Maximilian died in 1519, his grandson succeeded him as Holy Roman Emperor Charles V, ruling over Austria, Spain (and its New World empire), the Netherlands, and Naples, making him the most powerful man in Europe. His only real rivals were François and the Ottoman sultan, Suleiman the Magnificent. It was in order to forge a powerful place for Henry, under changing geopolitical circumstances, that Wolsey invited Charles to England for talks in late May 1520 before Henry’s departure to meet François. Henry had two options for influencing Charles and François: make magnificent war or make magnificent peace, always with the purpose of playing one off in his favour against the other. 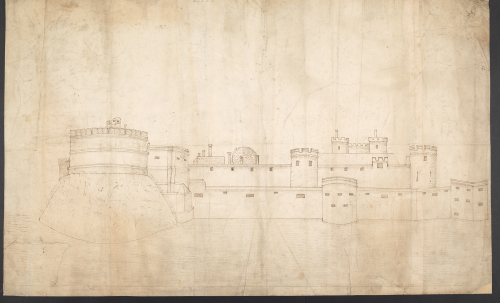 View of the English castle at Guînes, 2nd quarter of the 16th century: Cotton MS Augustus I II 12

On 31 May 1520, Henry and Queen Katherine of Aragon embarked for France, accompanied by 6,000 of their subjects and all the rich splendour of the court. The meeting with François was to take the form of a tournament, to inaugurate the peace between England and France. Traditional enemies, the two kingdoms had been at war as recently as 1514. Mistrust and hostility persisted. The French were ‘dogs and knaves’, viewed as cowardly and duplicitous; they, in turn, regarded the English as backward and brutish (Correspondance politique de MM. de Castillon et de Marillac, ed. J. Kaulek (Paris, 1885), no. 247).  Yet Henry spoke French well, and French culture had a profound influence on his court and its tastes. Before his meeting with François, for example, the clean-shaven Henry grew a beard in imitation of the French king, giving him the appearance by which we know him today. François was equally cultured. Both men were tall, strong and athletic. Both loved the noble pastimes of hunting and jousting. At François’s request, Henry had his armour adapted to the latest French fashion prior to the tournament. 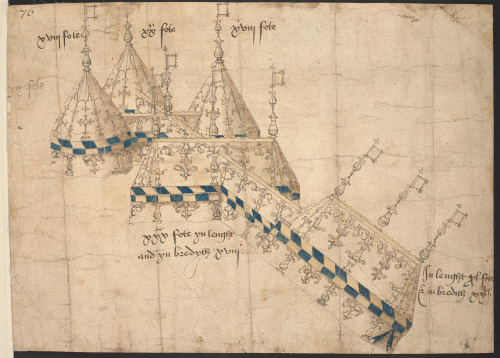 A pavilion in the green and white livery colours of the Tudors: Cotton MS Augustus I II 76

After that initial meeting on 7 June 1520, François and Henry demonstrated their princely power and prestige in a daily round of tournaments, entertainments and banquets lasting more than two weeks. Massive temporary palaces were erected to house both the kings and their courts. Some original designs for Henry’s tents survive. One shows a pavilion in the green and white livery colours of the Tudors (Cotton MS Augustus I II 76). The two larger central tents depicted here are linked by galleries. All are decorated with candelabra, arabesque and foliage motifs, showing the influence of the Italian renaissance on the English court (as mediated through France and the Netherlands). So costly and sumptuous were the tents, the tapestries and the hangings decorating and subdividing them, and the clothes worn by the monarchs and their courts, that they lent the meeting its name: the Field of Cloth of Gold or Camp du Drap d’Or. Cloth of gold was fabric woven with silk and gold thread fit for a king. 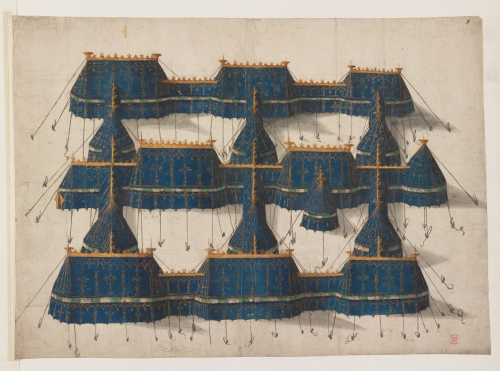 Other designs for Henry VIII's tents at the Field of Cloth of Gold are found in Cotton MS Augustus III/1, ff. 11r, 18r, 19r

The universal peace that the Field of Cloth of Gold had celebrated proved short-lived, and England and France were once more at war in 1522. Yet Henry’s relationship with François remained complex, an unstable combination of admiration, emulation and enmity, of peace punctuated by war.