“Collect the fragments – they should not perish!”

The old saying calling for careful preservation of fragments originally comes from the Bible and refers to the collection of the breadcrumbs remaining after the miraculous multiplication of loaves (John 6:12). Renaissance scholars reinterpreted it as a call to search for and rescue remnants of the past, especially of classical literature and scholarship. The saying could equally apply to fragments of ancient manuscripts which, carefully collected and preserved, are still providing new discoveries.

Written heritage can become fragmented for multiple reasons. Sometimes disasters such as fire and wars devastated collections of books. A well-known and sad case is the 1731 fire in Ashburnham House, near Westminster school, where Robert Cotton’s extraordinary collection of manuscripts was held. Although the efforts of librarians and many others saved a large number of manuscripts from the fire, there are some sorrowful and often-lamented losses. The remarkable 5th-century illuminated copy of the Book of Genesis, for example, which was still complete in Robert Cotton’s time, came out of the fire in a handful of charred fragments. 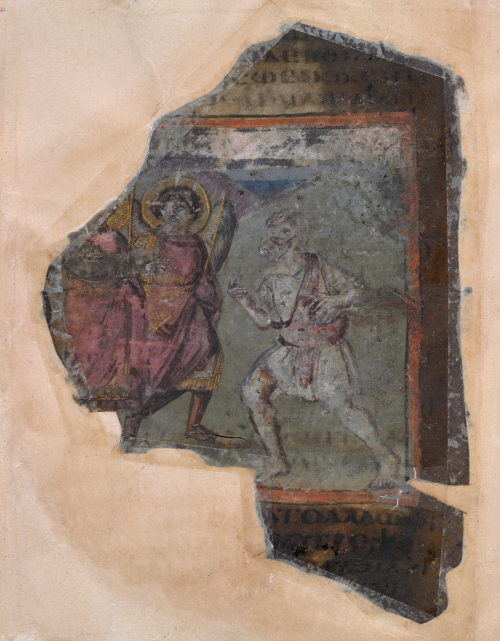 Abraham receiving three angels, fragment of an illuminated copy of the Greek text of the Book of Genesis, known as the Cotton Genesis, Egypt, 5th/6th century: Cotton MS Otho B VI, f. 26v

Apart from such disasters, the most common reasons for the fragmentation of books were age and obsolescence. As decades and centuries passed, books fell out of use. There were new copies of the same text, easier to read and handier to use. Previous copies, often worn, damaged or even unbound, were left on library shelves to disintegrate further.

In exceptional cases librarians did recognise the inherent value in ancient manuscripts and saved and treasured them in various ways. A fragment of a 6th-century copy of Pope Gregory the Great’s homilies on papyrus was found and framed in a beautifully illuminated parchment sheet in the 15th century. 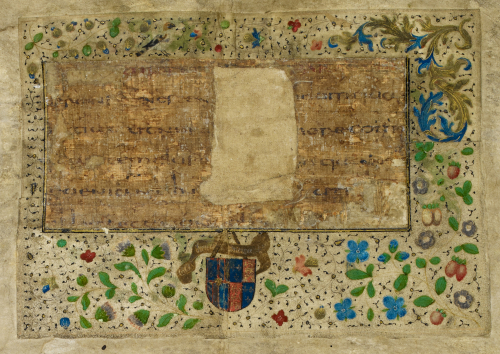 Similarly, it was probably a librarian in a monastery on Mount Athos who found these astonishing fragments of a 6th-century Greek gospel-book illuminated with gold. In order to rescue the treasure, he bound them in a later manuscript, which resulted in trimming the originally much larger sheets to the size of the volume. Nevertheless, his actions preserved three remarkable survivals of early Byzantine book illumination. 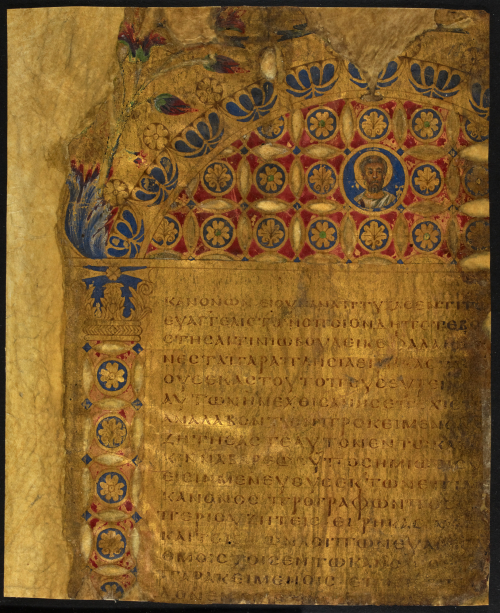 "The Golden Canon Tables", a fragment of a luxury gospel-book in Greek, trimmed and bound in a 12th-century volume, Constantinople, 6th century: Add MS 5111/1, f. 1r

The majority of the forgotten volumes, however, were not this lucky: their sheets were usually reused either for flyleaves or binding supports in later volumes.

Studying and collecting such fragments from manuscript and printed volumes started as early as the 17th century. Flyleaves and pastedowns were often removed from books, mounted on paper sheets and bound together in large volumes to serve as palaeographical specimens to illustrate script and writing in various times and traditions. We have blogged about one of the most famous and prolific producers of such collections, John Bagford (1650-1715) previously. 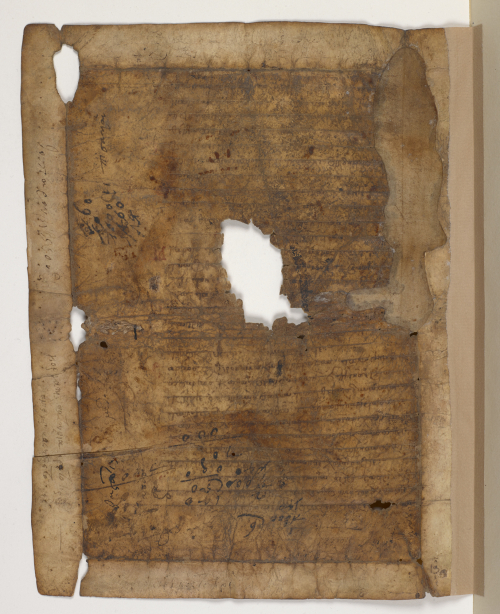 Cataloguing such collections is a fascinating challenge. One can easily come up with no result and unable to identify the fragmented pieces, but sometimes an unexpected find emerges from the fragmentary sheets. Add MS 70516 was such an endeavour. The volume, which may have been part of the personal collection of the learned librarian of the Harley Collection, Humphrey Wanley (1672-1726), contains 90 fragments in various languages and scripts. The earliest are probably the two thin Greek fragments, foliated as folios 84-85 today, whose characteristic script can be dated to the early 9th century. 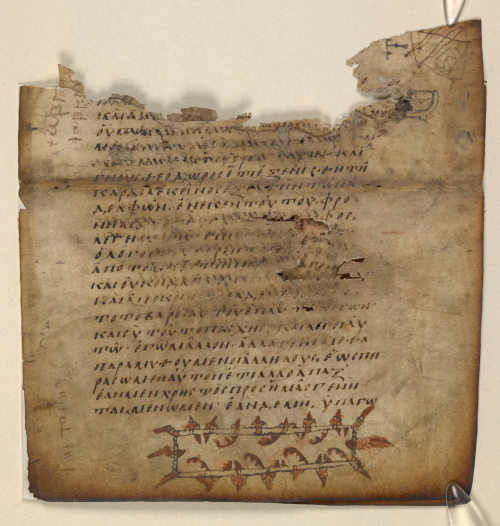 The fragments are from the lower part of a double-sheet (bifolium) from a lost-9th century manuscript. As shown by their folding marks, they were reused as binding support in an unknown volume. The sheets were previously described as containing remnants of a Greek monastic text. Further research has now confirmed this hypothesis and identified the text as the life of the 4th-century founder of monastic communities, St Pachomius of Egypt. 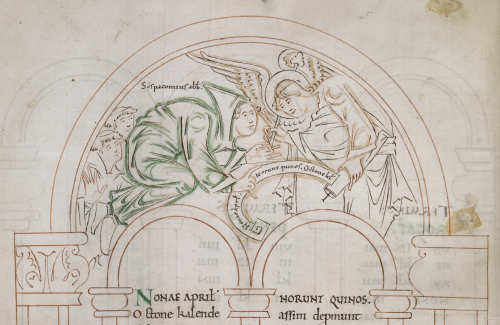 St Pachomius receiving the monastic rule from an angel in the The Eadui Psalter, Canterbury, 1st half of the 11th century-mid 12th century: Arundel MS 155, f. 9v (detail)

Despite his significance as the inventor of monasteries around 323 in Upper Egypt, exact details of the life of St Pachomius are unclear. One of the most important sources, the earliest version of his Greek biography, a text written in rather clumsy and unpolished Greek, came down to us in one single copy, a truncated 11th-century Greek manuscript now in Florence. 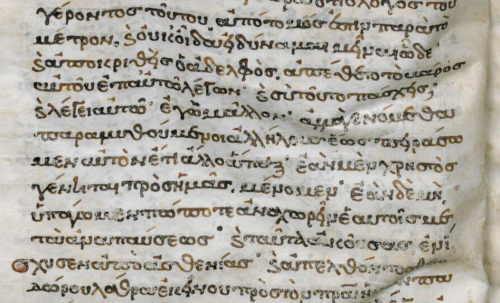 Closer inspection has confirmed that the 9th-century fragments contain portions of this particular text – the earliest version of the Greek Life of St Pachomius, hitherto known from only one much later manuscript. What this new find means for the history of the text and how it complements the information about the earliest abbot still awaits exploration, but the identification of the two sheets neatly confirms the old axiom that such “fragments should be collected and not be allowed to perish”.