Before photo IDs were invented

Identifying people correctly has always been a challenge. Even in ancient times, there were different ways to ensure that a person acting in a legal case, such as a sale, lease, adoption or inheritance, was who they claimed to be.

The most obvious identification is to record the individual's name, but this was not as straightforward as one may think. To avoid confusion of people with the same names, people in ancient Greece had their personal name appended with that of their father. On this 2500-year-old pottery sherd, which an Athenian citizen used to vote for Pericles to be exiled from the city, he identified the right Pericles by putting down his name accompanied by Xanthippos, the name of his father. This practice of recording the person and their father’s name is reflected even in English personal names. If someone is called George Harrison, that would have been read as George who is Harry’s son. 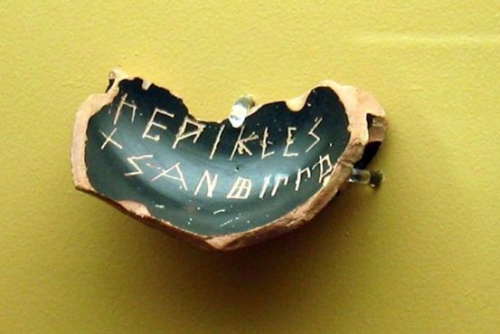 Piece of a pottery dish inscribed with the name of Pericles ('Pericles son of Xanthippus') submitted in a vote to exile him from Athens (Athens, mid-5th century BC): Athens, Agora Museum P 16755 (image courtesy Wikimedia Commons)

In Egypt, the system was the same but it was often the master whose name was listed after a personal name. This double identification was not always satisfactory. In a simple declaration of camels from AD 146, the declarant accurately identified himself with his own name and that of his father and grandfather: 'I Stotoetis, son of Stotoetis, grandson of Stotoetis'. All three generations had the same name. 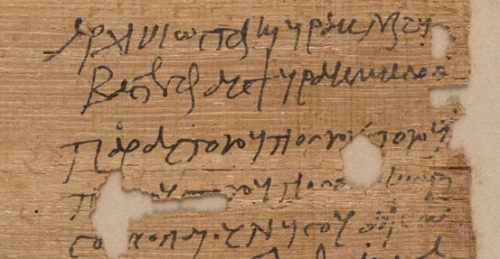 The situation was even more complicated if the different parties to the transaction had the same name. In a lease from AD 94, in which Hereius leased a large property to two tenants, these leasees were called Stotoetis of Apynchis and Stotoetis son of Stotoetis. In a sales contract from AD 166, we find women acting together with their families, whose names were all listed. To the probable horror of the clerk, all were called Stotoetis: 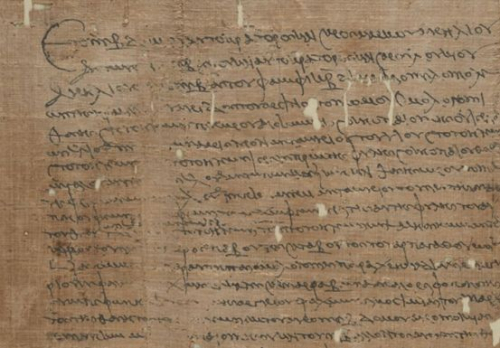 The beginning of a sales contract with a list of the parties involved (Neilopolis (Tell el-Rusas), meris of Herakleides, Arsinoite nome, Egypt, AD 166): Papyrus 334 (detail)

Keeping order in such a jungle of names would be easier today. The parties might be asked to provide their passport or photo ID, for instance, each with a unique number allocated to it, making it simpler to identify everyone. In the absence of such an option, ancient clerks reverted to another solution: they gave an accurate description of what the parties actually looked like.

Large fragment from a papyrus sheet, containing a contract of a land sale (Krokodilopolis, Egypt, 107 BC): Papyrus 657 (detail) 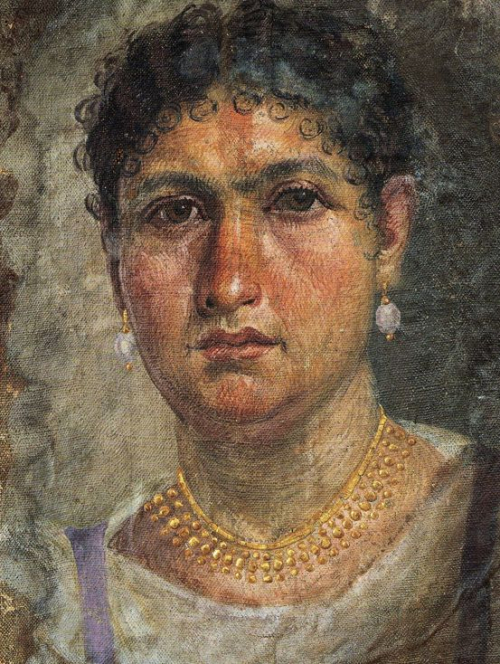 An even earlier document from 242 BC preserves the will of a man described meticulously for identification: 'He was 65 years old, of middle height, square built, dim-sighted, with a scar on the left part of the temple and on the right side of the jaw and also below the cheek and above the upper lip.' 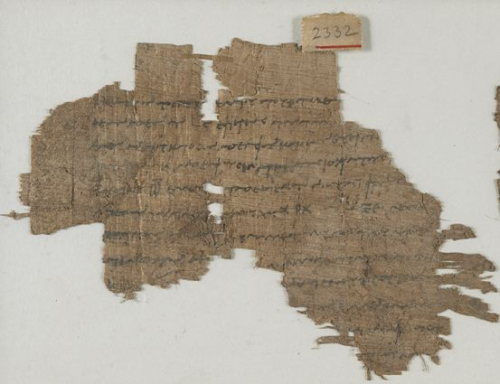 Fragment from a papyrus sheet preserving the testament of a man (Philadelphia, Egypt, 242 BC): Papyrus 2332 (detail)

This elderly man, in the latter stages  of his life, but strong in stature, may have been not unlike this portrait from another coffin in the Faiyum. 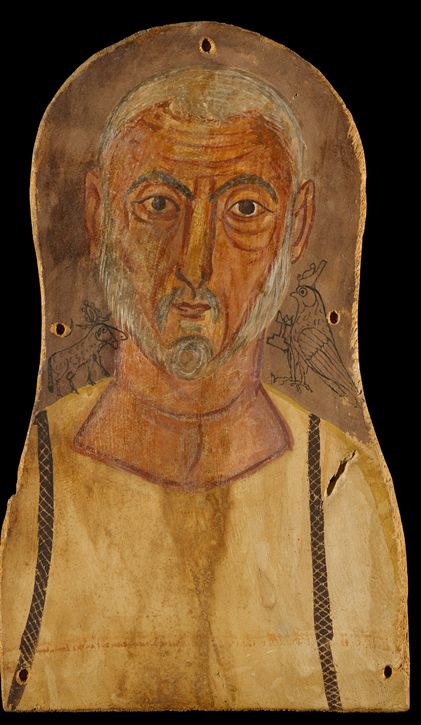 Reading these ancient descriptive IDs, one may suppose they were made up on the spot by the clerks themselves. But this may not always have been the case. In another papyrus from more than 2280 years ago, we read about the appointment of new stone-cutters for a project. Before they started their new jobs, the workers were presented to a committee, in order to take down their descriptions.

The document does not say more about these descriptions and how they were recorded and preserved, but we assume that they could have been used in legal transactions. The accurate descriptions of the parties in various documents, recording distinctive marks and features of the individuals involved, may reflect some kind of archived identification of these people. Whatever the truth, these ancient IDs have preserved unique shots of everyday women, men and children, comparable to the famous Faiyum Portraits.