All about ancient camels

Camels are an iconic part of the Egyptian landscape. Called the ships of the desert for their endurance and ability to cope with the heat and lack of water, they are still used for transportation and as a tourist attraction in the shadows of the pyramids. 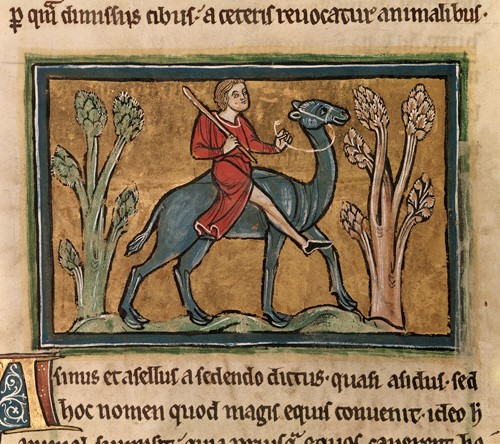 But has this always been the case? Despite their archaeologically documented presence in North Africa for thousands of years, camels are hardly ever named in Egyptian documents of the Pharaonic period. They are first mentioned as animals used to transport goods and people in much later Greek documents.

One of the first sources to mention how camels were used is a papyrus in the British Library's collection, dating from around 2,280 years ago. This fragmentary piece comes from a Greek account-book, recording the costs of a private businessman who was renting out his camels. Although the papyrus is damaged, it shows that this man may have had at least 60 camels in his possession, and that he regularly rented them to local farmers, whose names are recorded in the document. Two of them, Onnophris and Eudemos, may have been regular customers as their names were recorded on consecutive days, hiring 5, 6 or as many as 10–12 camels at a time. 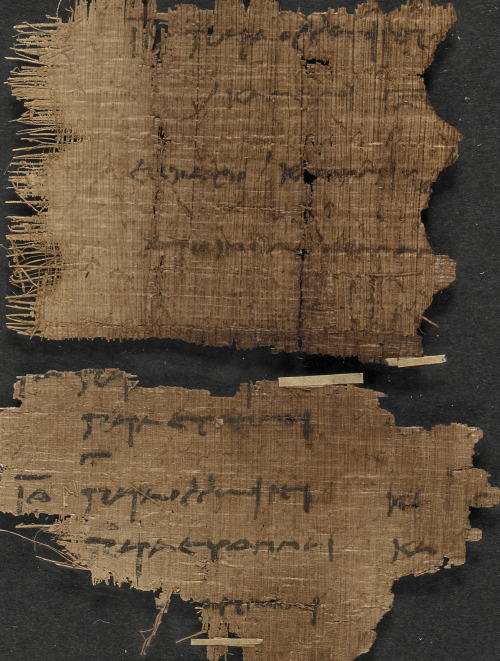 Fragments from the account-book of a camel agent (Egypt, Philadelphia, meris of Herakleides, 263–229BC): Papyrus 2692 (detail)

Unfortunately, the text does not record what these people used the camels for, but it is interesting to note that these early documents tend to mention the existence of camel agents renting out the animals, rather than camels owned by individuals. Could this be a sign that they were too expensive to own and cheaper to rent? 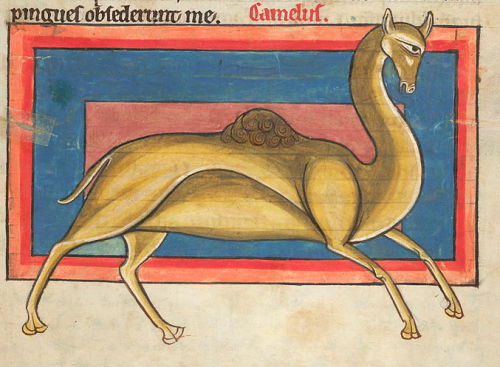 Whatever the truth, this situation seems to have changed significantly within a couple of centuries. From the first and second centuries AD — about 1,800–1,900 years ago — there are far more papyri mentioning camels. Moreover, there is a shift in the way they were kept and used.

Apart from agents having more camels for rent, we find individuals keeping one or two of them for their own use. In a report to the local police from AD 175, the priests of a temple complained that out of their four camels, a nice white female had been stolen, and they asked the authorities to help them get it back. 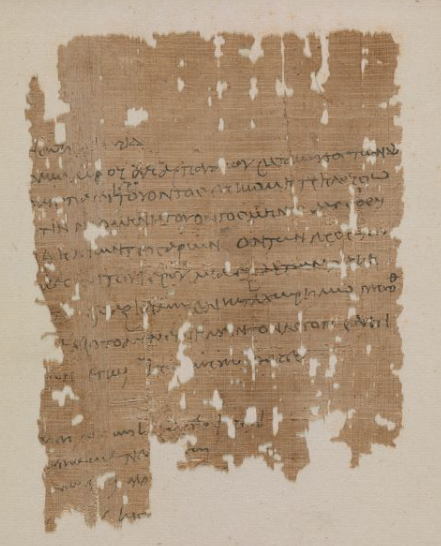 Fragment of a petition to the local authorities reporting the theft of a white female camel (Pelusion, Egypt, c. AD 175): Papyrus 363

In a letter from about 20 years later, we learn that the prefect of a province ordered two camels for his private use, which were then delivered to him.

A letter from Tithioeis to Irenion mentioning the delivery of some camels for the prefect (Egypt, 3rd century AD): Papyrus 479

Besides these more institutional users, we find an increasing number of contracts attesting that other individuals had started to buy camels. It appears from these documents that camels were around 8 times more expensive than donkeys or mules. Female camels were especially valuable and were often sold with their foals for very high prices. For example, a contract from AD 177 records that a white female camel and two foals were sold for 900 drachmas, while at the same time one could buy a donkey for about 120–150 drachmas. 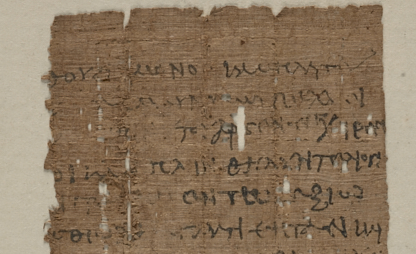 Camels were relatively expensive. This must explain why some documents attest that people often purchased only a part of a camel. A contract from 1,850 years ago records that a woman with her three daughters bought one third of two camels from her own son for 400 drachmas. The document shows not only that the whole camel would have been very expensive (about 600 drachmas) but also how people shared camels between them. 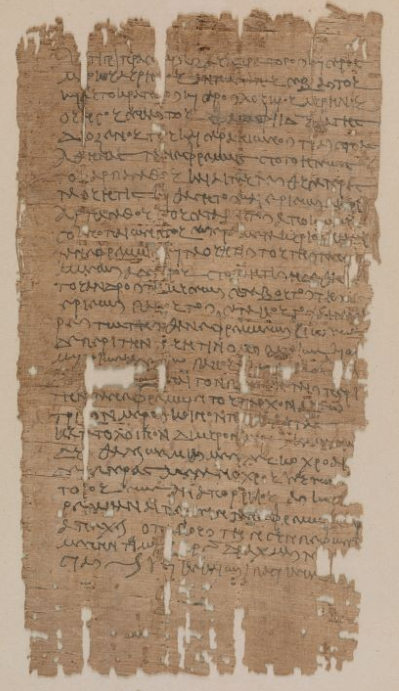 Contract of a sale of a third share in two female camels for a sum of 400 drachmas (Soknopaiou Nesos (Dimeh), meris of Herakleides, Arsinoite nome, Egypt, 11 October AD 166): Papyrus 333

It was not only the purchase price of the animal that made it so expensive. Once you owned a camel, you had to register it with the local authorities and pay tax for it, which was higher than the amount charged for other animals. This may explain why in AD 163 Harpagathes was so quick to report to the council that his two camels, registered the previous year, had been requisitioned by the governor to serve in his caravan, so Harpagathes should not pay taxes for them. 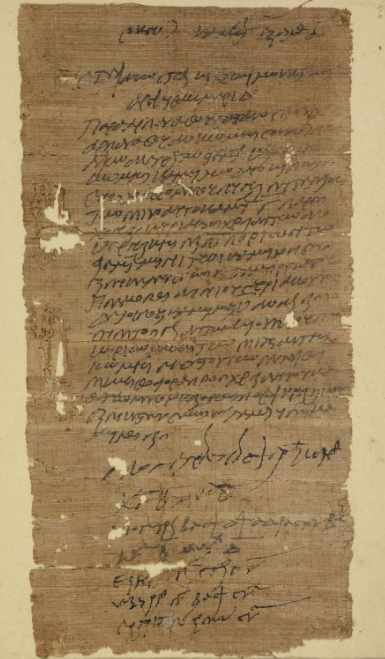 Apart from taxes, camels incurred other customs duties. Once they entered a city or a specific area, they had to pay a toll at the gates, which was higher than that issued to donkeys. As the surviving receipts attest, camels received a special permit on these occasions with a seal attached to the document. 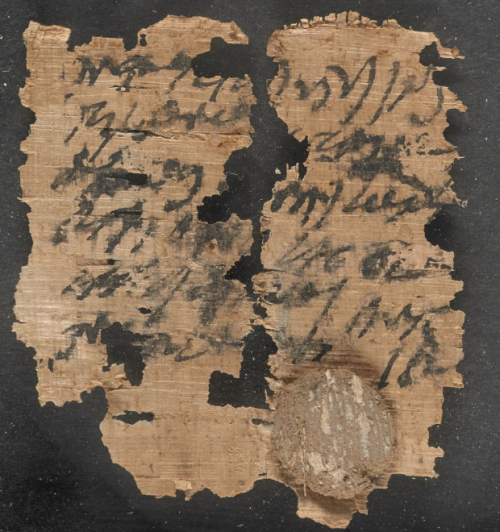 The ancient documents preserved among the Greek papyri at the British Library may look dull at first sight, but they record precious information. They provide a fascinating picture about the increasing use of camels in Egypt over a period of some four to five centuries, as well as giving us an insight into the everyday life of the people who owned or rented them.

Posted by Ancient, Medieval, and Early Modern Manuscripts at 1:26 PM