Announcing the Acquisition of the Lucas Psalter

We announce today the British Library’s acquisition of the Lucas Psalter, which was made in Bruges for an English patron in the 1480s, at a time when such luxury Flemish books were sought after by English owners. 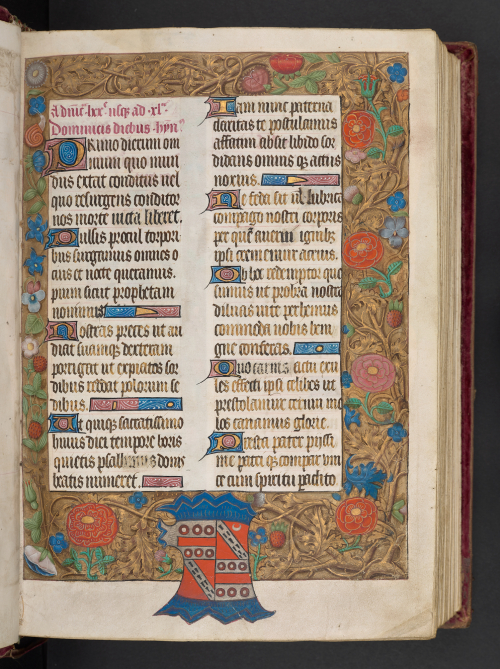 A page from the Lucas Psalter with a decorated floral border and a coat of arms: Add MS 89428

The manuscript (now British Library, Add MS 89428) is a deluxe Psalter, including the book of the Psalms and other devotional material, such as a calendar and lists of hymns appropriate to various Sunday services throughout the liturgical year. The book has 183 folios, is of large format (305 x 205mm), and is written in a Gothic textura script, presented in two columns. This type of script was more usual in England than the bȃtarde or rotunda scripts used on the Continent. Taken together, the layout and size of the volume more generally suggest that it was intended as a lectern book rather than one for private devotion. It may originally have been intended to form part of a Breviary, which includes the texts necessary to celebrate the various services of the Divine Office throughout the day.

The manuscript was acquired by Thomas Houchon Lucas (1460-1539) of Suffolk, the secretary to Jasper Tudor and Solicitor General under Henry VII. Lucas is identified by the added arms in the manuscript of Lucas and Morieux quarterly, and of these arms impaling Kemys of Monmouthshire. This identifies the owners of the manuscript for whom these arms were added as Thomas Houchon Lucas and his wife Elizabeth Kemys (d. by August 1528) who married in 1486 (or 1489). The manuscript remained in the family and has the bookplate of Thomas Philip Earl de Grey of Wrest Park (1781-1859) inside the upper cover. Thomas Philip succeeded to the titles 2nd Earl de Grey and 6th Baron Lucas of Crudwell in 1833. 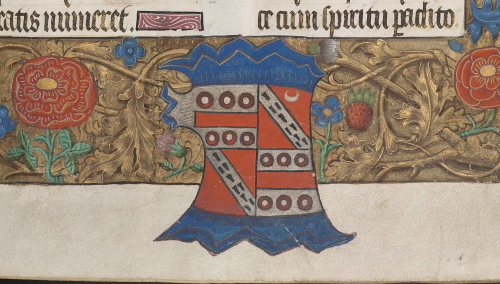 The manuscript has a contemporary 15th-century binding of red velvet over wooden boards, with metal bosses at the four corners and in the centre of both covers, and corner pieces in unusual shapes with bird head terminals. Although worn in places, the bosses have protected the velvet and accordingly much of the red velvet is remarkably well preserved given its age. The binding may have been added in London shortly after the book was produced. 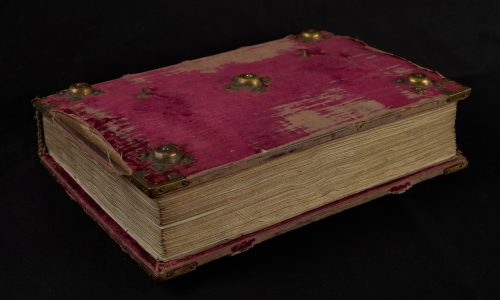 The Lucas Psalter, with its 15th-century binding of red velvet with metal bosses

Posted by Ancient, Medieval, and Early Modern Manuscripts at 10:02 AM