In 1484, Lewis of Caerleon (d. in or after 1495), a Welsh physician who served Lady Margaret Beaufort and her son (the future King Henry VII), was arrested at the order of King Richard III for his loyalty to the Tudors. Despite being incarcerated at the Tower of London, Lewis obtained writing materials and employed his scientific knowledge to compose several innovative astronomical works. In a newly-acquired collected volume of his scientific works that was finished in the decade after he was released and may have been written under his close supervision (Add MS 89442), Lewis states that he produced some of his astronomical tables — containing calculations for lunar eclipses and solar times — during his incarceration. Lewis is one of several medieval authors who composed original works in prison. On the Day of the Imprisoned Writer, we explore some of their most famous works.

Boethius (c. 480–524), a Roman statesman who had fallen out of grace with the Ostrogoth king Theodoric the Great, is famously known for writing The Consolation of Philosophy — a philosophical work touching on the subjects of free will, happiness, fate and fortune — while awaiting his trail and execution. His work presents a dream-vision in which Lady Philosophy consoles him by highlighting that wealth and power are merely transitory and only internal virtues and qualities can withstand the vicissitudes of fortune. As its central message corresponded with Christian ideas, Boethius’s work became one of the most influential and widely-read books of the Middle Ages. 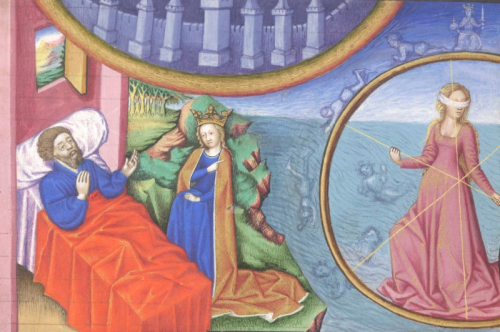 Undoubtedly inspired by Boethius, Thomas Usk (d. 1388), a scrivener and legal clerk of London, wrote his own dream-vision while he was imprisoned and awaiting execution for purported treason. His poem, known as The Testament of Love, sees him visited by Lady Love who, much like Lady Philosophy, discusses the transitory nature of worldly bliss and the superiority of true inner happiness, offering consolation to the author in his state of despair. No manuscript copies of his poem survive, but it gained a wide readership after William Thynne included it in the collected works of Geoffrey Chaucer, late medieval England’s most renowned poet, that he first published in 1532. 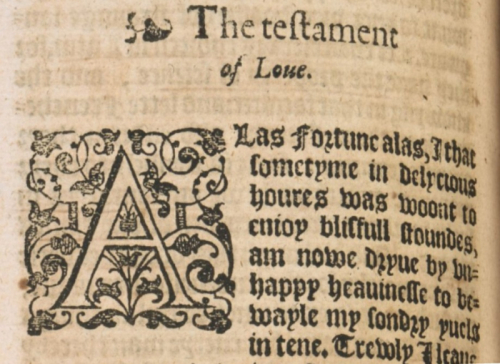 In 1534, Thomas More (1478–1535), former Lord Chancellor of England, followed Boethius’s example after King Henry VIII had imprisoned him at the Tower of London for refusing to swear the Oath of Supremacy, acknowledging Henry as head of the English Church. Apprehending a painful death, More wrote A Dialogue of Comfort against Tribulation. The book offers consolation to those fearing physical torment: it argues that death by torture is no worse than a natural death and that one can entirely forget about one’s own physical pain by contemplating the suffering that Christ endured for mankind. After his execution, More’s book circulated in manuscript form before becoming widely available in printed publications of his collected works.

But imprisoned authors did not only write ‘books of consolation’. After he was captured at the Battle of Agincourt in 1415, Charles, Duke of Orléans (1394–1465), produced some of the most elegant medieval love poetry during his 25 year-long captivity in England. He is best known for his ‘Book of Love’, a sequence of lyrics presented within the narrative framework of two dreams in which an imprisoned lover pursues Lady Beauty at the court of the love of God; after she dies during his absence, he renounces love before wooing a second lady. The ‘Book of Love’ survives in both French and English versions. The latter, extant in Harley MS 682, contains more than 6500 lines of verse, and may have been composed by Charles himself, since he spoke English fluently.

The Italian romance writer Rustichello da Pisa (fl. late 13th century) also employed his literary skills when he found himself locked up with the Venetian merchant Marco Polo (1254–1354) at Genoa, then at war with the city-state of Venice. In their prison cell, he penned down the marvellous stories that Polo recounted about how he, together with his father and uncle, had followed the Silk Road deep into Asia to meet Kublai Khan, ruler of the Mongol Empire, serving as his emissary to China for fifteen years before returning to Italy. Although the veracity of Polo’s account is debated, it provided the most detailed and accurate description of Asia that was available at the time. Spiced with marvellous elements, The Travels of Marco Polo became a medieval bestseller and survives in scores of manuscripts today. 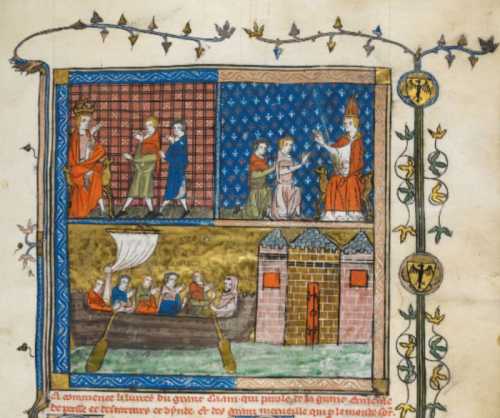 John of Rupescissa (c. 1310–1366x70), a Franciscan friar from Aurillac worked in entirely different genres. Spending much of his life in prison, Rupescissa believed that the many hardships that he had endured there — he contracted the plague and was nearly killed by a fellow prisoner — had prepared him to receive supernatural insights about the world. In a visionary dream, he believed to have seen an infant Antichrist who had been recently born and would soon herald the end of times. He also believed that mankind could protect itself from the upcoming apocalyptic disasters and defeat Antichrist by harnessing the divine powers hidden inside nature through the art of alchemy. This prompted him to write both books about prophecies and ‘alchemical medicine’, such as the Liber de consideratione quintae essentiae omnium rerum (Book on the Consideration of the Quintessence of All Things). Although the papal court at Avignon had declared him mad, his reputation as a prophet helped his works gain wide circulation during the later Middle Ages. You can read more about him in Leah DeVun's Prophecy, Alchemy, and the End of Time: John of Rupecissa in the Late Middle Ages (New York, 2009). 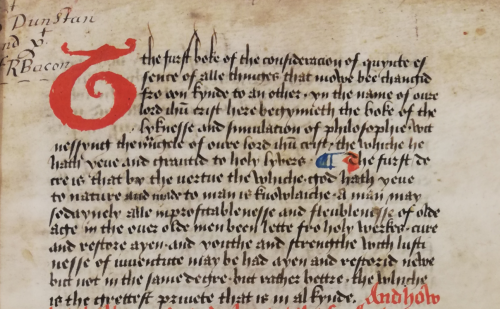 The works of the medieval authors discussed here were in most cases deeply informed by their experiences of imprisonment. To some degree, this influenced their popularity. Their insights gained and expressed in extreme hardship gave them a credibility and authority that few other authors could claim in speaking about the nature of the world and the human condition.