Are you wondering if we'll have a white Christmas? If so, forget about new-fangled weather forecasts: medieval manuscripts at the British Library may hold the answer!

One of these, a collection of Middle English texts compiled by John Colyns (d. c. 1542), a mercer of the parish of St Mary Woolchurch Haw in London, includes a series of weather predictions based on the phases of the Moon. It tells us that the weather is determined by the ‘prime of the Moon’, the day of the month on which you can see the first appearance of the ‘New Moon’ (when the Moon is invisible to the naked eye). 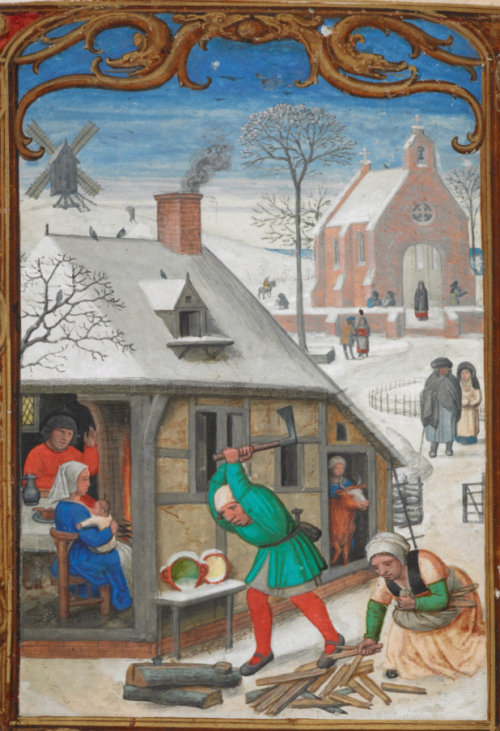 The manuscript compiled by John Colyns, Harley MS 2252, gives us the following predictions: 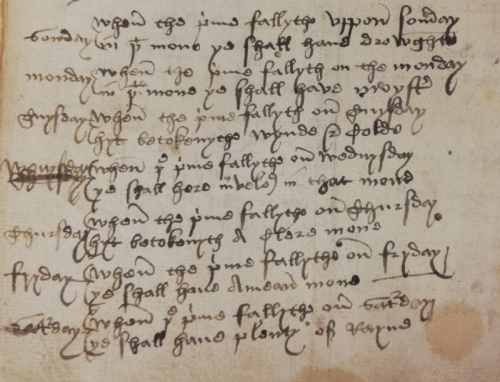 Since the New Moon fell this month on Monday, 14 December, this means that Christmas this year is bound to be wet! You heard it here first! 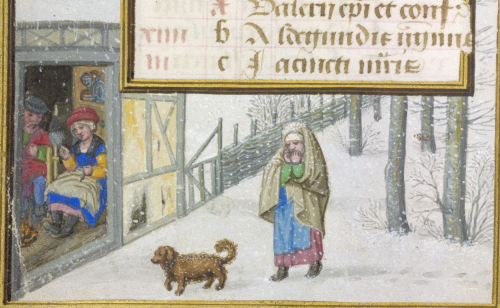 Wherever you are, there is a good chance of snow as well. Middle English weather predictions in a 15th-century medical manuscript (Add MS 4898) tell us that if 1 January falls on a Wednesday, which was the case this year, winter shall be ‘cold, hard and good, and [see] great snowfalls versus ferocious winds’ (‘Ȝyf þe ferste day of genever be wednysday . wynter schal be coold hard and good and grete snowys ver wykkyd wyndy’).

Although we might see wind and snow, the weather will not be too harsh. This is indicated by an English farmer’s almanac (Add MS 17367) that dates to the 1530s, as Dr Eleanor Jackson (Curator of Illuminated Manuscripts at the British Library) has determined. She points out that the almanac features weather predictions that are based on a year’s ‘Sunday letter’ or ‘dominical letter’. This refers to a method in which the letters 'A' to 'G' are assigned to the days of the week in an alphabetical order, with the letter 'A' always starting on 1 January. The year is then associated with the letter that corresponds with its first Sunday. In 2020, the first Sunday was on 5 January, which means that we live in an ‘E’ year. Our almanac’s weather predictions for such years are mostly illegible, but seem to predict ‘A good [winter]’. 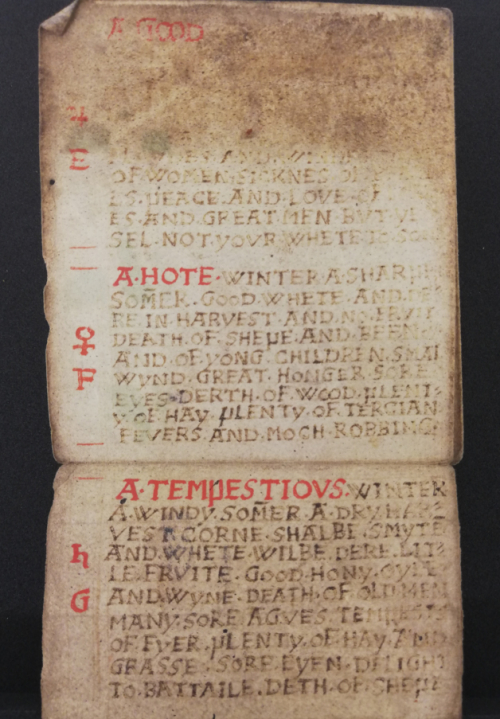 If we do get snow, the weather may be similar to a Christmas period sometime in the 15th century. An English almanac from 1420 (Royal MS 17 A XVI) features a weather report for the Twelve Days of Christmas that says, ‘last Christmas was of three conditions: rain in the morning, fair weather at ten and eleven, and dark and overcast weather in the afternoon’ (‘Crystynmes day laste past was off iij condycions in þe mornyng rayn at x and xj fayr weddur at aftur none dark and lowring’). During the next Twelve Days of Christmas, mist and clouds alternated with bright weather. However, on 30 December, ‘it began to snow and it snowed until the night’ (‘yt be gan to snaw and snew to nyght’). This weather returned on New Year’s Day when ‘it snowed until 10 in the morning and at noon it began again and it snowed all day until it was night’ (‘att þe mornyng yt snew to x of þe cloke and at xij yt be began agayn and snew all þe day to yt was nyght’). 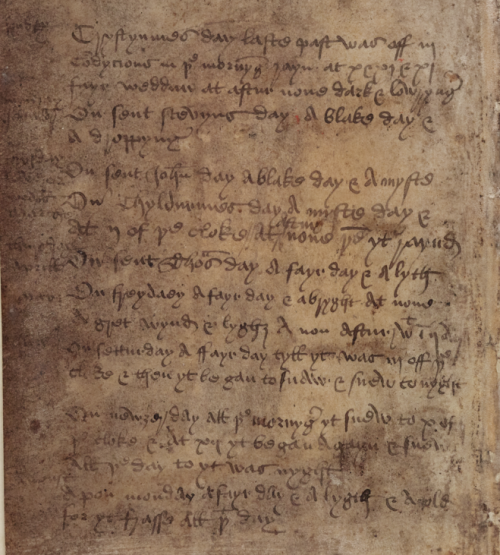 But if snow fails to appear, the Christmas period may be more like a Twelvetide in 16th-century England. A weather report from that period, which was added to a 12th-century biblical manuscript from the Benedictine abbey of St Mary and St Rumon at Tavistock in Devon (Add MS 62122), tells us, ‘Christmas was fair and dry without any sunshine’ (‘Chrystynmas was fayre and drye with owt enye sunne shynyng’). The next days were mostly dry, but ‘New Year’s Day was full of rain all day long’ (‘new yeres day was full of rayne all daye lange’). 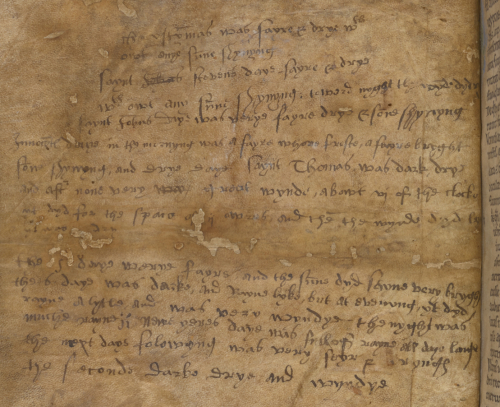 Just in case you question the authority of our sources — the practice of weather forecasting was well established in the Middle Ages, and supported by Classical sources such as the Meteorologica (Meteorology) of the Greek philosopher Aristotle (384–322 BC), whose works on natural philosophy were well-known in late medieval Europe. 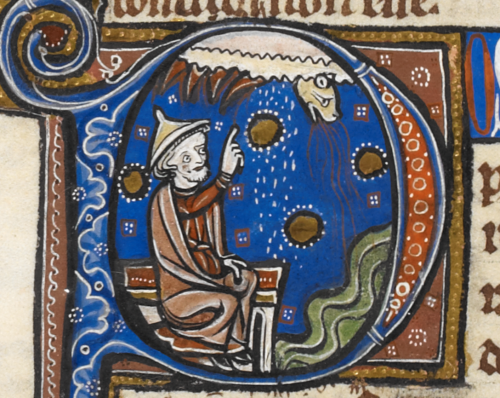 An initial in Aristotle’s Libri Naturales (Books on Natural Philosophy) with a philosopher pointing up to lightning and snow coming from a cloud above (?Oxford, 3rd quarter of the 13th century): Harley MS 3487, f. 140v

We trust that our 'reliable' weather predictions will help you prepare for the Christmas period. You can explore the weather predictions of John Colyns and related writings in the fully digitised version of his commonplace book (Harley MS 2252) that is now available on our Digitised Manuscripts website. It is part of our Heritage Made Digital: Tudor and Stuart manuscripts project, and it's also one of the 3,000 manuscripts from the Harley collection that we have now described online.