You are invited to sit down with Sheffield Libraries at their digital dinner table at 8.00pm on 25 February to enjoy a menu of poetry, conversation, music and film inspired by our Anglo-Saxon Kingdoms exhibition. 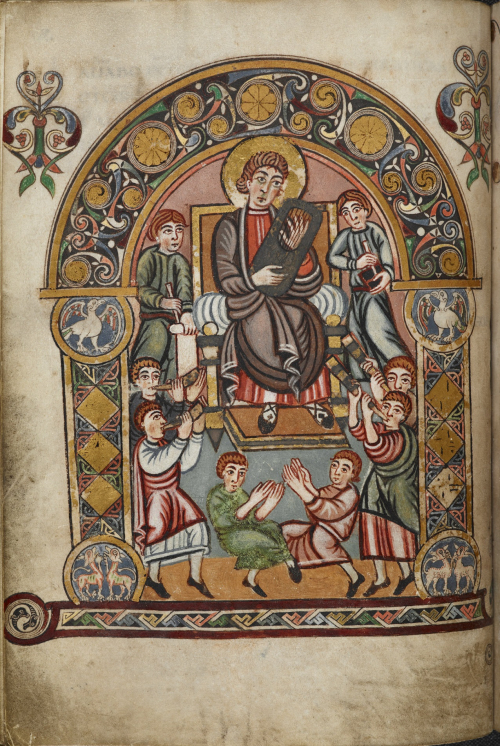 The Vespasian Psalter: Cotton MS Vespasian A I, f. 30v

In early 2019, poets Rachel Bower, Kayo Chingonyi and Joe Kriss visited the exhibition, as part of a collaboration between Sheffield Libraries, the British Library and Poet in the City. 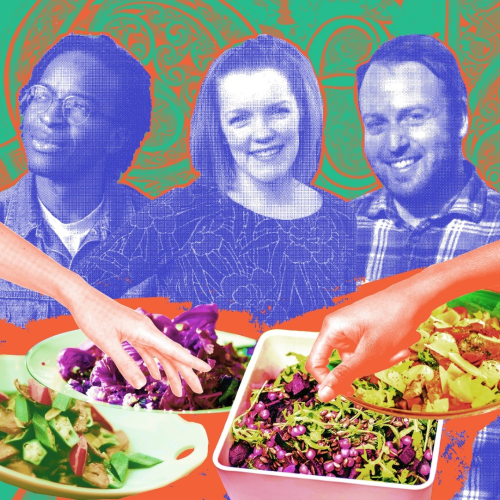 Rachel, Kayo and Joe took the Anglo-Saxon Kingdoms exhibition as their starting point for conversations with people in three different branch libraries in Sheffield. These conversations were sparked by items in the exhibition such as the will of Wynflæd, a well-to-do 10th-century widow who lived in south-western England.

Wynflæd’s will lists her lands and livestock, but also paints a picture of her domestic life. The objects she bequeathed allow us to see how her house was furnished, to look inside her wardrobe, and to see items on her table and in her jewellery box. The passing on of objects and the survival of the jewelled metalwork in the exhibition inspired conversations with women in Sheffield about objects they had inherited and will pass on. 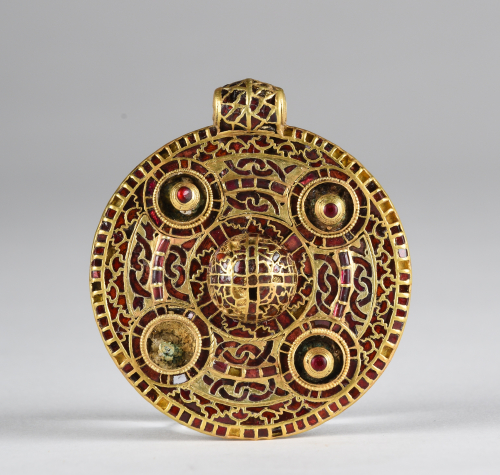 One of the key themes running through the exhibition was the development of the English language and early English literature. Exhibits included objects inscribed with some of the earliest surviving records of the use of the English language, the earliest datable text written in English (the laws of King Æthelberht of Kent), manuscripts containing over 90 per cent of all surviving Old English poetry, and works by the prolific writer in Old English, Ælfric of Eynsham. 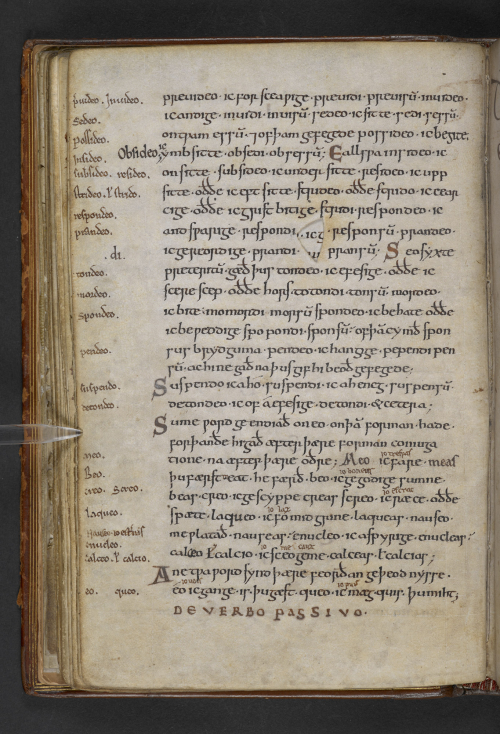 This theme was picked up strongly in Sheffield with explorations of the wide-ranging national and international influences on local dialects, and reflections on how language and inherited stories influence ideas of national identity.

Sheffield Central Library had planned to hold an Anglo-Saxon-inspired feast with live poetry and performance in March 2020 to celebrate the work of poets and the Collections in Verse project. While the first lockdown meant that had to be cancelled, around that time Sheffield Libraries began supporting local communities in new ways, with some branch libraries becoming food banks. In response, the poetry commissioned by ‘Collections in Verse’ has now been incorporated into a new film inspired by conversations with the people of Sheffield and the food banks in the city. This film, directed by Eelyn Lee, will be premiered as part of the live online event, Digesting History, on 25 February. During the event, hosted by Silé Sibanda from BBC Radio Sheffield, guest speakers will explore the development of the English language and Sheffield’s dialect, questions of national identity, and how the pandemic has reinforced the importance of libraries in local communities.