Fascinating beasts (and where to find them)

The British Library's papyri are full of surprises. We've often described how our Greek papyri provide insights into the lives of women, children, teachers and even magicians, but even we were astonished, while cataloguing the collection, to come across a number of fragments containing fascinating descriptions of extraordinary creatures.

A fragmentary school composition about the phoenix, written on the back of a tax register (Egypt, 2nd century AD): Papyrus 2239, fragment 1 verso

The first fragment probably dates from the 2nd century, is written on the back of a tax document, and describes a wondrous bird in Greek prose. According to the text, 'This bird can be seen ﬂying through the air with its plumage gleaming, gold and light blue all over, being wondrously similar to the sea. The plumage of its wings seems to imitate the echo of the storming wind. It lives alone even as an adult, rich in wisdom, peaceful not carnivorous.'

Based on parallels in other texts, this miraculous bird can be identified as the phoenix. The bird in question was said to have lived in Egypt and, after living for 1,000 years, to have burned itself alive before resurrecting again from its ashes. Our papyrus provides new information about the colour of the bird, as well as the fascinating information that it could sing in an extraordinary voice which 'had an eternal quality, one with the entire universe'. 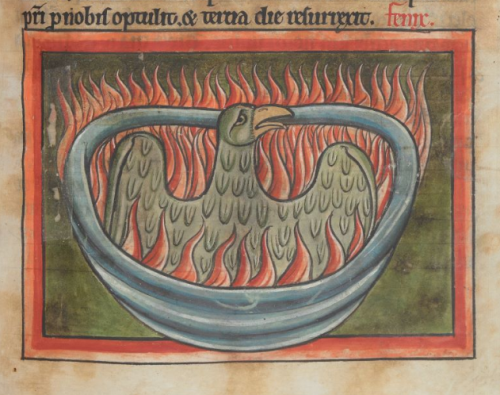 Our second fragment comes from a 4th-century codex and contains a text in verse, probably from a play. The first legible portion of this papyrus describes another mythical creature, a female beast 'with tresses of long hair. Her tail she curls up under her lion’s feet and sits down carrying back her wings. Exposed to sunshine, the monster’s back glistens with gold, if a cloud comes, a sombre splendour, like a rainbow, is reflected on it. It is murderous and chants magical verses of a riddle: "One thing there is that has sense that walks on four feet, then on two and three — what’s that?"' 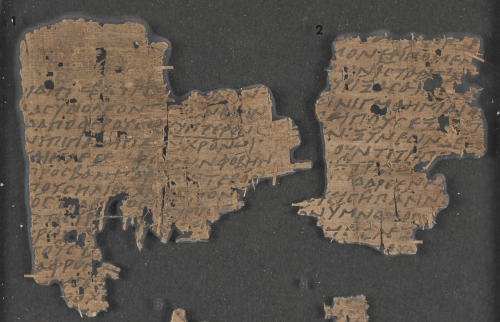 It is this riddle about a creature that first walks on four legs, then on two and finally on three that helps us identify this beast. It is the Sphinx of Greek mythology, whose riddle refers to a man, who as a boy crawls on four legs, as an adult walks on two, and finally in old age leans on a stick as its third foot. The Sphinx was said to have a female head, a lion's body and wings; but the colour of its plumage is described uniquely in this papyrus. 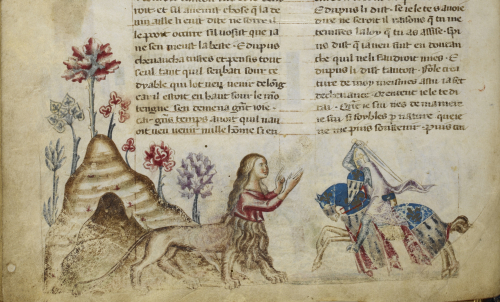 Our third example dates from around 1,900 years ago. It is found on a papyrus roll containing Greek verses, presumably from a tragedy. The first readable portion of the text describes an horrific monster, 'a compound, with double nature: bull and man, it bears a bull’s head square set on its shoulders, it walks on two legs with a black shaggy tail, it has a look of horror and a tail and strength of …' The rest of the text is missing. 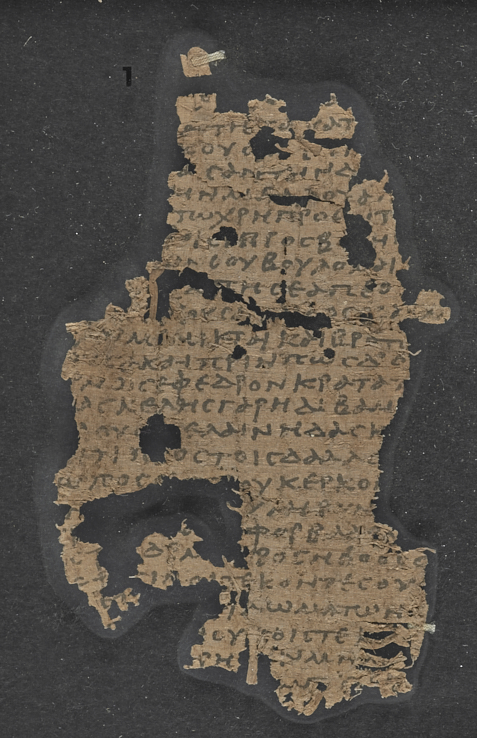 Despite the fragmentary condition of this papyrus, the two-fold nature of the bull-man makes it obvious that this is a description of the Minotaur. This creature was born from the love of the Cretan queen Pasiphae and a bull. Imprisoned in the mazes of the king’s palace, it was fed with the human flesh of slaves until Theseus, a young prince from Athens, helped by Pasiphae’s daughter Ariadne, chopped off its head with his sword. 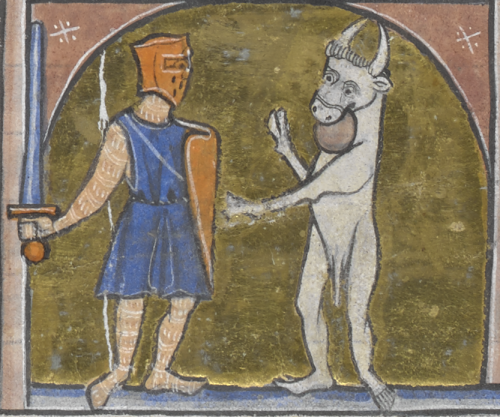 Although this papyrus provides no new details about the Minotaur's appearance , it's an interesting witness to the long-lived tradition of the monster of Crete. Seeing these exciting fragments, one cannot help wondering what other mysteries remain to be revealed among the British Library’s Greek papyri.