How well do you know your Hamlet?

We're not talking about the tragic Prince of Denmark, of course. We're referring to Hamlet Anderson, who owned a manuscript of the Wycliffite New Testament in the 16th century.

His name was noticed by Clarck Drieshen, who is currently cataloguing the Harley collection at the British Library. In three places at the end of Harley MS 4027, Hamlet inscribed his name, as you can see in this image of f. 184r. Clarck speculates that the former owner of this manuscript may be identified as 'Hamlet Anderton, tailour' of King’s Lynn, who is recorded in A Calendar of the Freemen of Lynn, 1292–1836 (Norwich: Archaeological Society, 1913), p. 106. 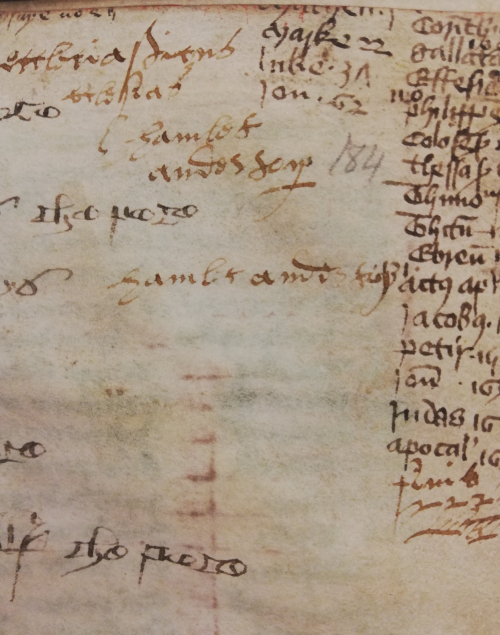 It may not be unreasonable to suppose that a tailor would have owned a copy of the New Testament in English, albeit a manuscript version made in the first half of the 15th century. Also on f. 184r is a list of purchased items, including shears (wool), perhaps relevant to his occupation. 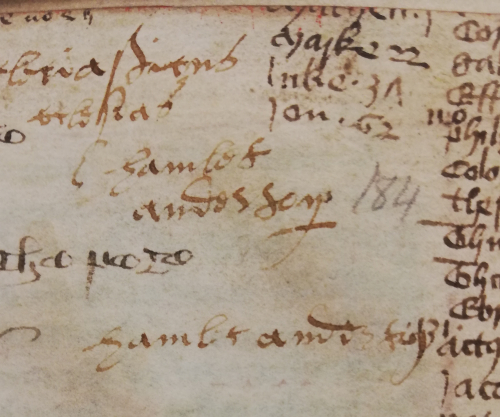 Among the other owners of this manuscript were:

The names of Baudet Anderton, Hamlet Anderson and Thomas Johnson were all recognised for the first time by Clarck while he was cataloguing Harley MS 4027. 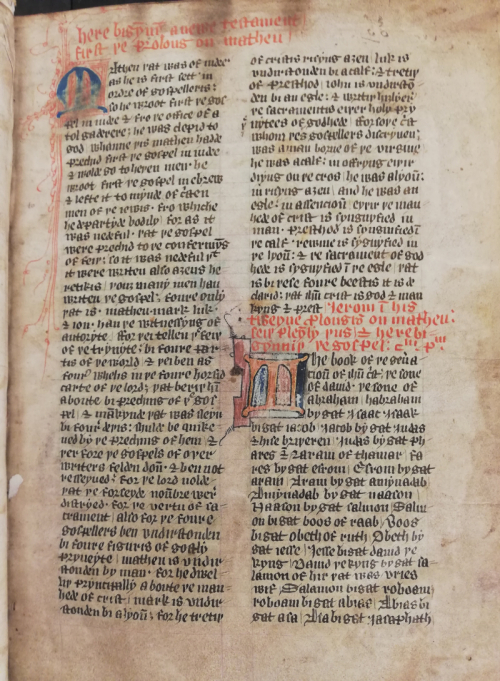 We have now added descriptions of more than 3,000 manuscripts in the Harley collection to the British Library's online catalogue. We'd love you to explore them for yourselves. Maybe you will encounter more familiar names or discover unfamiliar manuscripts for the first time.