In 1538, the Cistercian abbey of St Mary at Byland in Yorkshire surrendered its house to King Henry VIII (r. 1509–1547), who was dissolving all of England’s religious houses around this time. The abbey was founded in 1153 in a remote area of the North Yorkshire Moors. This location was particularly suitable for Cistercian monks, since their order encouraged them to seek solitude at desolate and wild locations. The abbey grew to become one of England’s largest Cistercian monasteries and amassed a magnificent library of most likely hundreds of books. With Byland Abbey’s dissolution, however, its library became forever dispersed. Until now, only a small number of its manuscripts have been rediscovered. However, in our ongoing Harley cataloguing project, we have identified a previously unknown Byland Abbey manuscript. In this blogpost, we will explore this discovery further. 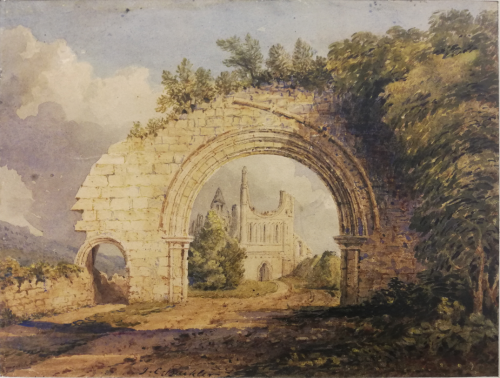 The MLGB3 website records twenty-six manuscripts and manuscript fragments that have been identified from the library of Byland Abbey. Many of these manuscripts are now kept at the British Library. Most famous among these is a theological manuscript (Royal MS 15 A XX) which features ghost stories that were written by one of the abbey’s monks in the early 15th century. You can read about these spine-chilling tales in our previous blogpost. 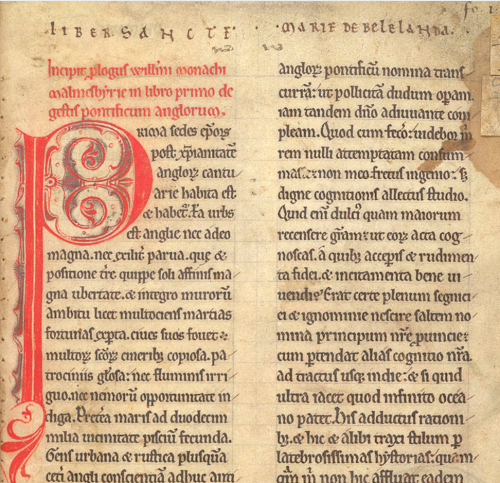 The opening of William of Malmesbury Gesta Pontificum Anglorum (Byland, 2nd half of the 12th century): Harley MS 3641, f. 1r

To these identified manuscripts from Byland Abbey, we can now add a Bible from the second quarter of the 13th century (Harley MS 2807). The manuscript of almost 340 parchment leaves is ornamented with decorated initials throughout. Strikingly for a manuscript from a Cistercian house from this period, some of these initials also contain illustrations. Cistercian manuscripts, in line with the order’s ideals of austerity and simplicity, typically only feature restricted forms of decoration at this date. The order issued statutes between 1145 and 1151, and in 1202, which stipulated that letters should be made of one colour and contain no figurative images. Only one of Byland’s identified manuscripts features figurative images. This is a 12th-century Psalter (York, Minster Library, MS XVI.I.7) with two initials containing dragons that combat human figures. The Harley manuscript, in contrast, has three decorated initials, of which two are elaborate and depict identifiable historical and biblical figures.

The first of the decorated letters in the Harley manuscript appears at the beginning of a prefatory letter by St Jerome (c. 342–420), known for his work on the translation of the Latin Vulgate Bible. Here an initial ‘F’ features a depiction of St Jerome at his writing desk. 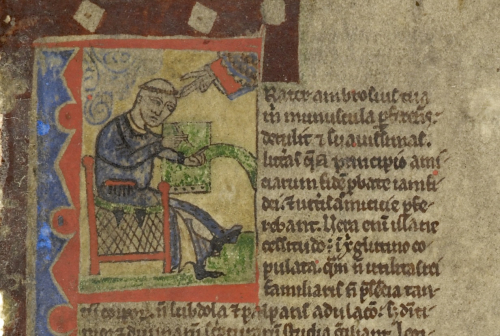 Another example of the manuscript’s illustrations can be found at the beginning of the Book of Genesis, where the initial ‘I’ features scenes from the Creation, with, below that, a depiction of the Crucifixion. 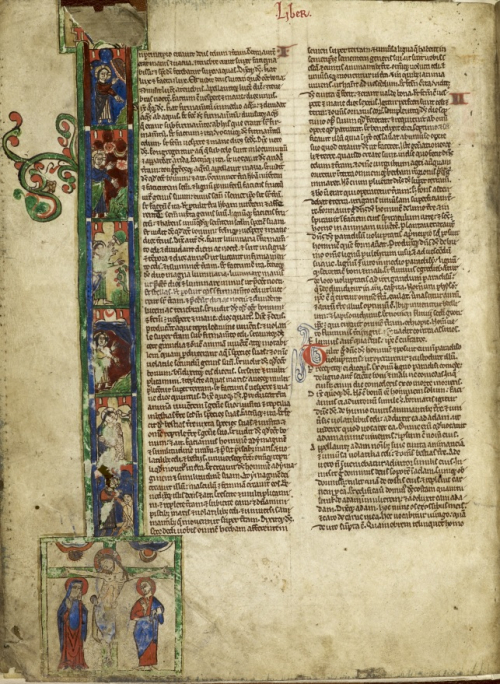 Scenes from the Creation and Crucifixion in a decorated initial ‘I’ (? Byland, 2nd quarter of the 13th century): Harley MS 2807, f. 5v

Further, an initial ‘I’ at the beginning of the Gospel of Mark features a horned mask at the top and a three-faced crowned head upside-down at the bottom. 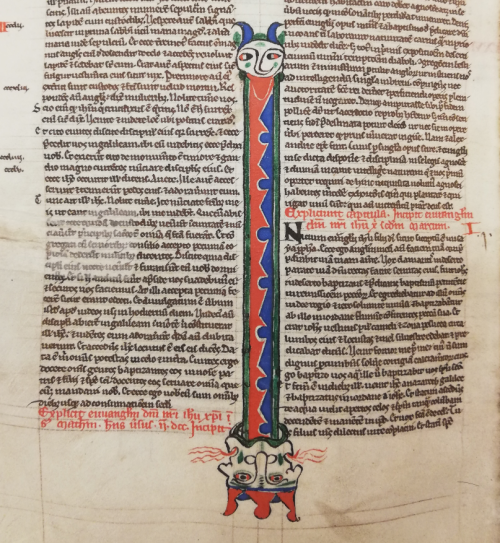 Until now, little was known about the manuscript’s origin and ownership before it reached the library of Robert Harley (1661–1724) and his son Edward Harley (1689–1741). Its only known owner was William Petyt (1636–1707), antiquary of Middle Temple and Keeper of the Tower Records, who added his coat of arms and a title-page in 1665. 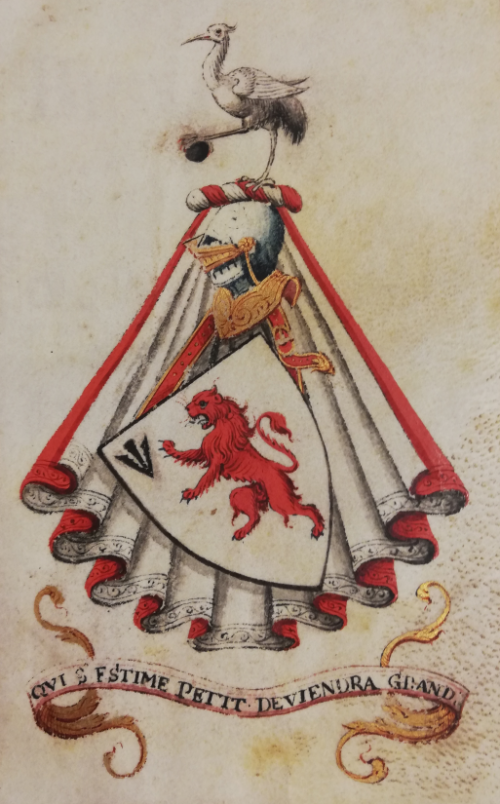 In re-cataloguing the Bible manuscript, however, we have found two previously unnoticed erased inscriptions written on empty pages at the end of the volume. More importantly, with the help of UV light, we have been able to decipher both of these.

One inscription is written in a 13th-century script and confirms Byland Abbey’s ownership in a Latin formula that can be found in various of its other manuscripts: ‘Liber Sancte Marie de Bellalanda’ [The Book of St Mary of Byland]. You can compare this inscription with the nearly identical ownership inscription that is visible in the second image of this blogpost (at the top of f. 1r of William of Malmesbury’s Gesta Pontificum Anglorum in Harley MS 3641).

The other inscription also confirms Byland’s ownership, but it is written in a 15th-century script and gives the monastery’s location in English: ‘Liber Beate Marie de Byland’. This ownership formula can only be found in one other manuscript (now Manchester, John Rylands Library, Lat. 153). Both inscriptions may have been added by the same 15th-century librarian at the abbey.

These inscriptions leave little doubt that Harley MS 2807 was present at Byland Abbey soon after its production, and was kept there for hundreds of years, probably until the monastery’s dissolution. The identification of the manuscript’s provenance contributes to the efforts of scholars to reconstruct the monastic libraries that were dispersed in King Henry VIII’s Dissolution of the Monasteries. Further research into the manuscript may shed new light on book production by Cistercian monasteries in Northern England, and on their changing views on the use of decoration in the books they preserved.

We will keep posting on the findings that we are making in our Harley cataloguing project, so keep a close eye on this blog!