Thomas Becket: manuscripts showing the making of a saint

Having seen all of the five-star reviews, like many of you we are looking forward to seeing the new exhibition at the British Museum, Thomas Becket: Murder and the Making of a Saint, which opens on 20 May for three months to 22 August. If you visit, you’ll see five British Library manuscripts in various sections (these are some five-star items too!). In the words of Naomi Speakman, co-curator of the exhibition: ‘The British Library manuscripts are some of the highlights of the exhibition, and help to illuminate the Becket story’.

Thomas Becket (1120–1170) was an archbishop of Canterbury who came into conflict with King Henry II of England over the rights of the Church. In The Rise and Fall of Thomas Becket section, a 14th-century English manuscript depicts Becket, wearing his bishop’s mitre and holding the staff of office, in conversation with King Henry II, above a genealogical table. In the caption, Henry is called ‘the son of Queen Matilda’, indicating his right to the throne through his mother. 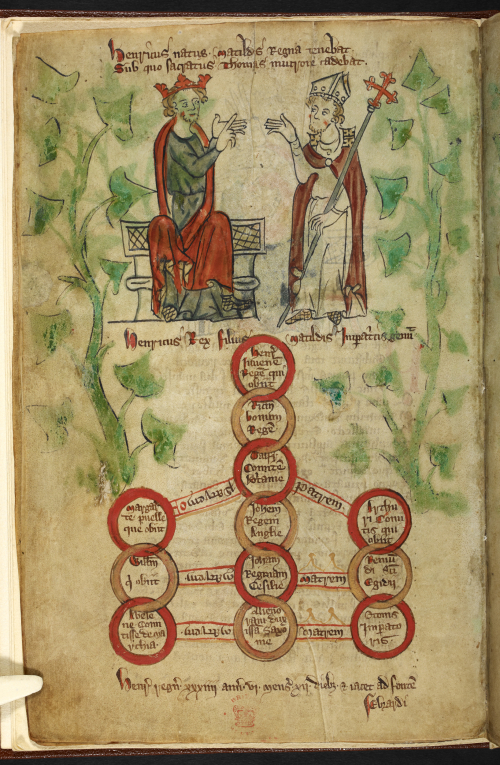 On 29 December 1170, a group of Henry’s knights murdered Thomas Becket in Canterbury Cathedral, causing great outrage across Europe. For more on why they were there, and whether they were acting on the King’s orders, read the British Museum’s blogpost: Who killed Thomas Becket? After his death, Becket was honoured as a saint and Canterbury became a major pilgrimage centre.

One of the most famous images of the murder itself is featured in the Murder in the Cathedral section of the exhibition. In a 12th-century collection of Becket’s letters, the story of Becket’s murder is told in four scenes, beginning with a messenger announcing the knights’ arrival while Becket is at table, with the knights conversing outside. In the register below is the murder itself, with one of the knights slicing through the bishop’s skull with his sword. A bear on this knight’s shield may indicate that this is Reginald Fitzurse (ursus is ‘bear’ in Latin). Finally pilgrims kneel before Becket’s shrine, seeking to get as close to the saint as possible. This image accompanies a letter of John of Salisbury (d. 1180), who was one of the eye-witnesses to the murder.

This manuscript was digitised recently as part of the Polonsky Foundation England and France 700-1200 project, and you can read more about it on the project website. 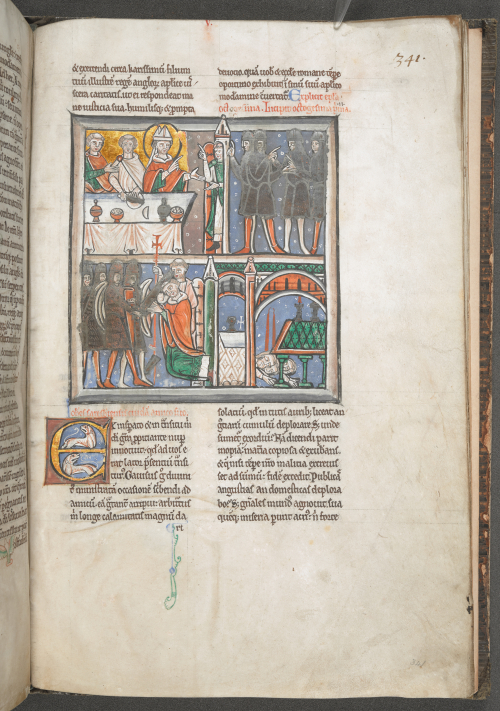 The story of Becket’s murder told in four scenes, in a 12th-century collection of Becket’s letters: Cotton MS Claudius B II, f. 341r

Another well-known image features in the Making of a Saint section, in which Becket is laid in his tomb. It is one of five full-page miniatures (another is a scene of his murder) inserted into a Latin Psalter, to which a translation in Anglo-Norman French was added above the Latin to the first part of the Psalms. In the exhibition, the pages on display show the entombment of Becket opposite the beginning of Psalm 18, with the French added above the text. 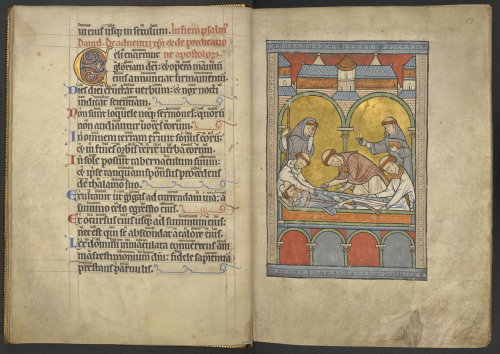 The 14th-century Stowe Breviary, a service book adapted for use in Norwich, is also displayed in this section. The Sanctorale section of the book includes images of saints next to their relevant feasts. It is imperfect, so the feast of Becket’s martyrdom on 29 December is lacking, but the feast celebrating the translation (or transfer) of Becket’s body to the new Trinity Chapel in July 1220 is illustrated with monks lowering his body into the new shrine. Initial letter containing a scene of the translation of Becket’s body to the Trinity Chapel, in the Stowe Breviary: Stowe MS 12, f. 270r (detail)

However, Becket’s cult was eventually suppressed by King Henry VIII of England. A Royal Proclamation of 16 November 1538 issued jointly by Henry VIII and Thomas Cromwell denied that Becket was a saint and ordered that his images should be removed from churches, that his feast should not be observed, and that his name should be ‘rased and put out of all [of] the books’. This proclamation has been applied to the text (but not the image) of the July feast in the Stowe Breviary, with the name of the saint ‘Thomas’ erased in the red rubric right next to the initial and throughout the text, although it is still visible as light brown letters. 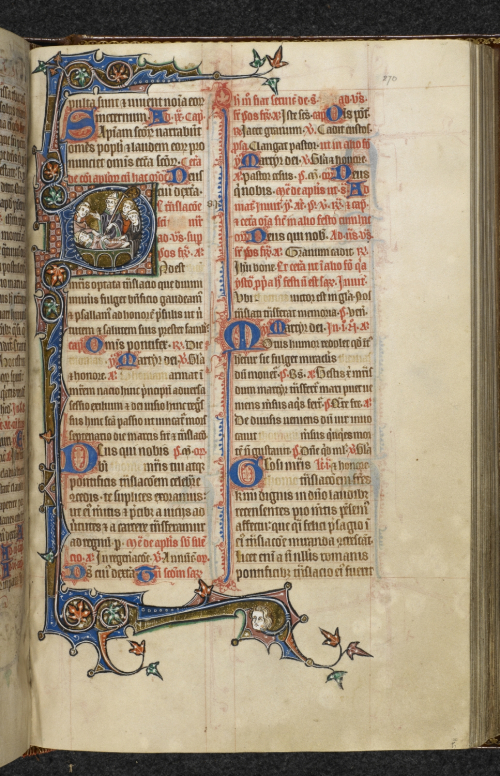 The page for the feast of Becket’s translation, with his name erased, from the Stowe Breviary: Stowe MS 12, f. 270r

The fifth British Library manuscript reflects this edict even more vividly, appearing in the Becket and the Tudors section. In this 15th-century Book of Hours, the full-page image of Becket has survived, but the facing prayers to the saint have been more than erased, and instead were cut out completely to remove them from the book. 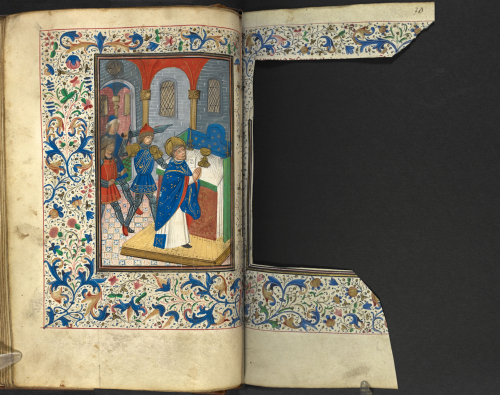 Image of the martyrdom of Thomas Becket with prayers cut out, from a Book of Hours: Harley MS 2985, ff. 29v-30r

Together, these manuscripts show how Becket rose to prominence as a major saint during the Middle Ages and then fell from favour during the reforms of the Tudor period. You can view them in full on our Digitised Manuscripts website. If you can make it to London, we hope you enjoy the wonderful exhibition!