It's time to put on your thinking caps again. What do you imagine is happening here?

You can make your suggestions in the comments box below or via Twitter to @BLMedieval. We will publish or retweet the best ones. 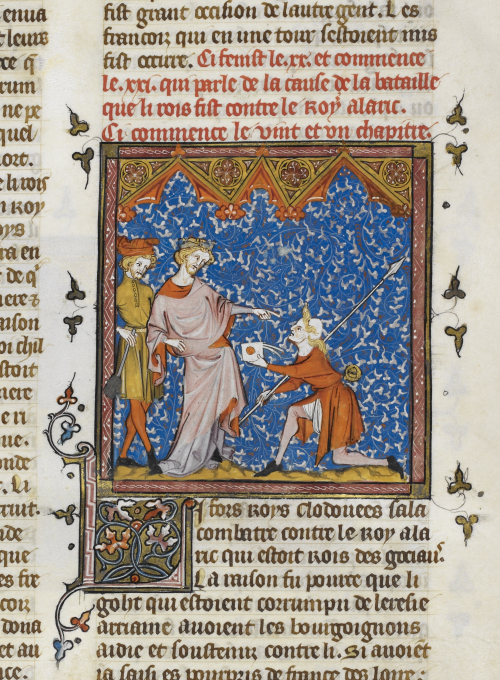 I swear! I promise! IT IS GOOD NEWS!

I've tried everything sire, but it just won't wash out!

Stop moaning about the length of the scewer and just get the blasted marshmallows toasted!

out, out, damn spot

I ordered those chicken wings over an hour ago. "30 minutes or it's free!" your ad says. And they're cold. No tip for you, either. And what's with your hair?

My liege, 'tis the latest upgrade from Apple

Oooh, Nice underwear but I *love* that hat!

I will accept the vaccine, it’s the size of your needle that worries me!

You’re not vaccinating us with that!

Nay, sire do not be afraid. It is not sorcery... a new confection from the orange and something called a cocoa bean

No, that doesn't license you to carry a spear in the house.-OUT!

Sire, Robin Hood has installed ransomware on your calligrapher.

You've eaten them all bar the ones with the nuts!