Who should we trust?

On Saturday 12 June, BBC Radio 4 is broadcasting Stewart Lee: Unreliable Narrator (20:00–21:00 BST). In one segment of the programme, Stewart encounters two 'unreliable' medieval manuscripts at the British Library, in the company of Dr Hetta Howes and curator Julian Harrison. The manuscripts in question contain copies of Geoffrey of Monmouth's infamous History of the Kings of Britain and the dubious Travels of Sir John Mandeville. In both cases, Stewart Lee and his guests use these narratives to interrogate what it is to tell the truth, questioning where does fact end and fiction begin. (Stewart also brought along his O-Level History dissertation which analysed Geoffrey of Monmouth — will the programme reveal his final grade?) 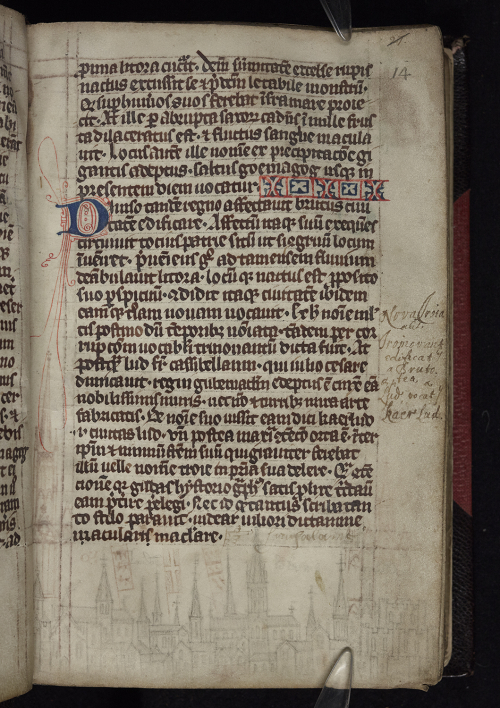 A 14th-century manuscript of Geoffrey of Monmouth's History of the Kings of Britain, with a marginal illustration of London: Royal MS 13 A III, f. 14r

Here at the British Library we look after several manuscripts of both the History of the Kings of Britain and the Travels of Sir John Mandeville. The first of these works was composed in the 1130s and survives in more than 200 medieval copies. Geoffrey claimed that he was translating into Latin an ancient book in the British language that had been given to him by his friend Walter Map: or was he? Mandeville's Travels in turn is a 14th-century travelogue, in which its narrator, a certain Sir John Mandeville, ventured from Europe to the Near East, Africa and Asia, having wondrous encounters along the way. One of our favourite versions of the Travels comprises a series of illustrations made in 15th-century Bohemia, which shows Mandeville setting out on his journey and reaching Byzantium and beyond. 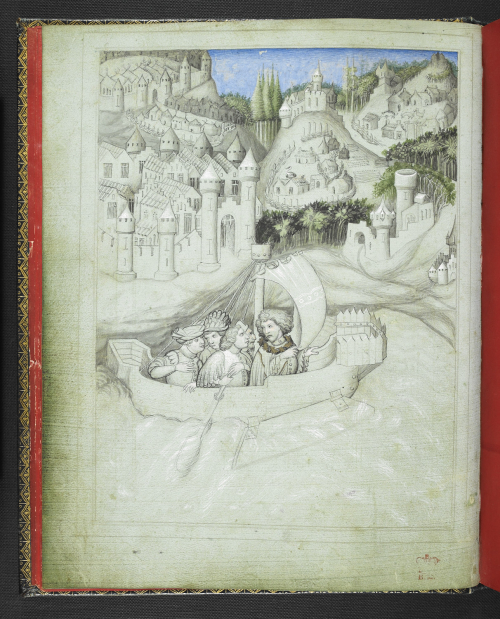 It was great fun to record this programme with Stewart and Hetta. Listen out for the broadcast this Saturday evening. Will the truth get in the way of a good story?