A letter of recommendation split between two continents

How many of us have ever needed a letter of recommendation to apply for university or to seek employment, to rent a flat or to consult a special manuscript in a reading room? Well, in using these letters we are following a practice that was already in use thousands of years ago.

Letters of recommendation are well attested in the Classical world. They feature as one of the twenty-one types of letters recorded in a letter-writing manual mistakenly attributed in the manuscript tradition to the 4th-century BC orator and statesman Demetrius of Phalerum. 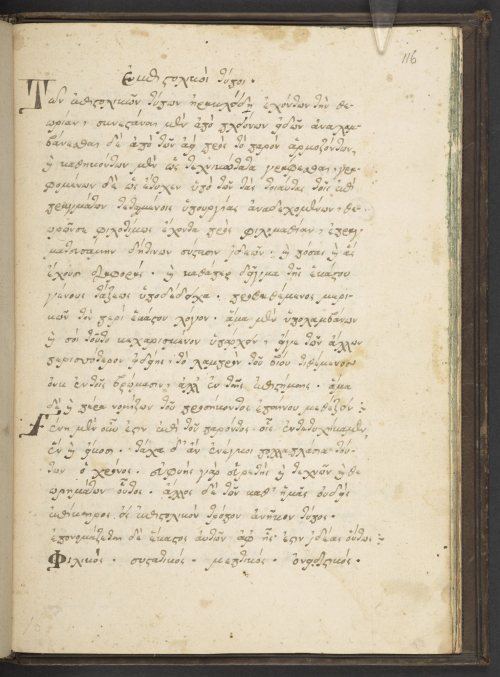 Beginning of the treatise entitled ‘Epistolikoi Typoi’ (‘Types of Letters’) attributed to Demetrius of Phalerum, preserved in a manuscript of 1712: Add MS 39619, f. 116r

A passage from the sixth book of Homer’s Iliad testifies to a rather treacherous use of a letter of ‘recommendation’, quite the opposite of what is expected. King Proetus writes a letter for Bellerophon asking his father-in-law, the king of Lycia, to kill Bellerophon, who is bearing the folded tablet containing the message.

St Paul also mentions recommendation letters, commenting: ‘Do we begin again to commend ourselves? Or need we, as some others, letters of recommendation to you, or from you? You are our epistle written in our hearts, which is known and read by all men’ (2 Corinthians 3:1-2).

The Greek papyri from Greco-Roman Egypt offer several examples of recommendations, dating from the 3rd century BC onwards. The letters usually display a consistent format: the author greets the recipient and recommends the bearer of the message, asking the addressee to offer whatever help the recommended person may need. Sometimes letters request even more, asking for loans, job offers, and assistance with taxes or legal issues. The person recommended would usually be introduced as someone close to the writer, often a friend or relative, whose preferential treatment would be considered as a personal favour to the writer.

Among the British Library holdings is a letter of recommendation forming half of a papyrus sheet (Papyrus 2553). 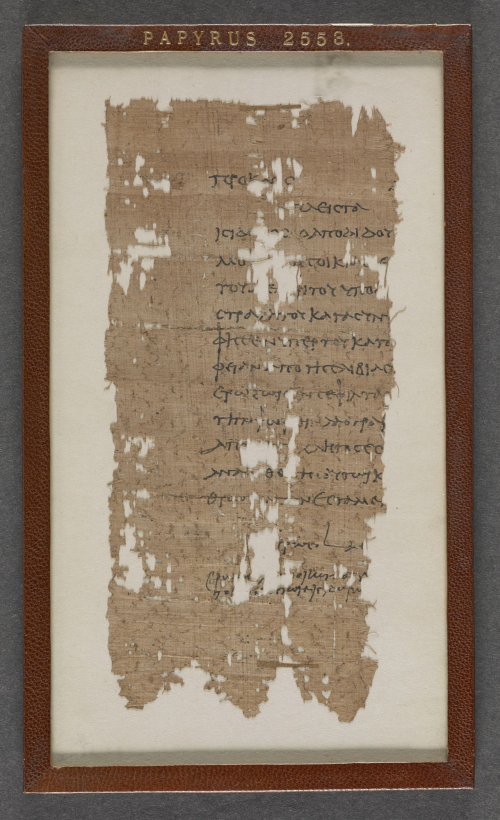 Left half of a letter of recommendation on papyrus: Papyrus 2553

Many details about this letter would have been unclear had the right-hand half of the papyrus not been identified in a fragment (P. Col. VIII 211) now held in the papyrus collection of Columbia University's Rare Book & Manuscript Library, in New York. The two papyrus halves join perfectly, as Antonia Sarri recognised in an article published in 2014 in Greek, Roman, and Byzantine Studies.

The full letter, dated 16 February 6, concerns a dispute between Isidorus, a farmer from the village of Psophthis, in the Memphite district, and Tryphon, governor (strategus) of a different district, the Arsinoite. 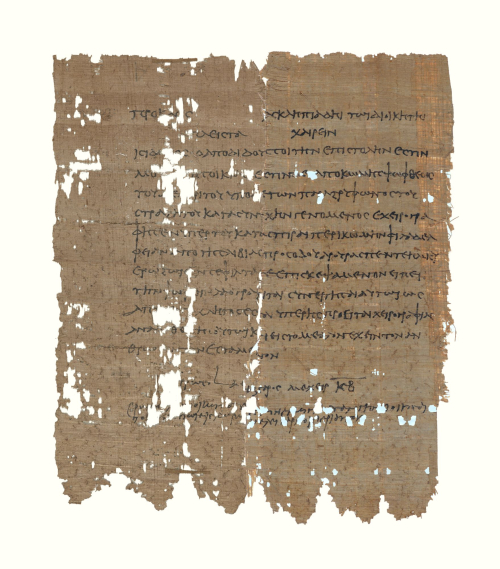 Isidorus appears to have been detained and compelled by the governor’s agents to swear that he would cultivate a plot of land located on the estate of the empress Livia, wife of Augustus, in the village of Philadelphia, in the Arsinoite district. However, because Isidorus was formally registered in another district, he shouldn’t have been obliged to perform this work. Several influential people took Isidorus’s side in this affair, one of whom is Proclus, author of another letter from the archive.

In this letter, Proclus instructs Asclepiades, a local official, to investigate the matter and cooperate with Isidorus, a member of his household. Moreover, Asclepiades is reminded not to forget in the future that Isidorus is recommended by Proclus. From the tone of the letter, it can be surmised that Proclus’s social standing was rather high.

In the postscript, Proclus adds ‘… do everything for Isidorus, for I am concerned about him.’

Postscript in a second hand added at the end of the letter, after the date

Despite being thousands of miles apart, the two fragments can now be joined virtually thanks to the advanced technologies and the combined efforts of the curatorial teams at the British Library and Columbia University. The British Library fragment has now been displayed in the new IIIF Univeral Viewer, and the Columbia portion will made available on their current platform for IIIF, Columbia's Digital Library Collections (DLC), in the coming months. We’ll be sharing further examples of fragments that can be reunited in the coming weeks, so look out for further updates.