The poem De Laudibus sancte crucis (In Praise of the Holy Cross) is the work of Rabanus Maurus (b. 780/781, d. 856), one of the greatest teachers and scholars of the Carolingian age. Rabanus Maurus was in charge of the imperial abbey school of Fulda in central Germany, and he was later archbishop of Mainz. While in Fulda, he composed this poem which comprises a set of verses where the words both embody and celebrate the cross, drawing on an Antique tradition of arranging words and phrases within figures.

A number of copies of this work survive, including one made in the Premonstratensian Abbey of St Mary and St Nicholas, Arnstein, in around the 1170s, now in the Harley collection in the British Library (Harley MS 3045). In all but one copy, the figured poem or carmina figurata is on the left, with an explanatory commentary in prose on the right-hand page. Most of the figures are in the form of a cross. 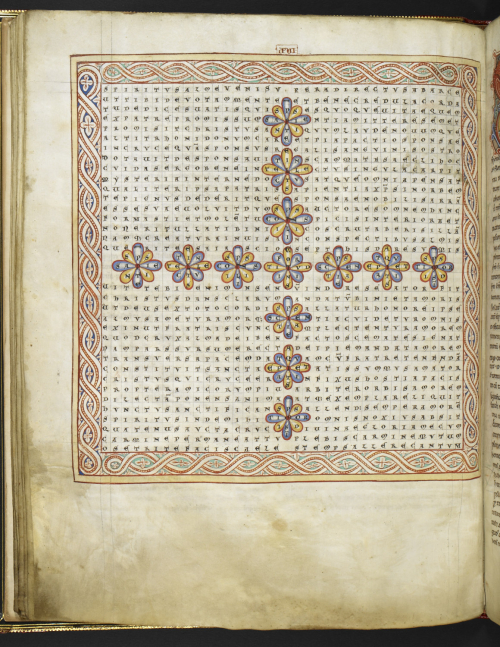 Rabanus Maurus dedicated one of his copies to Louis the Pious, King of the Franks and Emperor of the West from 814 to 840, and this dedication and image of the king is preserved in later copies. In the Harley copy, for example, Louis is depicted as a miles Christi (soldier of Christ), at the beginning of the work, with a cross, a shield and a halo. The inscriptions place the Emperor under the protection of Christ, while recalling his role as a defender and promoter of the Faith. 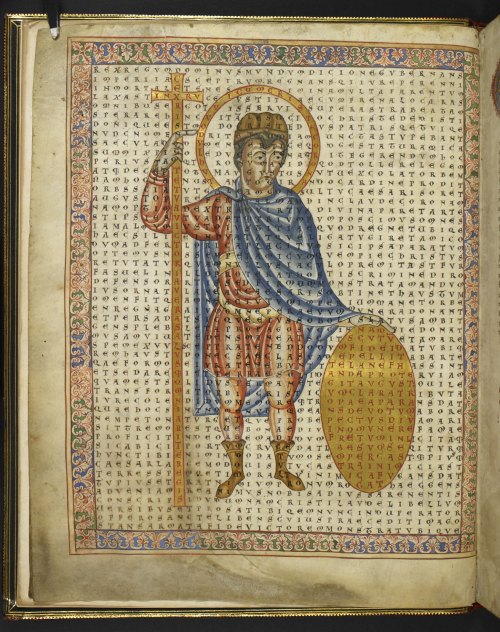 Some of the figures are in the form of letters rather than images, as in this one, which includes the words ‘Crux’ (cross), reading downwards, and ‘Salus’ (salvation), reading across. This poem is about angels, and the names of some of them are included in the figured letters. For example, the ‘u’ (shaped as a ‘v’) of Crux is formed from the word ‘arcangeli’ (archangels). 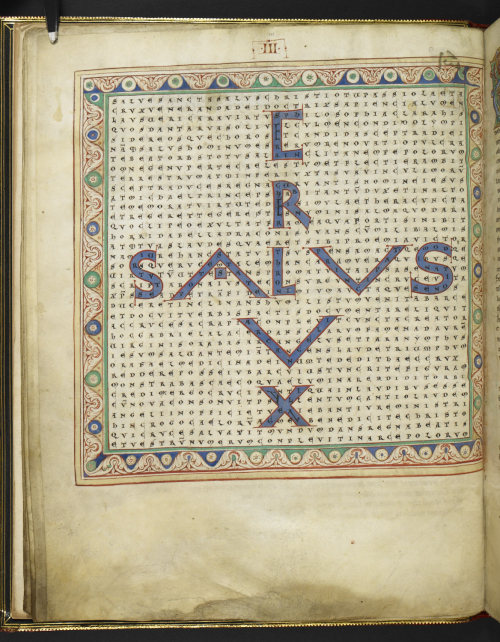 The author included an image of himself as well, portrayed as a kneeling monk below an image of a cross. His identity is made clear by the inclusion of his name ‘Rabanus’ in red letters visible on his face and habit. 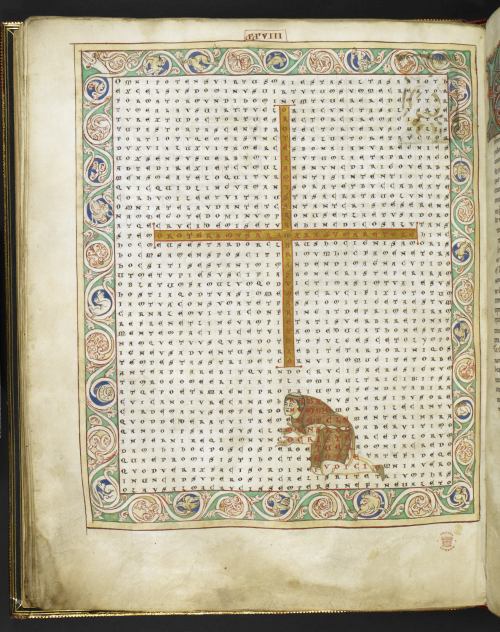 Another elegant copy of De Laudibus sancte crucis was made in the abbey of St Germain des Prés in Paris around the middle of the 11th century (now Paris, BnF, MS latin 11685). This manuscript was digitised recently as part of The Polonsky Foundation Medieval England and France 700-1200 project. 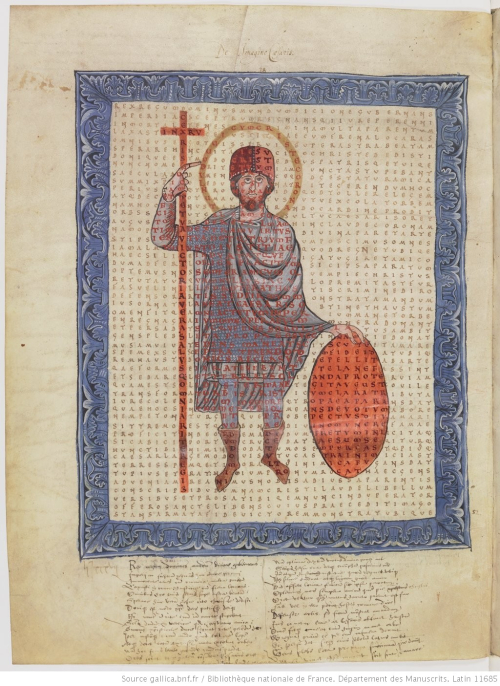 You can can also find out about some of the other manuscripts made in Arnstein in our previous blogpost about the Arnstein Bible.