Defying the emperor: the ‘Acts of Appian’ in London and New Haven

When a text on papyrus is fragmentary, there is always hope that further portions of it may turn up at some point, perhaps in a collection on the other side of the world. In one of our previous blog posts, we digitally re-united two halves of a papyrus from the collections of the British Library and Columbia University, New York. Today we will share another story of virtual re-unification and collaboration among institutions focusing on the story of Appian, an Alexandrian ambassador who stood up to the Roman Emperor against injustices.

Back of a papyrus roll preserving part of the ‘Acts of Appian’ from the early 3rd century: Papyrus 2435 verso, P.Oxy. I 33

Papyrus 2435 is a fragmentary roll bearing a register of contracts from the late 2nd century on the front-side. The roll was later reused and on the back another text was written, known as the ‘Acts of Appian’ (Acta Appiani), assigned to the first half of the 3rd century. This is the latest piece that has come down to us from a collection of texts on papyrus named the ‘Acts of the Alexandrians’ (Acta Alexandrinorum), written by unknown authors over the first three centuries AD. The surviving texts follow the format of the official minutes of legal proceedings (acta), from which their title derives.

The ‘Acta’ promote Alexandrian patriotism and anti-Roman feelings, recounting hearings of some prominent Greek citizens of Alexandria sent as envoys to the court of the emperors in Rome. These hearings usually concern conflicts between Greek and Jewish communities in Alexandria. As the emperors tend to appear hostile to the Greek delegates, the hearings become proper trials, and often end with the execution of the envoys, who are killed as martyrs of the Alexandrian cause. It is difficult to discern what is historical and what is literary fiction in these texts, but the authors of the Acta may have relied on official documents of the hearings. 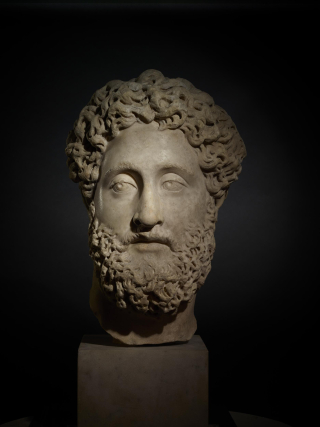 The ‘Acts of Appian’ recount the hearing of an Alexandrian ambassador called Appian, trialled before the Emperor Commodus (176-192), although the emperor is never named in the surviving portion. Appian is sentenced to death twice, but is surprisingly recalled on both occasions. He accuses the emperor of making illegal profit from the trade of Egyptian grain, hoarding it with the aim of selling it at high prices. After being called back from execution, Appian continues to defy the emperor, accusing him of avarice, dishonesty and lack of education, contrasting him to his father Marcus Aurelius, the philosopher, who was fit to rule as an emperor. After this attack, Appian is condemned to death once again, though he is granted the right to die in his robes, as a symbol of his noble status. On his way to execution, he invites the citizens of Rome to watch the show of his death. Following the complaints of the crowds in Rome, the emperor recalls him again. At this point, however, when Appian starts another argument, the papyrus suddenly breaks off leaving the narrative fragmentary. 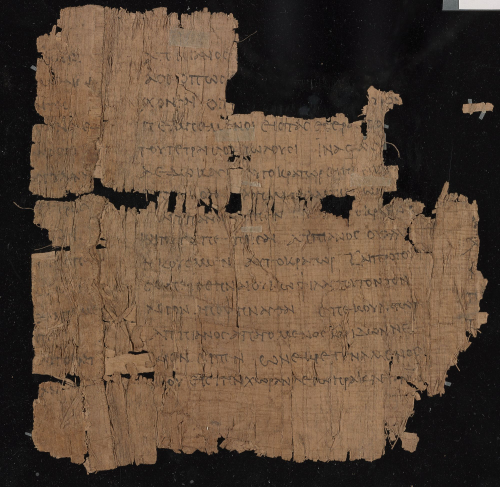 In 1933 a fragment entered the papyrus collection of Yale University, and was identified as belonging to the roll containing the ‘Acts of Appian’ now in the British Library. The fragment preserves a few letters from the first column of the British Library papyrus as well as bits of the two preceding columns, providing some missing portions from the earlier part of the account. At this point of the narrative, after having accused the emperor, Appian is being led away to execution for the first time, when he sees a dead body on the way and talks to a certain Heliodorus, who is unable to help but encourages him to face his death: dying for his fatherland will bring him glory.

Thanks to a collaboration between curatorial teams at the British Library and the Beinecke Rare Book and Manuscript Library at Yale University, high-resolution images of the two portions have been made available and the fragments have now been joined again, virtually.

The fragments re-united: on the left, the portion from the Beinecke Rare Book and Manuscript Library; on the right, the British Library piece

We are also happy to announce that the British Library papyrus is now displayed in the new Universal Viewer, compatible with the International Image Interoperability Framework (IIIF).

The account of Appian’s trial is still incomplete, and we do not know whether the Alexandrian was eventually sentenced to death, but we hope that new fragments may come to light in the future to reveal the conclusion of the story.