Elizabeth and Mary: Royal Cousins, Rival Queens, the first major exhibition to consider Elizabeth I and Mary, Queen of Scots, together, is now open at the British Library. After the delays, challenges and uncertainties of the last 18 months, the curatorial team is delighted to see the exhibition finally come to fruition and to welcome the public to it! To mark this event, Alan, Anna, Karen and Andrea have each selected a personal highlight from the show.

Alan writes, 'One of the most unprepossessing objects on display in the exhibition is a small letter. You might walk past it, having given it barely a glance. However, it is among four letters recently discovered in the British Library, all written by Elizabeth before she became queen. Such letters are comparatively rare. And this one, written from Enfield on 31 December 1547, to ‘M[aste]r Cycell attendinge vpon the Lorde Protector’, is more important than it at first might appear. In her letter Elizabeth petitioned one of the rising stars in government, William Cecil, to ‘commend’ her servant Hugh Goodacre to Edward Seymour, who was the lord protector during the minority reign of Edward VI. Cecil would become Elizabeth’s most trusted minister as queen. This letter is their first known contact, written when she was 14. Significantly, it shows how they were already bound together by their shared Protestant faith. It is also one of the earliest examples of Elizabeth’s famous italic signature.' 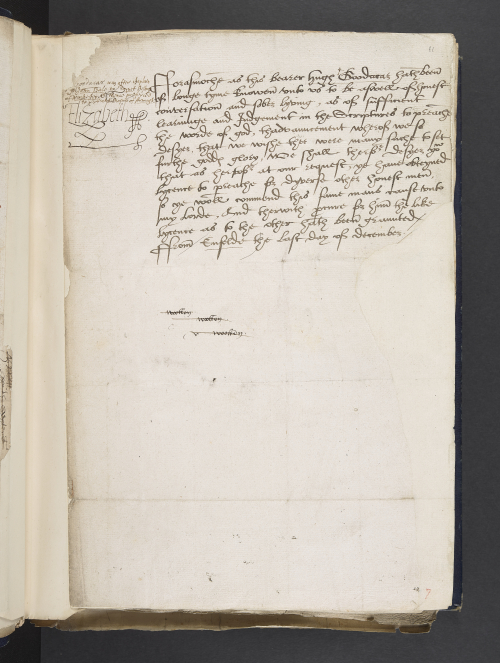 Anna has selected as her favourite item the 1558 ‘false arms’ of Mary, Queen of Scots, and her husband, the French dauphin François. 'Not only is it visually stunning, with bold colours that will catch the eye of any passing visitor, but it also illustrates the issue of the English succession that underpinned the personal and political rivalry between Mary and Elizabeth for almost three decades. As a great granddaughter of Henry VII and Elizabeth of York, Mary had a strong claim to the English and Irish thrones. Following Elizabeth’s accession in 1558, François and Mary began quartering the arms of England with their own and styling themselves ‘King and Queen Dauphins of Scotland, England and Ireland’. This act of provocation originated the distrust between Elizabeth and Mary that would culminate in Mary’s execution in 1587 for plotting Elizabeth’s death in order to seize the throne.' 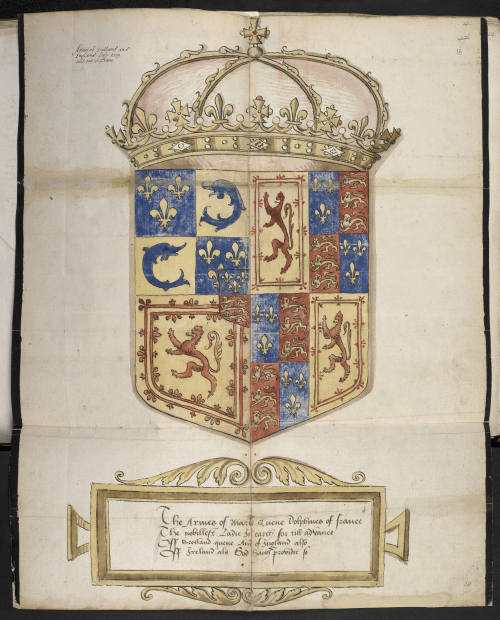 The arms of Mary, Queen of Scots and the French dauphin, and of Scotland, France and England, sent from France, July 1559: Cotton MS Caligula B X/1, ff. 17v–18r

Karen has chosen the papal bull, known as Regnans in Excelsis, which was issued by Pope Pius V and printed in Latin in February 1570. 'Written in support of the Northern Rebellion, it proved too late to affect its outcome. The decree, calling Elizabeth ‘the pretended Queen of England’, excommunicated her from the Catholic Church and threatened her Catholic subjects with the same fate should they disobey the pope. This created a problem for English Catholics: should they be loyal to the queen or to the pope? The papal bull is one of a number of books and broadsides displayed in the exhibition to show the importance of printing at the time and its ability to spread information far and wide. It is not clear how far the bull circulated in England, but it is possible that Mary, who had been in captivity in England for about two years by this point, saw a copy of it.' 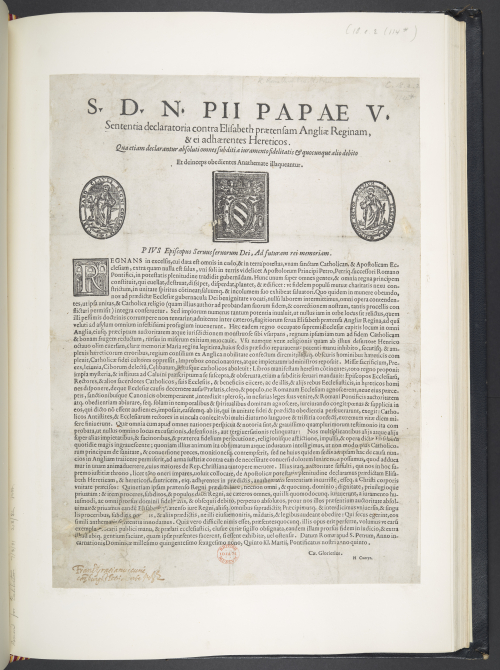 For her curators' pick, Andrea has chosen a letter written by Mary to Elizabeth in May 1568 following her deposition as Queen of Scots, her escape from captivity and subsequent flight across the English border. 'Writing in her native French tongue, Mary describes the treasonable actions of her enemies, who ‘have robbed me of everything I had in the world’ and expresses her confidence in Elizabeth ‘not only for the safety of my life, but also to aid and assist me in my just quarrel’. Describing herself as Elizabeth’s ‘very faithful and affectionate good sister, cousin and escaped prisoner, Mary begs for an audience; ‘I entreat you to send to fetch me as soon as you possibly can’, for ‘I am’, she bemoans, ‘in a pitiable condition, not only for a queen, but for a gentlewoman, for I have nothing in the world but what I had on my person when I made my escape, travelling sixty miles across the country the first day, and not having since ever ventured to proceed except by night, as I hope to declare before you if it pleases you to have pity, as I trust you will, upon my extreme misfortune.’' 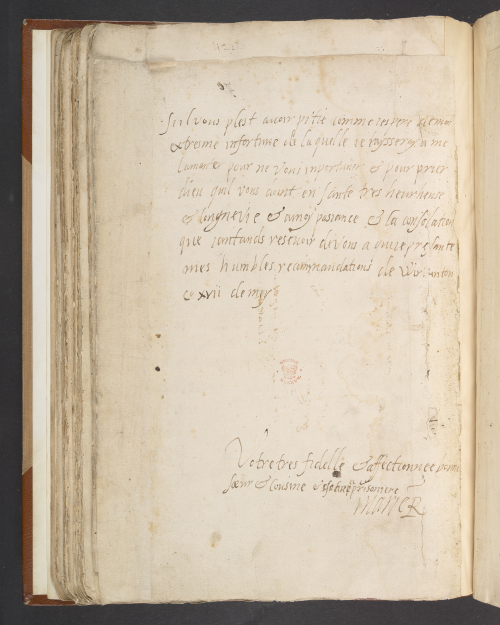 The exhibition explores how Mary’s arrival on English soil plunged Elizabeth and her government into a political predicament that would not end until Mary’s execution in 1587. On display is a magnificent array of letters and papers, books, maps, paintings, sculptures, textiles and jewellery, creating a tangible connection to unfolding events and inviting visitors to step back into a world of religious turmoil, espionage, treason and war.